An epic acceleration, unlike any rebound many contractors have ever experienced, is playing out across the Southeast in 2021, making for a marked change from the sudden and massive uncertainty that infected last year’s construction economy. “As crazy as it’s ever been” is a reasonable summation of the sentiments recently expressed to ENR regarding the onslaught of new project opportunities facing Southeast contractors, especially those in the building markets.

Overall, the demand for new projects is more than the Southeast construction industry can handle with its current workforce, and firms will need to make considered choices with their pursuits.

“The [number of] contracts that we sign in 2021 is completely driven by the capabilities of our field resources and our office resources,” says Jim Gorrie, CEO of Brasfield & Gorrie, which took the top spot on this year’s Southeast Top Contractors ranking. 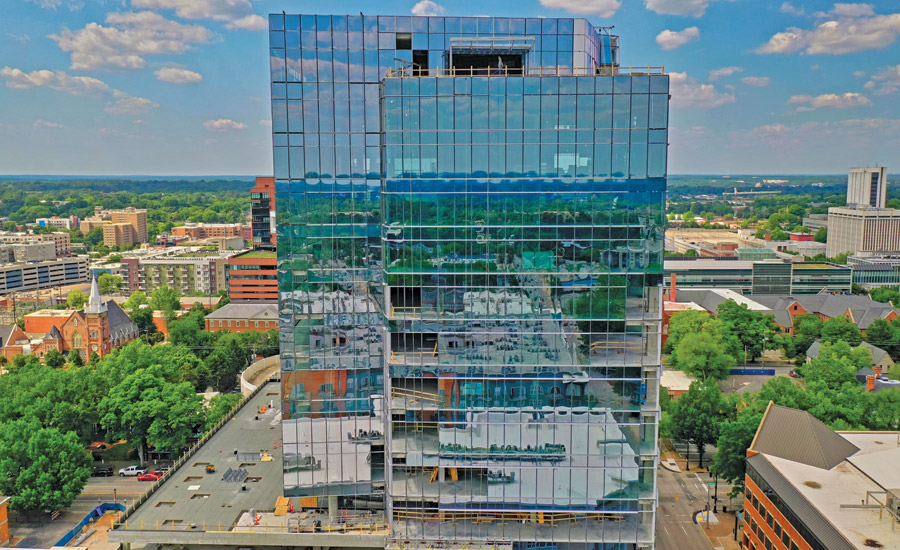 The challenge to deliver with available workforce will be considerable, Gorrie says, adding that 2021 should provide plenty of opportunity for growth.

“There’s just too many good things going on out there,” he says.

With more segments of the national and regional economy unwinding from months of coronavirus restrictions, Southeast contractors are finding that the “newer normal” is in many ways not all that different from other recent years.

“COVID simply pushed the pause button,” observes Baker Glasgow, vice president of construction, Clancy & Theys Construction Co., noting that Raleigh’s construction market remained strong despite a handful of delayed and canceled projects. “Now everything is ramping back up to pre-COVID 2020 levels and beyond,” he says.

Rex Kirby, president and CEO of Verdex Construction, West Palm Beach, Fla., agrees, noting that project opportunities “have increased dramatically and the projects that were temporarily delayed during COVID are all back under construction.” 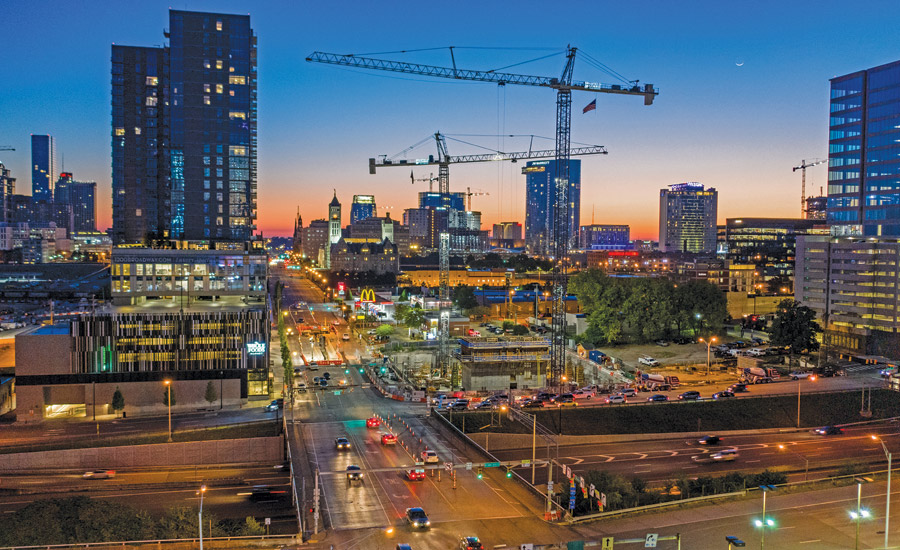 As relatively brief as the Southeast’s dip in activity may have been, however, it was hardly immune to multiple dynamics that have disrupted domestic and international supply chains. The sudden, post-COVID demand for lumber and other materials has resulted in shortages, protracted lead times and price spikes, complicating cost structures that could potentially keep some projects sidelined indefinitely.

“It is taking a lot more time and effort to get to a final price on new projects because of the material costs, and subcontractors aren’t able to hold their prices because of the volatility,” Kirby says. “So we have a lot of opportunity, but we have to see how many projects go forward. We are working with owners up front to identify the right systems and products based on the pricing out there.”

“We are concerned about a potentially increasing number of subcontractors failing when they cannot absorb the historically high escalations,” Casey adds.

Craft labor, perhaps the most precious construction commodity of all, has become even more scarce, with contractors struggling with regionwide shortages.
“It seems we could always use 15% more people than we have,” laments Mike Bartlett, executive vice president of JE Dunn, Atlanta. Bartlett worries that the problem will only grow worse as paused projects resume and new work gets greenlighted. “It’s like a double down when it comes to the need for workforce,” he says.

Despite the constraints, most contractors see the remainder of 2021 as a transition to a market more reflective of pre-pandemic prosperity. Barlett says construction market data for Atlanta points to 2022 essentially picking up where 2019 left off. “That feels right,” he says, citing multifamily, industrial and manufacturing sectors as “hyperactive markets” that will help fuel that growth. Health care and data centers are also frequently cited as regional market drivers.

On the other hand, sectors particularly hard hit by the pandemic—hospitality and office—will likely recover more slowly.

“It is taking a lot more time and effort to get to a final price on new projects because of the material costs, and [specialty contractors] aren’t able to hold their prices because of the volatility.”
—Rex Kirby, President & CEO, Verdex Construction

“Nothing seems to be coming to fruition for a year or so,” says Glasgow. “We are all still in a wait-and-see mode.”

Less certain is what kind of additional infrastructure funding may come from the federal government, which Casey says will likely delay spending decisions on the state and local levels. But he declined to speculate on what form that funding may take.

“I stopped trying to forecast political outcomes long ago,” he says. 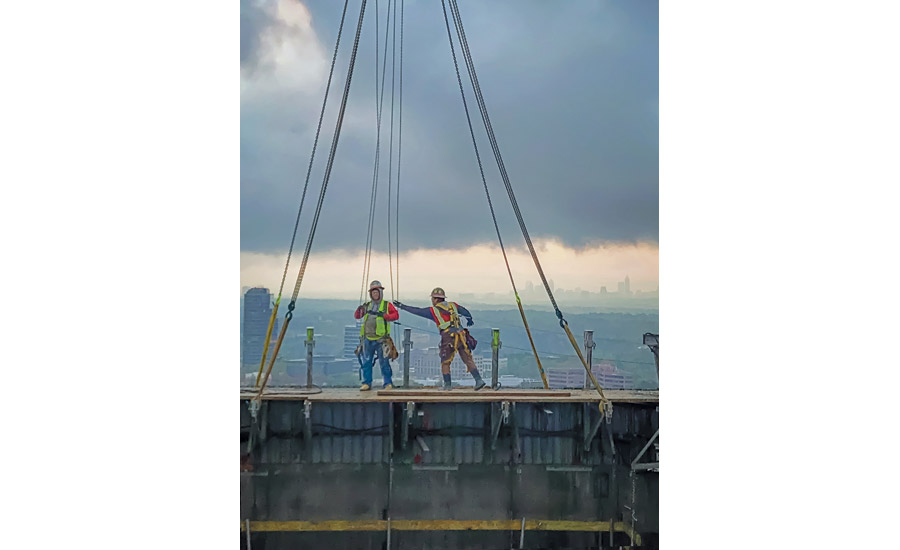 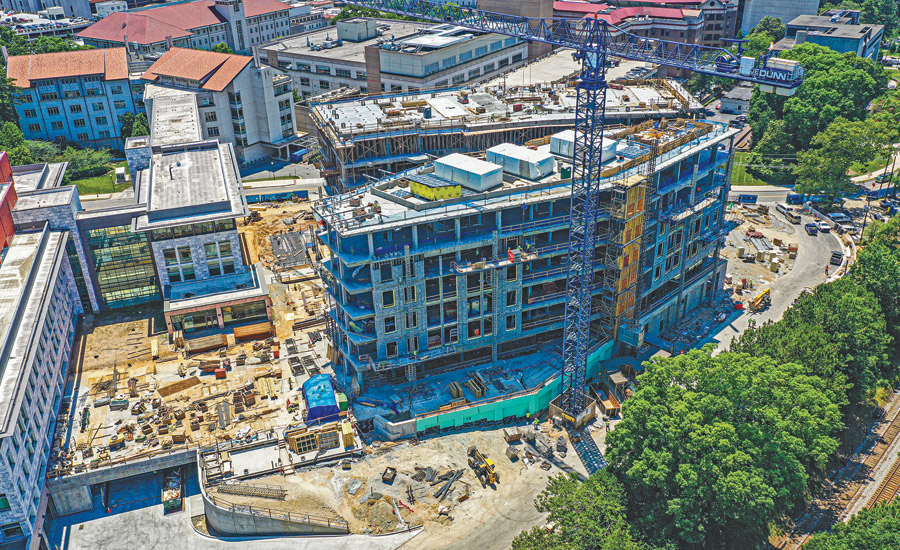 ENR Southeast’s Top Contractors survey ranks firms based upon regionwide revenue. Along with revenue, the main ranking includes other information about each firm, such as top markets and recent contracts. Additionally, there are breakout lists ranking firms based upon state and market sector revenue.