This website requires certain cookies to work and uses other cookies to help you have the best experience. By visiting this website, certain cookies have already been set, which you may delete and block. By closing this message or continuing to use our site, you agree to the use of cookies. Visit our updated privacy and cookie policy to learn more.
Home » AIA Chicago Abruptly Announces Departure of Longtime Executive Director
MidwestMidwest Construction NewsDesign
Association Managers 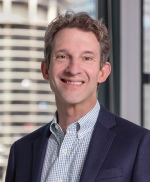 One of the largest American Institute of Architects chapters, AIA Chicago, abruptly dismissed its highest ranking staff member, Zurich Esposito, on Aug. 13, and some chapter members are pushing back.

A terse statement by the chapter's directors said only that Esposito "is no longer with AIA Chicago." The chapter later expanded its explanation to say the detailed reasons were being withheld out of respect for those involved.

"I’m humbled by the overwhelming support of the Chicago design community I’ve served for the past 14 years,” said Esposito in a written statement to Architectural Record. He declined further comment.

In 2018 Esposito, who is gay, created AIA Chicago's first LGBTQ sub-group —the AIA Chicago LGBTQI+ Alliance. "There are groups in Chicago that are supportive of women in architecture, Latinos in architecture, African-Americans in architecture," he said at the time, "yet there is no specific group made up of and supporting the LGBT members of the community."

Esposito is not an architect by trade, he has a master’s degree in historic preservation from the School of the Art Institute of Chicago, but was made an honorary member of AIA for his work with the chapter in 2017.

AIA Chicago's expanded explanation of Esposito's dismissal said it was not a rash or hurried act. "Regarding the departure of our former executive vice president, the decision made by the Board of Directors was thoroughly and carefully considered. Out of respect for all parties, additional details will not be shared."

That may not satisfy Esposito's many supporters and admirers.

"The board's abrupt removal of Zurich from his position demonstrates questionable and inexperienced behavior," said a Change.org petition created by Mark Schmieding, director of digital practice at Goettsch Partners and an AIA fellow. "Those actions not only failed Zurich, an invaluable advocate for all of us, but they failed the entire design community as well."

As of Aug. 28, 377 people had signed the petition including other members of the College of Fellows such as Carol Ross Barney and Jim Goettsch.

"Zurich is an inspirational leader and he has my full support," Ross Barney, who designed the Chicago Riverwalk and the Federal Building in Oklahoma City, said. "The AIA Chicago Board’s clandestine actions are disturbing. Both Zurich and the members deserve better."