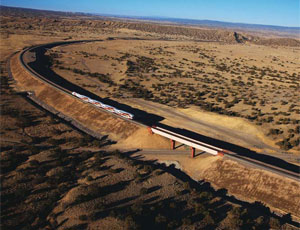 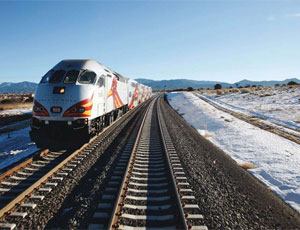 Adding 50 miles of service to its territory, Phase II of the Rail Runner Express has already exceeded usage projections, with almost 4,800 riders using the train per day. Completed in 14 months with a budget of $128 million and an impressive safety program, the Express splits from an existing BNSF line north of Bernalillo and runs five miles through Waldo Canyon. The train then seamlessly enters the median by traversing through the south pair of CBRs and underneath northbound I-25. The CBRs allow the Express to run underneath I-25, and have an added benefit of being a more cost-effective measure that is also more aesthetically appealing to the public.

Best of New Mexico: Our Lady of Guadalupe Franciscan Friary