This website requires certain cookies to work and uses other cookies to help you have the best experience. By visiting this website, certain cookies have already been set, which you may delete and block. By closing this message or continuing to use our site, you agree to the use of cookies. Visit our updated privacy and cookie policy to learn more.
Home » Best of Nevada: McCarran International Airport Terminal 3 Early Site Civil Package
SouthwestSouthwest Construction ProjectsFeatures

Submitted by McCarthy Building Cos. 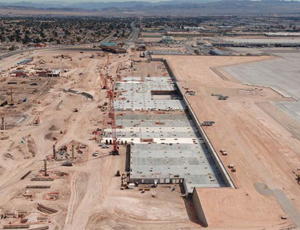 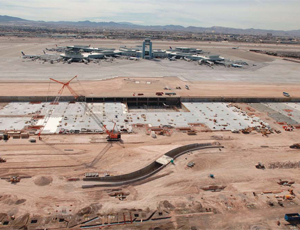 The team excavated 600,000 cu yds of material, but first they had to lower the site’s water table by 50 ft. To do this, McCarthy created an extensive dewatering plan for the first 14 months of the project.

To help speed up the assembly of the ATS tunnel, the mechanical subcontractor pre-assembled hydronic piping to be hoisted into the tunnel rather than putting it in piece by piece. A section of the concrete roof was left off at certain intervals so pre-assembled piping could be flown in. After the piping was installed, the concrete team would pour back the lid. This method of pipe installation proved to be extremely efficient. In addition to the tunnel, there were 7,154 cubic-yards of pier caps and grade beams installed.

The judges were impressed by how well the construction team executed, staged and sequenced the project.

Best of the Best Airport/Transit: Dallas/Fort Worth International Airport Terminal A Phase II