Green in the Desert 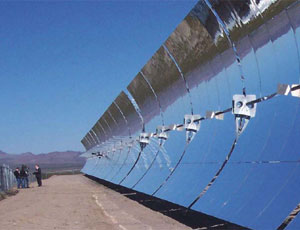 Photo courtesy of ACCIONA
To support recent legislation requiring up to 20% of Nevada�s power to come from a renewable resource by 2015, ACCIONA�s Nevada Solar One underwent a $3.1-million addition. 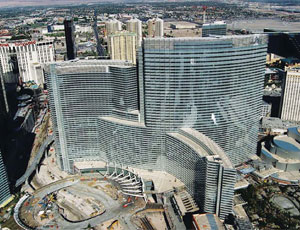 State legislation passed in 2005 offers incentives through tax cuts and other financial benefits to sustainable developments that achieve LEED certification.

It has since inspired projects such as the $8.5-billion CityCenter development on the Las Vegas Strip to pursue gold certification and the $245-million Smith Center for the Performing Arts in downtown Las Vegas to go for silver. Other legislation encouraging renewable power use and development helped spur a $3.1-million addition to Nevada Solar One near Boulder City.

CityCenter, an 18-million-sq-ft complex of residential, hotel and entertainment space, sits on 67 acres between the Bellagio and Monte Carlo resorts.

“From the beginning we believed that intelligent design and sustainable practices would reinforce a sense of permanence for CityCenter and create a healthier, more appealing environment for guests, residents and our workforce,” Bobby Baldwin, CityCenter president and CEO, says in a statement.

Developer Rises From the Desert Dust To Alter the Landscape