Michelle Dippel has been named head of HNTB’s Western division, overseeing vital and complex infrastructure programs in growth markets in 13 states. She will be based in the firm’s Los Angeles office.

Carol McKenna has been hired to fill XL Construction’s newly created role of vice president for people in its organizational development group. McKenna will focus on expanding the company’s integrated talent management program as well as the acceleration of its diversity, equity and inclusion program (DE&I).

Diana Timpson has been named senior project manager of rail transit with HNTB. She will serve as design manager for Sound Transit’s West Seattle to Ballard light rail project.

Shalonda A. Baldwin has joined WSP USA as a senior director of the enterprise management and strategy team for the company’s advisory national business line. She is the former executive officer of LA Metro and will be based in the Los Angeles office. 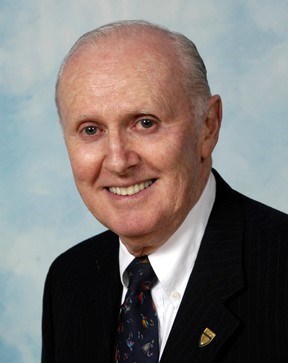 William P. “Bill” Henry, 84, a former Bay Area and Seattle civil engineering leader who went on to push for tougher industry anti-corruption measures as national president of the American Society of Civil Engineers, died in November of brain cancer, said an online obituary. A water sector specialist, he co-founded consulting firm Aqua Resources Inc. and was its president and chairman. Henry also worked for industry firms Bechtel, Parsons Brinckerhoff and CH2M Hill and was San Francisco ASCE chapter president, said ASCE. As the national association president in 2005, Henry steered an effort to reinforce ethical behavior in engineering and construction, engaging 90 other global groups, which created an historic charter that compels members to report bribery, fraud and kickbacks on projects worldwide. Violations could lead to revoking a professional engineering license. "With the increase in globalization of engineering practices, there is critical need to address global principles for professional conduct," said Henry. "We need to instill this in the next generation of engineers as well." Henry was named an ENR Newsmaker for leading the effort, with other groups also becoming signatories. In an editorial, Arthur J. Fox, the late ENR editor emeritus, noted his active global promotion of the policy, particularly to the World Bank, Transparency International and other global lenders and advocacy groups. Henry also was a strong ASCE advocate of industry diversity. Among other recognitions, he was one of the first diplomates of the American Academy of Water Resources Engineers and received the California Water Environment Association’s Order of the Silver Cover.

Tracy Stigers, vice president of environmental engineer and construction services firm Brown and Caldwell, Walnut Creek, Calif., has been elevated to be its design chief engineer, leading its design work in North America and in its Pacific region. She was manager of the San Francisco Public Utilities Commission’s $2.3 billion Biosolids Digester Facilities Project, the firm's largest value design job, and is a former board member of the Water Environment Federation.

Jason Dries-Daffner has been named chief operating officer for MBH Architects based out of the San Francisco office.

Balram Gupta has been hired as Walter P Moore’s health care market leader for the West Coast region. He is based in Los Angeles.

Christopher Foster has joined Swinerton as the organization’s director of national facility solutions and will be based in the Seattle office.

Seattle-based environmental consultant Anchor QEA has named Po-Sun Chen as CEO, in what the firm says is the first transition in the role since its founding  in 1997. He most recently was vice president and general manager at BrightView Holdings Inc., a national commercial landscape services firm that is publicly traded. Chen succeeds John Verduin, who is leaving the firm. The new CEO has been an Anchor QEA board director since 2021. The firm says it has more than 450 employees in 25 U.S. offices.


MG2 has hired Johnny Klemke as a performance analyst and Jennifer Collins as a sustainable materials specialist, both in the firm’s Seattle office.

Eric Long has been promoted to structural engineering partner with Skidmore, Owings & Merrill and will work from the firm’s San Francisco and Los Angeles offices.

Kennedy Jenks has promoted Spencer Archer to national director of design-build. Archer will be based in the firm’s Sacramento office.

Joycelyn Yue has joined Skanska USA Building Inc. as national director of vendor diversity and will be based in Los Angeles.

Syska Hennessy Group has promoted John Passanante to executive director, practices area and will be based in Los Angeles.