The transformation of this eight-story 1970s structure created a unique and engaging workplace that celebrates the site’s urban connectivity.

Because its location above active transit tunnels and near an elevated railroad precluded the use of tower cranes, the project team gained approval to use a luffing crane mounted atop an adjacent roof to safely handle material and equipment lifts. Another constraint of the urban setting—limited laydown space—necessitated just-in-time deliveries, which also minimized waste and trash.

The building’s age presented a host of challenges as well, including achieving construction tolerances that were more precise than those of 50 years ago. For example, inconsistent slab edges required the team to establish new control points and build out the existing structure to support a modern curtain wall system. 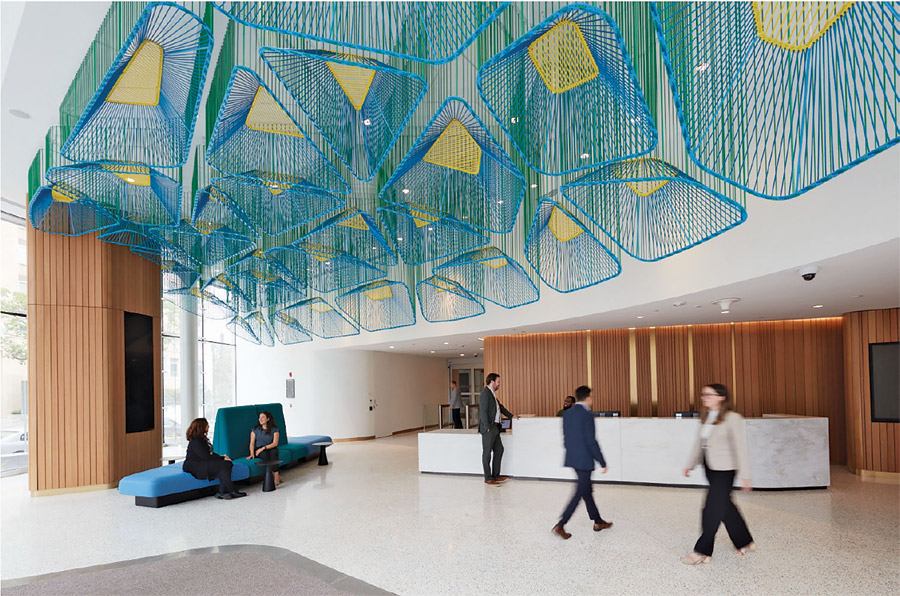 The project team also had to take out the existing basement to increase foundation strength in order to support the addition of three 20,000-sq-ft floors to bring the building’s height to 11 stories. The project also features a 9,500-sq-ft penthouse level and a new rooftop terrace. Work included repairing degraded concrete slabs and rebar and using carbon fiber-reinforced polymer (CFRP) wrapping to strengthen 120 micropiles and 110 columns.

Design-assist trade contractors played a critical role in supporting ongoing design as construction got underway. During design of a new mechanical room in Levels A and B of the parking garage, for example, the project team discovered that there was insufficient space to configure the new mechanical equipment on Level B alone.

A redesigned layout created a double-height space, including a mezzanine, within a portion of Level A that provided sufficient clearance to place equipment on both levels while also preserving space originally intended to be used for other functions. This also reduced the amount of concrete cutting and structural reinforcement needed to accommodate the building systems. 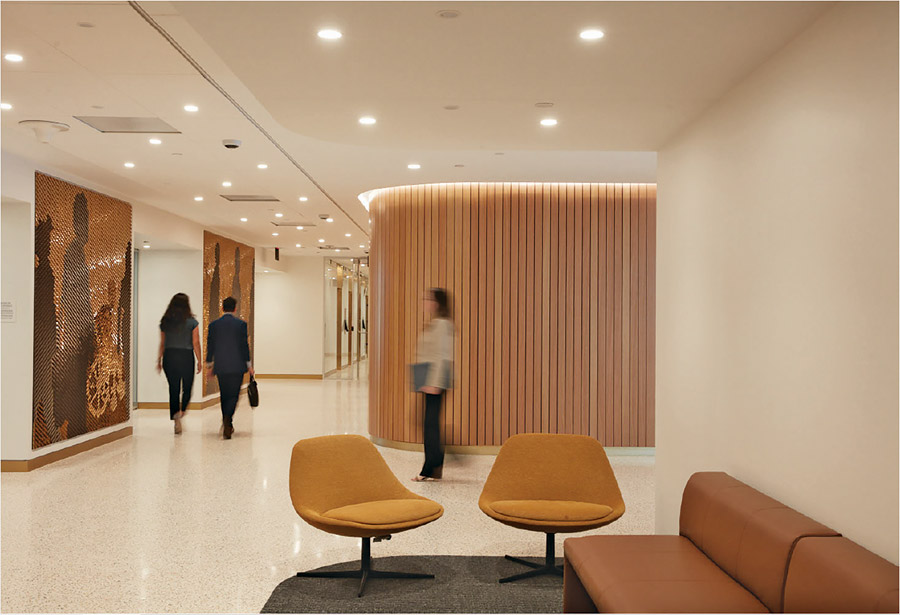 The resulting office headquarters integrates seamlessly into the existing foundation while completely transforming the interior and exterior elements into a 205,000-sq-ft, high-performance LEED Gold facility. The purchase of energy credits will put LEED Platinum certification within reach.

Outside, the building’s curved stone base evokes the way buses and trains make wider turns, while the glass and metal office tower reference the rhythm of riders gathering at stops. Upon entry, Metro employees and visitors are welcomed by three sculptures inspired by characteristics unique to the nation’s capital, including the region’s vibrant cherry blossoms and coffered ceilings found in traditional transit and civic architecture.

The $140-million project was completed in 34 months with a 1.4 OSHA recordable incident rate and a .07 lost-time accident rate during more than 569,000 worker-hours.