A contractor that claims a former company executive stole from it by surreptitiously altering a contract after it was signed cannot recoup losses from its insurer, a federal judge ruled Aug. 30.

In a complaint filed in the U.S. District Court for Eastern Virginia in Richmond last year, Heartland alleged that its then-president, Matt Hemmis, later edited the contract in secret into a less favorable agreement, for direct costs plus 2%. Hemmis knew he would be leaving Heartland, and was already working as vice president of PJ Potter on the side without Heartland’s knowledge or consent, the company alleged.

According to the complaint, Suffolk, Va-.based PJ Potter is owned by Hemmis’ father, Dennis Hemmis. 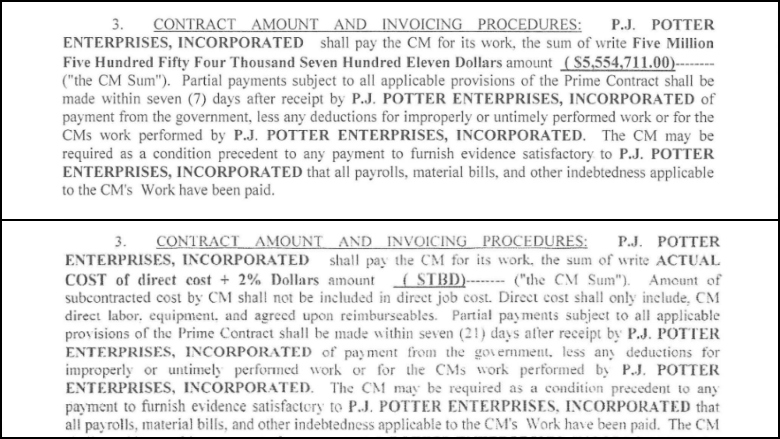 Heartland tried making an arbitration demand seeking payment from PJ Potter, and ultimately turned to its insurer, Hartford, Conn.-based insurance company Travelers Casualty & Surety Co. of America, seeking more than $860,000 based on the employee theft provision of its policy.

However, District Court Judge Roderick Young found that the contract itself did not represent money or a security under the terms of the policy. Young had previously found that forgery and computer fraud provisions also did not apply in this case.

“The fixed-price [construction management agreement] does not represent money with intrinsic monetary value,” Young wrote in his Aug. 30 opinion. “Rather, the fixed-price CMA establishes a legal relationship that allows [Heartland] the opportunity to earn money through performance as specified within the contract.”

Attorneys representing Heartland and Travelers did not immediately respond to inquiries. An attorney for PJ Potter declined to comment.