As the industry navigated post-pandemic supply chain issues and a tight labor market in 2021, top contractors in the Western states registered mixed financial results. While the largest contractors in California were generally flat to down, contractors in the Pacific Northwest garnered solid revenue gains.

Meanwhile, the ENR Northwest Top Contractor list for 2022, which ranks firms based on 2021 revenue from Oregon, Washington and Alaska, shows that the 10 largest contractors registered a combined $8.76 billion in revenue—up an impressive 19.5% from their 2020 totals. Skanska, which retains the top spot in the rankings, remained statistically flat, while GLY Construction saw regional revenue drop 7.3%.

Despite a 7.5% regional revenue drop from last year’s ENR California survey, Swinerton maintained its long-held spot at the top of the rankings. Eric Foster, chief executive officer at Swinerton, says the company pivoted during the pandemic from markets such as commercial office to affordable housing and life sciences. “We’ve held a steady 14-month backlog,” Foster says. “Typically in changing economies, the targets can change a little bit, but overall this economy seems to still be very strong.”

Foster adds that he expects health care to remain robust for the foreseeable future and that higher education is back at a strong pace after a pause during the pandemic. As a company that tends to avoid megaprojects and focuses on jobs that are $200 million and below, Foster notes that projects on shorter schedules continue to struggle with supply chain issues. “It can take 36 weeks to get solid wood doors right now, and that’s longer than some small projects take,” he says. 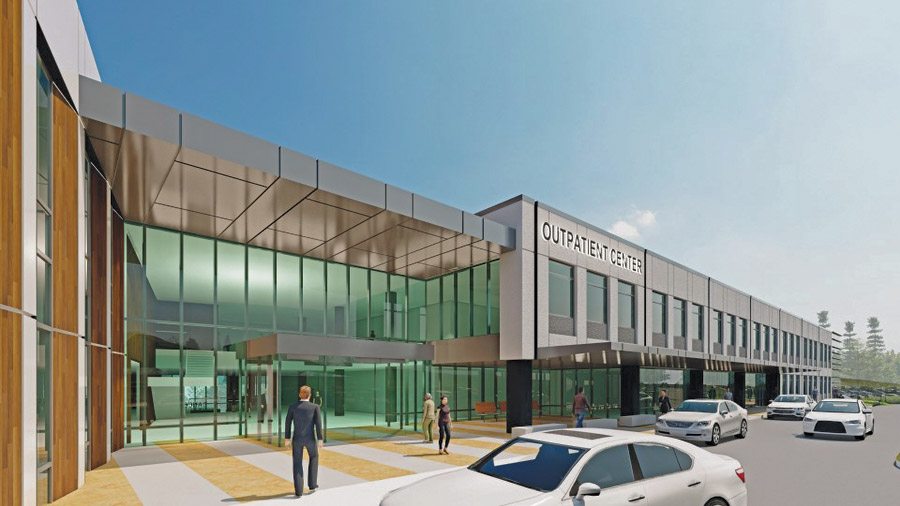 Life sciences has also been a top market sector for DPR Construction, says Jody Quinton, DPR’s Northwest regional leader. DPR, which remained relatively flat in California with a 1.7% dip in revenue, also saw health care continue at a steady pace. “For us, a lot of the health care work that is just now moving into construction was awarded prior to the pandemic,” she says, noting that the company has backlog out to 2026.

Hensel Phelps emerged as one of the strongest performers in this year’s ENR California ranking with revenue up 15% over the previous year. The company rose from the third spot in 2021 to No. 2 this year. Aviation has been a very strong market for the company in recent years with work at Los Angeles International Airport and San Francisco International Airport.

“While some projects were impacted [during the pandemic], others accelerated,” says Brad Jeanneret, executive vice president at Hensel Phelps. “Our aviation work accelerated when terminals shut down and projects could be fast-tracked.”

Jeanneret says health care work remains steady and that Hensel Phelps has continued to secure more backlog in that sector. “The magnitude of some health care jobs is substantial,” he says. “Jobs are getting larger as [owners] want highly flexible spaces that can be converted as needed to handle something like a future pandemic.” 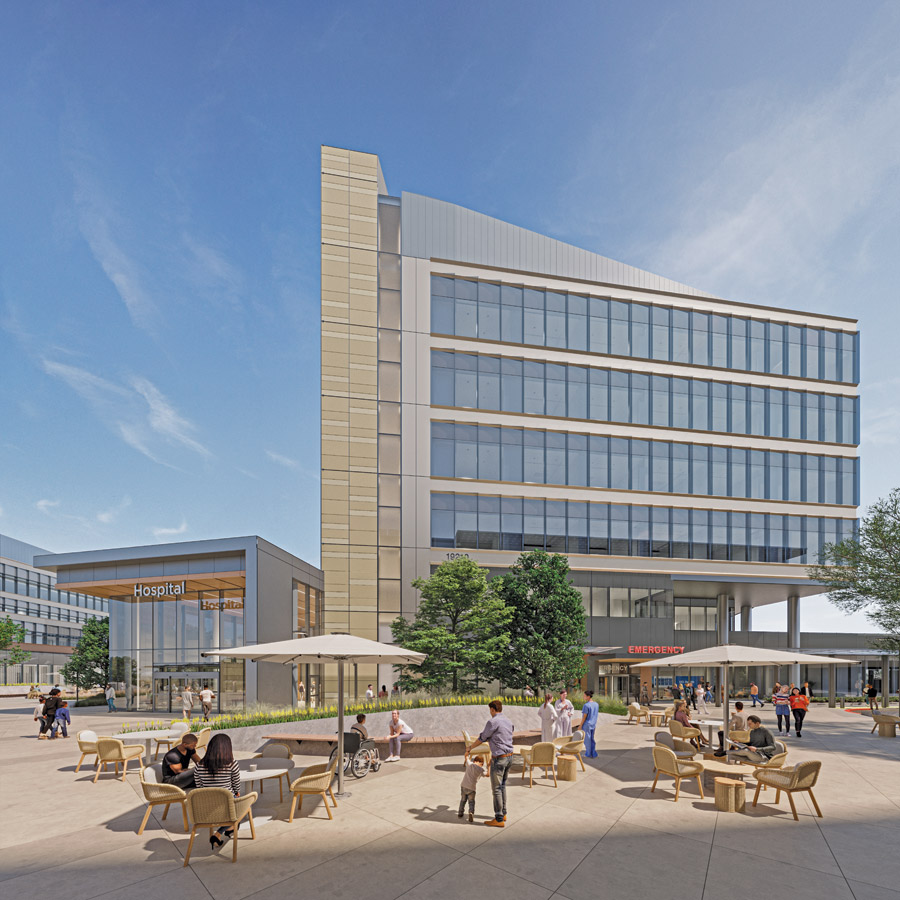 In Hawaii, Hensel Phelps continues to deliver projects for the U.S. Dept. of Defense, the state of Hawaii and municipal jobs. Jeanneret notes that the hospitality sector, which hit a hard pause during the pandemic, has been slow to return. “I don’t have a crystal ball, but it could be a couple years before it comes back strong again,” he says. “They have guests again, but they are trying to regain revenue before expanding.”

Aviation has also been particularly strong for PCL, which saw total 2021 regional revenue rise 12.8% over 2020. The company wrapped up its work on the LAX Midfield Satellite Concourse while ramping up efforts on a $1.1-billion consolidated car rental facility there. “Having big megaprojects like that in the funnel helped support our overall numbers through the pandemic,” she adds.

“Typically in changing economies, the targets can change a little bit, but overall this economy seems to still be very strong.”
—Eric Foster, CEO, Swinerton

Layton Construction continues to climb up the rankings since it merged with Structure Tone in late 2019. Last year, Abbott Construction also merged with Structure Tone and now reports to Layton. Between 2020 and 2021, the company saw its annual revenue in California and Hawaii climb from $420 million to $629 million, sending it from No. 31 in the ENR California rankings to No. 21.

Dave Layton, president and CEO of Layton Construction, says the company continues to tap into opportunities with its existing repeat customers but Structure Tone has helped to bring new customers. He says the combination of the three companies has led to strong growth in health care and mission critical work, in particular. “There are a lot of projects we likely would not have pursued without [Abbott’s and Structure Tone’s] involvement and vice versa,” he adds.

Foster says Swinerton is already hearing concerns from some clients. “Inflation is a constant conversation,” he says. “[Clients] are trying to do budgets right now, and you just have to work through them carefully to minimize surprises.” 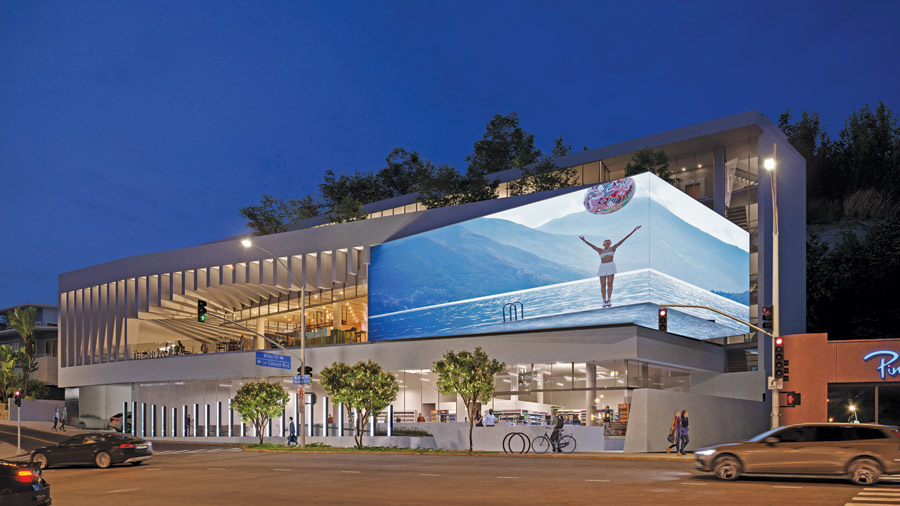 Quinton says that employers may also start to pull back, noting that some tech firms have recently announced hiring freezes, including Facebook and Google. “That will affect the workplace market,” she says. “Some are pausing hiring but also trying to see how remote work plays out.”

Layton says he believes it is likely that construction activity will slow industrywide in the coming years, but he believes it could end up being a positive.

“Supply chain and labor resources have been stretched so thin that a little break to get supply chain back and get labor resolved could be a healthy thing for our industry,” he says. “A recession would be hard on our industry, but many of us welcome a little easing of the pace back into a realm where it can be managed with more predictability.”