Top Contractors Firm of the Year

When Gary Joeris’ father started a construction firm in San Antonio in 1967, the younger Joeris’ eyes were opened to an opportunity he’s focused on ever since.

“I decided early on in that was the direction I wanted to go,” he says. As a student, he worked construction during summers, joining his dad’s company full-time after graduation and becoming more active in its operations, and eventually taking over as CEO upon his father’s retirement. Joeris credits his dad for being a great teacher while also allowing him the freedom to take the firm in a new direction through a purposeful strategic planning process.

That strategic planning and culture-building effort began in the early 2000s and seems to be paying off. Joeris General Contractors broke records in 2021, bringing in almost $761 million in revenues—a 14% jump from 2020. The firm received recognition from several local industry and business organizations, and was named ENR Texas & Louisiana’s 2022 Contractor of the Year. 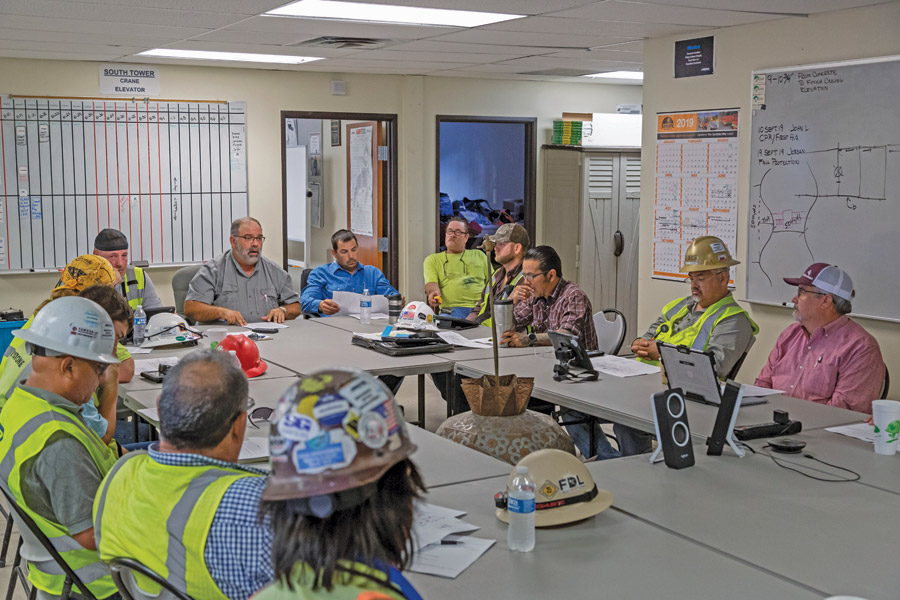 Joeris values trade partner relationships as much as it does owners.
Photo courtesy of Joeris General Contractors

“One of the first things we started looking at is what were the possibilities in five-year time increments, and how we needed to change our staffing to look at those growth opportunities,” Joeris says about the strategic planning process. He adds that having a clearly defined purpose behind its recruiting processes was “a huge help.” He also created an executive leadership team and an incentive plan for employees.

While Joeris remains the majority stockholder, one of the first tasks of the leadership team was to establish a second-generation employee ownership plan via an S Corporation structure. What started as a group of eight has since grown to ownership by nearly 110 employees, more than 20% of the firm’s staff. 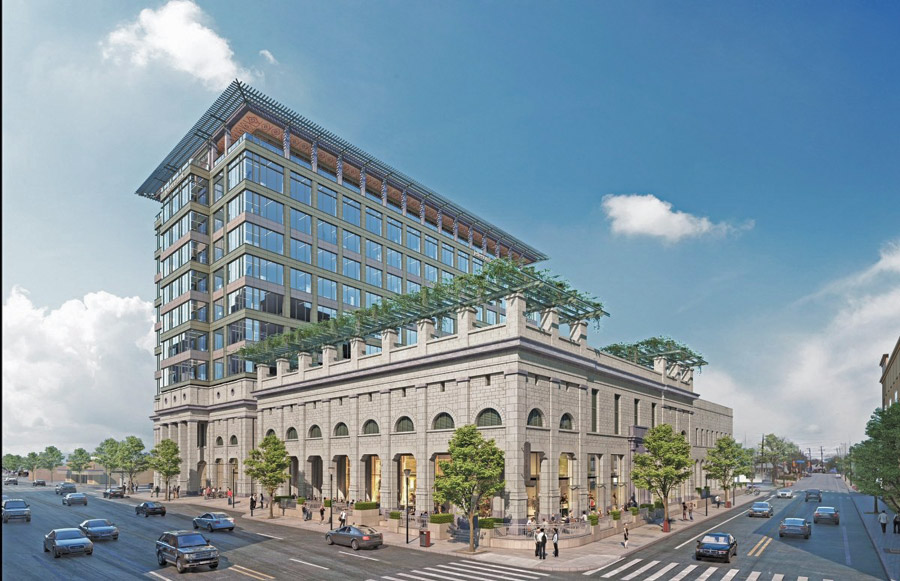 Executive vice president Angela Cardwell says the process revolved around “how are we going to grow our people?” She says the number of employee owners grows every year, but not by any set percentage. Criteria for ownership, established by the leadership team, includes factors such as performance, loyalty and longevity.

“We have people in the field, field laborers, a carpenter’s foreman, that worked their way up through the organization that are now owners, so it’s spread across the entire organization,” she says.

“We’ve grown from simple growth by volume to improvement by processes and by who we are and how we show up,” Joeris adds. Execution of the plan is an ongoing process aimed toward continual improvement, which led the firm to update its mission, vision and values in 2019.

“Gary’s always had a vision to grow us,” says Kenny Fuller, president of Joeris. “From the very beginning, it was a buy-in to the vision, and then a development of that and what that meant to all of us. He’s never come in and dictated it. He gets buy-in, he gets people involved; he gets decisions made as a group.”

Leadership training programs were executed as part of the plan and are key to developing and propagating a unique company culture, says Fuller. “We started working on culture in a really big way, and that started first with communication.”

He says the values-based training was not only used throughout the company internally but also with owners and trade partners, adding that the result is both “are seeing us in a way that they really want to partner… and in a way that people feel valued.”

Longtime client Bill Shown, managing director of real estate for Silver Ventures, says “it’s the people and the culture” when asked what makes Joeris different. Silver Ventures is the owner and developer of Pearl, the 23-acre site of the former Pearl brewery in San Antonio that Joeris General Contractors helped transform into a mixed-use development.

Shown first began working with Joeris nearly 20 years ago. The relationship came about after a contractor shortlist and an interview for a parking structure project.

“They just stood out among the interviewees, and so we selected them based on that interview,” he says. “The relationship grew to the point now that they’re just part of our company.” Since then, the companies worked together on several hundreds of millions of dollars’ worth of projects, both small and large, Shown says. 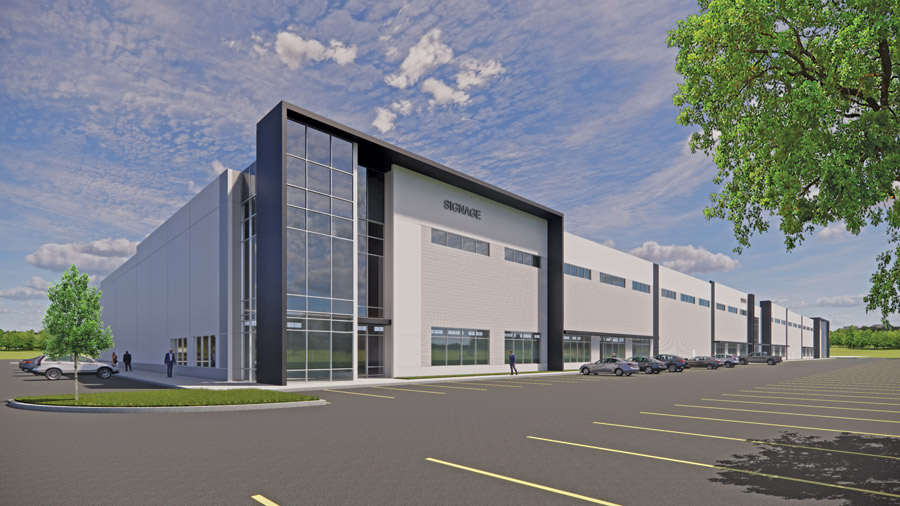 “They are our go-to, best contractor partner. Period, end of story,” Shown says. “I know that that term is often thrown around loosely and in the owner-contractor-architect relationship world. Never have I felt any in any way that we were adversarial to one another…and when I say never, it’s all caps, bold and underlined.”

Though San Antonio has always been home for Joeris, the firm has expanded geographically, driven primarily by client needs. The firm opened a Dallas office in 2012 and built the new Dallas College Construction Science Building that is part of a program providing training to craftspeople. The contractor’s Austin office has helped manage several projects for the Austin Independent School District. The firm’s newest office is in Houston.

The company is working with H-E-B and Huckabee Architects to donate resources to help build a replacement school for Robb Elementary. “We’ve never had a more powerful opportunity to live our mission,” Cardwell says.

While they’ve always considered themselves a Texas contractor, Joeris recently sent crews to Louisiana to support a longtime client in the grocery business.

Retail and school construction have been key markets for Joeris throughout its history and will continue to be a focus. However, the firm looks to broaden its presence in other markets such as healthcare, hospitality/mixed use, industrial and higher education.

Notable projects the firm is involved with in San Antonio include The Rock at La Cantera, the San Antonio Spurs’ new $500-million sports and entertainment complex. The firm completed a new LEED Platinum headquarters building for Credit Human in 2021, a project developed by a partnership that included Silver Ventures. “They didn’t have anything like this in their resume,” says Shown, adding his developer partner was worried about Joeris’ lack of experience in sustainable high-rise projects. Shown says he approached Gary Joeris, asking him, “‘if we give you this job, will you make us look good?’ And he looked me straight in the eye and he said, ‘Absolutely.’ I went back to the development partner, I said we’re picking them and my gosh, they just said you’re making the mistake. Long story short, the job was delightful. They just knocked it out of the park.” 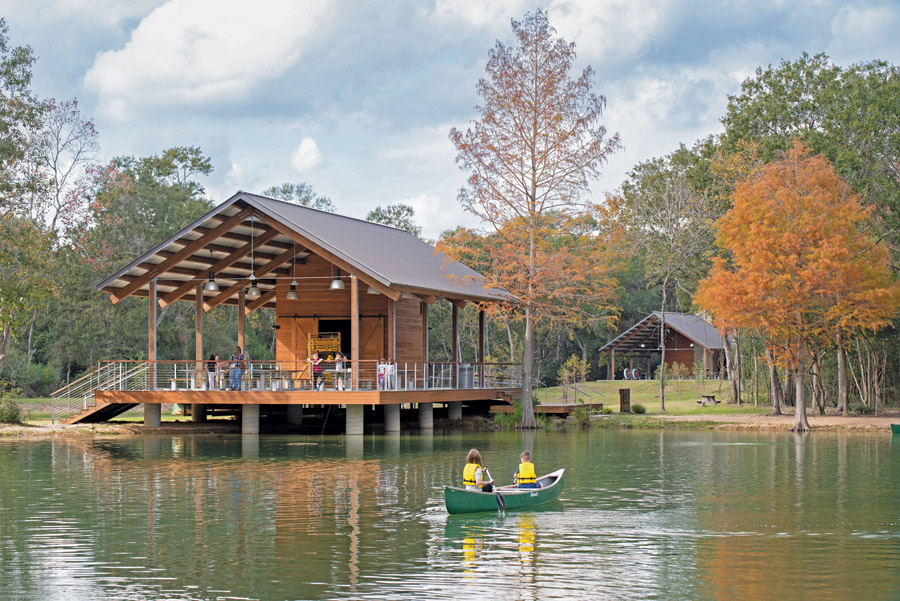 Joeris is intent on growing its presence in the healthcare market. To that end, it is working in a joint venture with J.E. Dunn, self-performing concrete on the 545,000-sq-ft University Health Women’s and Children’s Hospital scheduled for completion later this year.

One of the firm’s recently implemented operational strategies is the adoption of lean construction. Cardwell says while staff is still working on implementing it firmwide, they’ve been able to apply it to change project kick-off meetings. They bring the entire team together before the job starts, including designers and trade partners, to set expectations of how everyone will respond when things don’t go exactly as planned. “That is how you execute values through projects,” she says.

Though the future looks bright for Joeris, it’s facing the same challenge as others in the industry, including an uncertain economy, lingering supply chain issues and labor shortages. The team at Joeris says they’re combating this issue through an internship program that sees an average of 20-25 students at any given time and by a creating a career advancement program that allows current employees and new hires to pursue new career paths, no matter their background. “It all goes back to our employees,” says Joeris.