While the region’s seven states report improved public and private markets from 2021 through this year, problems with the availability and delivery of materials, labor shortages and the rise in inflation continue to curb revenue and expectations at construction firms. Every year, ENR Mountain States compiles two top lists: one for companies working in Colorado, Wyoming and the Dakotas and one for firms in the Intermountain area, which includes Utah, Idaho and Montana.

He says the state has posted a 13.8% increase in construction employment since the start of the pandemic, the second highest in the country, which represents an increase of 4,000-plus jobs, mostly in the trades. As the state gains population, residential work continues to be strong, led by multifamily projects.

“As with other areas of the country, materials and labor availability are putting pressure on time and cost. Sometimes those materials are not available no matter how much extra you offer to pay for them,” Smith says.

He’s also concerned about getting contractors to bid on small rural in-state projects. For highway projects, the Montana Dept. of Transportation has allocated $52 million for construction and $50 million from CARES 2. The Infrastructure Investment and Jobs Act (IIJA) “will allocate an additional $200 million annually for five years, so MDT has accelerated some of its planned projects and is also looking into large-scale projects,” Smith says. 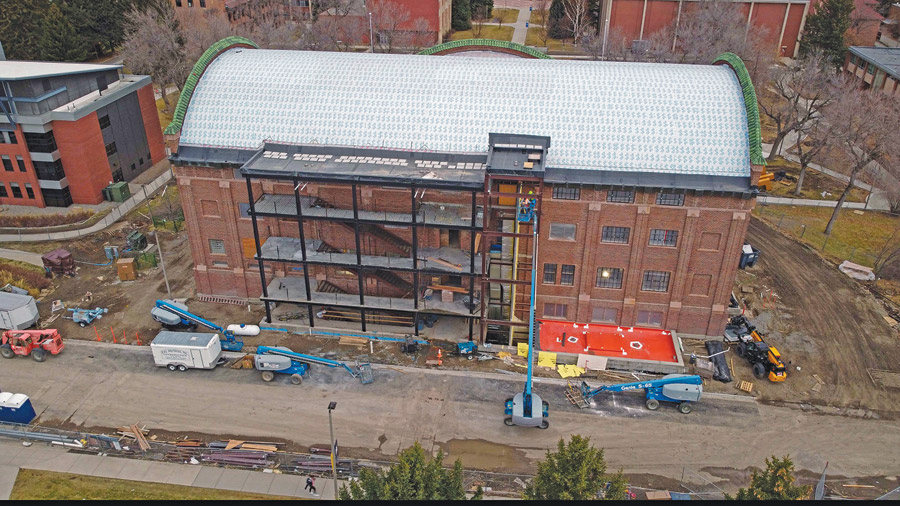 The past two years have been very busy in Utah as well. “We have rebounded quicker and better from the challenges the pandemic has brought than most other states,” says Richard J. Thorn, president and CEO of the state’s AGC chapter. “I think it’s safe to say that nearly all sectors—commercial, public and private, roads and transportation and single-family and multifamily residential—have been robust.”

“With the Fed raising interest rates, the market reacting the way it is, with inflation, labor and supply chain challenges and material shortages, we’re just like the rest of the country: a bit nervous,” Thorn says. “But Utah’s economy is leading the nation. We’ve got sound monetary policy here, and people like what’s happening in our state. So I’d say ‘cautious optimism’ would be a good description.”

“With the Fed raising interest rates ... we’re just like the rest of the country: a bit nervous.”
—Richard J. Thorn, President & CEO, AGC of Utah

Jeremy Blanck, project executive for Okland Construction, agrees that the region as a whole has been very strong, in particular, tilt-up distribution warehouses and institutional work at higher education institutions in Utah. The company—ranked No. 2 in the Intermountain area—reported regional revenue of $1.03 billion in 2021.

The office market, however, has declined significantly because COVID-19 sent many people home to work, but it is slowly restrengthening as people return to traditional and hybrid schedules.

“We have had significant price increases over the past 12 months that have made it more and more difficult to get projects on budgets and begin procurement of long-lead materials,” Blanck says. “As interest rates continue to rise, we see a slowdown coming to the commercial market; however, that may be six to 12 months from now as the market works off backlog and projects that have already started.”

Michael Gifford, president and CEO at AGC of Colorado, says contractors have seen “very strong demand” from private developers and public owners, and residential work was “off the charts strong in 2021.” Warehouse construction also is thriving, as are other sectors such as bioscience and pharmaceutical labs, senior housing, hospitals and health care, including behavioral health.

In 2022, infrastructure projects have been helped by state money from SB21-260 and federal funding from both the American Recovery and Reinvestment Act of 2009 and the IIJA. The commercial sector was even stronger, up 25% in the Denver metro area from April 2021 to April 2022, Gifford says.

But he also reports a 22% materials cost increase in the past year as well as delivery challenges, labor shortages and other cost increases. He notes adverse public policy changes in environmental and employment law at the state level and for environmental and affordable housing ordinances at the local level. 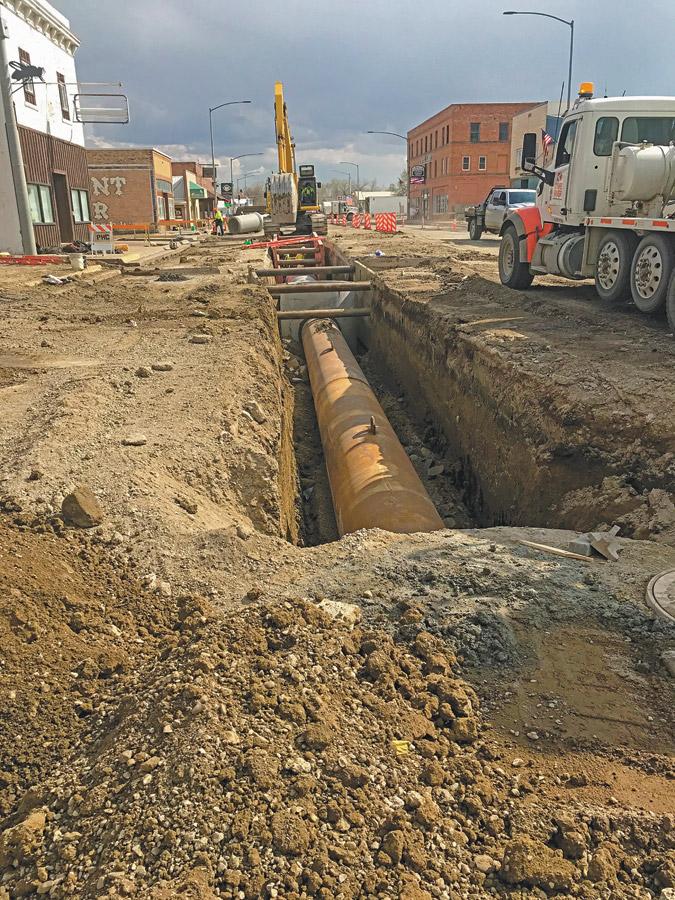 Ranked in both the Colorado and Intermountain Top 25 contracting firms for 2021, JE Dunn Construction has thrived in the public and private sectors throughout Colorado, Wyoming, Utah and Idaho in various commercial and institutional environments in addition to specialties such as semiconductor manufacturing and student housing, says Dustin Liljehorn, Rocky Mountain division leader at the company’s West region headquarters in Denver. For 2021, JE Dunn posted regional revenue of $541.7 million for the Colorado side and $197 million for the Intermountain area.

Higher education and the science and technology markets have proven to be strong in recent years for the company, and multifamily and commercial developer real estate are improving this year. “While health care remains relatively strong, we are seeing some growth in specialized areas, including behavioral health,” he says.

Semiconductor manufacturing, data centers and other manufacturing market sectors have stood out for JE Dunn, too; those markets also have spurred in-house adjustments. “Within these highly complex industries, there has been an enhanced desire for speed and quality. We are responding to these needs by focusing on vertical integration of design and construction aspects along with prefabrication,” Liljehorn explains. “These tools create a more seamless approach to delivery, from design into construction. It also helps to alleviate supply chain and manpower risks.”

ESI has also shifted its tactics. “Escalating markets for materials such as lumber and steel have caused owners to pause and reevaluate financing hurdles and market conditions for their products. This analysis delayed projects anywhere from two to six months, pushing revenue into 2022,” says Neil Nelson, president at ESI. “All market sectors are improving now as the new normal in costs is settling in with customers and end users.”

Labor in both the office and field are concerns for ESI and throughout the industry. “[We are] managing growth through recruiting and retaining high-level talent who meet our standards and workforce development in the trades as our region and markets continue to expand,” he says.

Health care has also been prominent for Haselden Construction, as have private-developer-led projects in the mountains and Denver’s Cherry Creek area. “We are seeing a strong outlook in several of our key sectors,” says Eric Blanke, director of business development.

The thriving Colorado health care market is expected to continue. The state has four major hospital systems, and several are working on expansion projects. “With our rapid population growth, hospitals have exceeded their anticipated bed counts and capacity and are required to expand to meet the needs of their patients,” Blanke says. 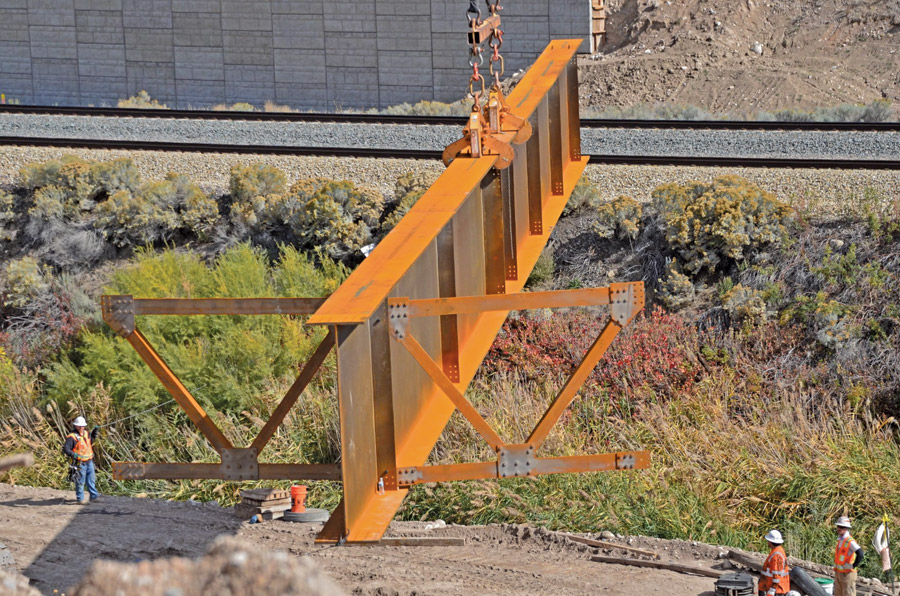 In 2021, Hensel Phelps led Colorado contractors with approximately $548 million in revenue while completing projects such as the mixed-use $365-million McGregor Square development in downtown Denver.

“From last year through today, we have won work with repeat clients, expanded into regions outside Colorado and broadened our vertical market experience with manufacturing and research and laboratory projects,” Hoffine says.