As more people and companies move to the Miami area, markets like health care and transportation are on the move, too. 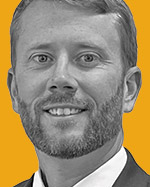 “The construction business in Miami is booming,” says Mike Peters, vice president and division manager for Brasfield & Gorrie and lead of the firm’s Miami office.

That’s being driven by a flood of people moving to the Miami area, he says, increasing demand for health care, housing, infrastructure and transportation projects.

With that population growth, and the following demand in multifamily and health care construction, Peters expects the market to stay busy. Brasfield & Gorrie has worked in the Miami market for 30 years, he says, where it recently established its 13th office. 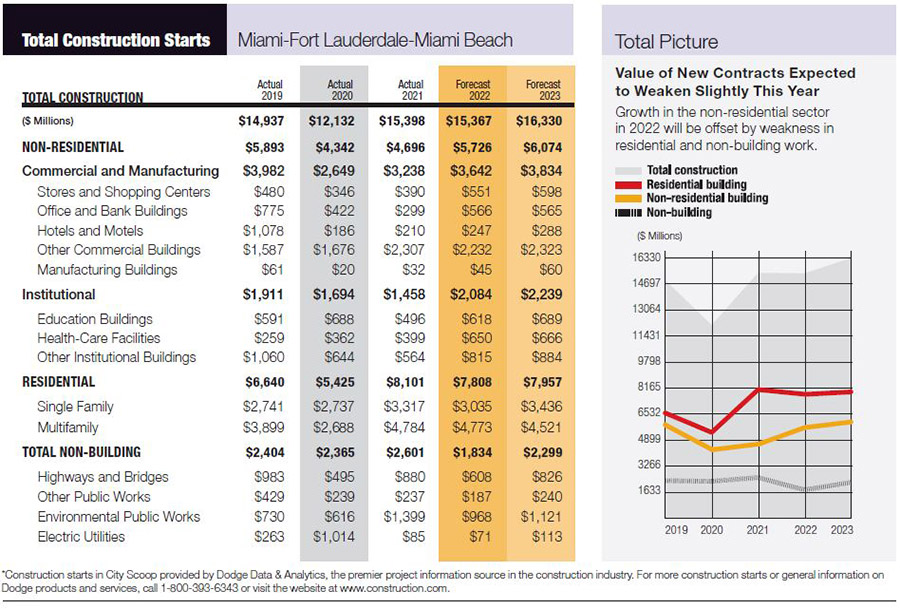 “Health care work doesn’t seem likely to slow down anytime soon, given population growth, shortages of hospital beds experienced during the pandemic and the state of Florida’s removal of the certificate of need requirements,” he says. “I’ve worked in this market for many years, and the recent increase in health care construction has been significantly greater than what I’ve seen in the past.”

“I’ve worked in this market for many years, and the recent increase in health care construction has been significantly greater than what I’ve seen in the past. ”
—Mike Peters, Vice President, Division Manager, Miami Office Lead, Brasfield & Gorrie.

“Multifamily projects continue to flood the market, and we expect to see more coming up to accommodate the population boom,” he says.

Corporations are relocating to Miami, too, and other firms are renovating office space as workers return to the workplace as well as adapting their workspaces to the desires of younger workers.

Amid the growth, costs are increasing and supply challenges linger, exacerbated by the hot market.

“Being strategic in selecting projects, clients and trade contractors is more important than ever,” Peters says.

“Construction costs are increasing dramatically due to supply chain challenges, and it’s unclear when these increases will level off,” Peters says. “This will inevitably put an additional strain on building owners’ decisions.”

There’s another shortage the Miami market deals with, too: land.

Many of Brasfield & Gorrie’s recent project have required design to support both horizontal and vertical construction, he says.

Clients are focusing on increased resiliency, sustainability and are planning for growth, too, reflected in local infrastructure that’s also being designed for expansion.

Michael Russell Builds for the Future