This website requires certain cookies to work and uses other cookies to help you have the best experience. By visiting this website, certain cookies have already been set, which you may delete and block. By closing this message or continuing to use our site, you agree to the use of cookies. Visit our updated privacy and cookie policy to learn more.
Home » Arcadis Rides California’s Construction Boom
CaliforniaCalifornia Construction Companies
Top Design Firms | ENR California Firm of the Year

For more than three decades, Arcadis has flourished in California. The firm’s expertise in design, engineering and management consulting has mirrored the Golden State’s economic fortunes. That progress helped the company manage the historic challenges that have beset the industry and economy at large over the past two-and-half years.

Today, the company has not only weathered the impacts of the pandemic, it has also thrived by using the opportunity to address emerging challenges. Named ENR California Design Firm of the Year, Arcadis reported that revenue in the region climbed more than 40% to $215.4 million in 2021 from $152.5 million in 2020.

“The growth in revenue was entirely organic and related to the increased need in California around climate change and resilience,” says Kathleen Abbott, Arcadis executive vice president and global sales director.

Arcadis has more than 29,000 employees in 70 countries worldwide. In California, where it employs 525 people, Arcadis is working with more than 185 clients on at least 1,000 projects, Abbott says. The U.S. division of the company is based in Highlands Ranch, Colo.

The firm also experienced a rebound in client spending last year across all sectors as projects that had been delayed were pressed forward. The company delivered more than $300 million of value in 2021.

“Sustainability is driving much of the work we do in California, from government sustainable and aging infrastructure to power and water,” says Abbott. “Additionally, technology is a major area of opportunity with projects, including data centers, electronic vehicles, semiconductor factories, gigafactories and life sciences, etc.” 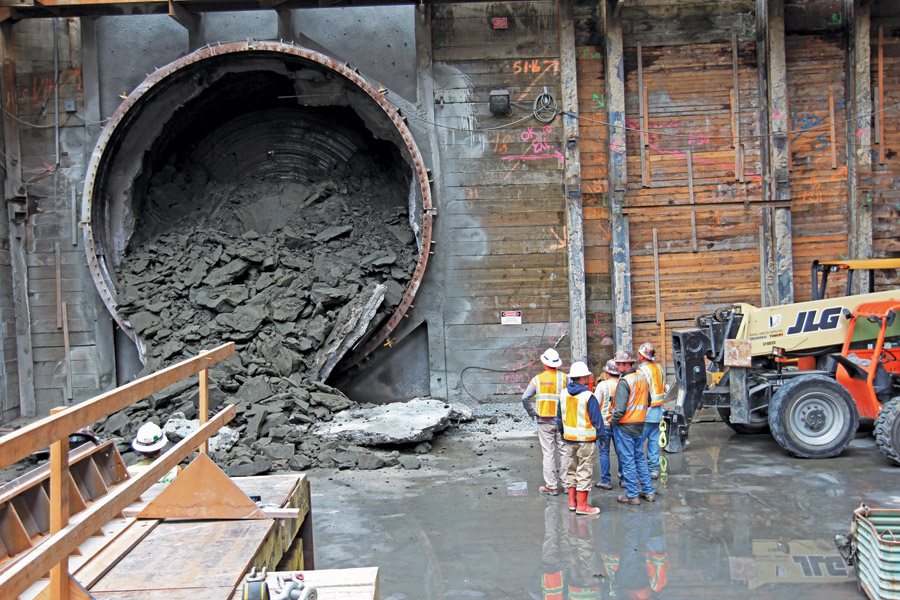 The California Dept. of Resource Recycling and Recovery (CalRecycle) hired Arcadis to handle two major fire-restoration projects. The projects, one in Northern California and the other across five counties in Southern California, were in response to the 2020 wildfires that struck the state, causing a state of emergency.

“We eliminated the paper trail by developing a virtual environment for the CalRecycle and the Arcadis team in order to allow for near real-time data viewing, resulting in more cost-effective implementation, planning and reporting,” says Abbott.

“We are working with clients to improve resilience as it relates to protecting against flooding, recovering from wildfires and providing safe and clean water.”
—Peter Wijsman, Vice President, San Francisco City Executive, Arcadis

Chris McSwain, spokesman for CalRecycle, says assessment and monitoring consultants such as Arcadis play a critical role in the clearing of toxic debris left by wildfires. The process maximizes efficiency, provides transparency and promotes accountability throughout the operation, he says.

“[Arcadis] was responsible in deploying arborists to assess over 100,000 fire damaged trees to determine which ones were a danger to the public at large,” McSwain says. Under the direction of state staff, the firm worked with “licensed timber operators to track each removed tree from its parcel of origin to its end-use facility.”

Across the state, Arcadis is moving forward with a host of innovative projects as the economy recovers from the pandemic. Abbott says the firm manages projects and programs ranging from $25 million to $9.5 billion, and it has more than 250 projects that are in excess of $10 million in total installed cost in California.

“We are working with clients to improve resilience as it relates to protecting against flooding, recovering from wildfires and providing safe and clean water,” Wijsman says.

The firm is pursuing projects in markets with future growth potential rather than chasing current trends. Arcadis has focused on the problems from increasing wildfires and drought. Also, demand created by the explosive growth of Silicon Valley technology companies and their need for cloud storage, computing power and employee office space is driving more work.

“The biggest market drivers are COVID-recovery stimulus bills at the state and national level that are a massive boost to infrastructure renewal and digitization of infrastructure,” Wijsman says.

Notable Arcadis projects in Northern California include supporting the San Francisco Public Utilities Commission with construction management staff augmentation services for renewal of the $1.2-billion Biosolids Digester at the Southeast Wastewater Treatment Plant. It is the single biggest capital project SFPUC is working on within its $6.9-billion wastewater capital program. Other current work in the north includes the design of Diridon Station in San Jose and numerous high-profile projects for the Port of San Francisco.

“The port has worked with Arcadis on a number of occasions, and at a management level the Arcadis team is very accessible and high quality,” says Brad Benson, waterfront resilience director for the port.

One recent project Arcadis has undertaken for the port involved a sea-level study.

“Arcadis brought in experts from the Netherlands who really helped us imagine the landscape scale of changes that would be needed to address higher water levels,” Benson says.

“They were great at communication and brought in experts from different fields,” says Robert Lim, SFMTA project manager. “We had calls with them every day, and they always checked in with us with their updates, and they went the extra mile to make sure we were happy with the product.”

It is an “exciting time” for Arcadis in Southern California as the region’s post-pandemic recovery continues to surge forward, says Macaria Flores, Arcadis vice president and city executive for Los Angeles. 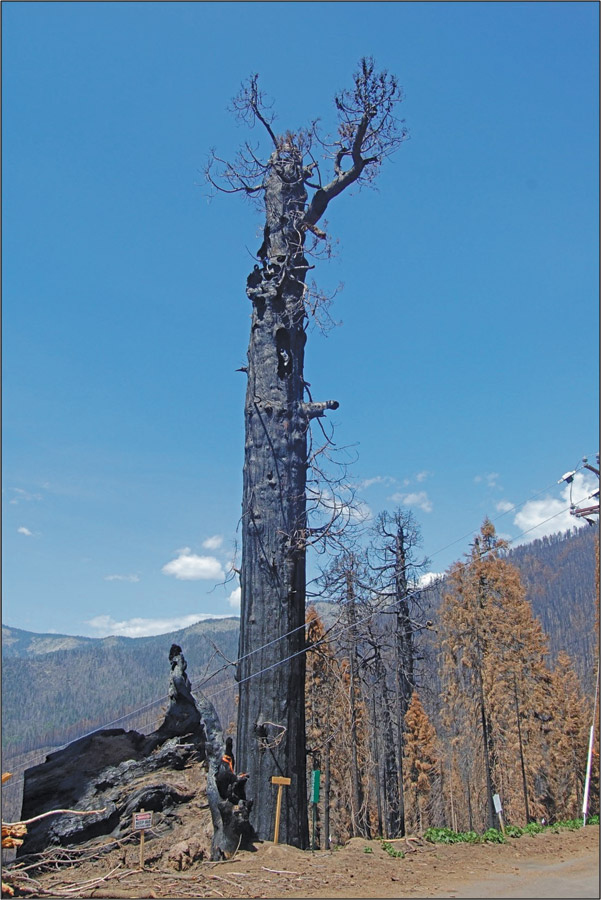 “[Southern California] is getting ready for the world stage, and our clients are working toward being showcased in a sustainable and resilient manner,” says Flores. “In a little more than five years, the 2026 World Cup, the 2028 Summer Olympics and Paralympics and other major mega-events will be here.”

Flores says with current voter initiatives, the region is expected to receive considerable local investment for many water and transportation projects. Much of the local money will help leverage the federal infrastructure money Los Angeles is poised to receive.

As for what markets are strongest, Flores says it “feels like every sector is thriving. Our airports are undertaking various stages of modernization. Our transportation systems are adding new rail lines in all directions, and our water departments are supporting innovative projects that aim to improve the overall supply, resiliency and reliability for Los Angeles.”

Arcadis’ key recent projects in the region include LA Metro’s $1.8-billion Regional Connector, which will provide a seamless rail journey across Los Angeles County, for which Arcadis served as construction manager; Package 2/3 for CA High Speed Rail, a $20-billion program for which Arcadis is providing PM/CM support; and work with Southern California Edison to research, redesign and rebuild more than 650 linear miles of transmission and distribution lines to maximize long-term reliability.

Another project is the $120-million Los Angeles Ultraviolet Disinfection Plant for the Los Angeles Dept. of Water & Power (LADWP), where Arcadis assisted with design.

“Meeting water quality standards is always a top priority, which makes working with Arcadis easy because we’re always on the same page,” says Darline Truong, LADWP’s project manager on the Ultraviolet Disinfection Plant. “Arcadis also has a good working relationship with state regulators, and it proves to be extremely helpful. We had an issue with a flowmeter at the LARUV and, shortly after, we were on a three-way call with the Division of Drinking Water.”

Arcadis also helped the project move forward during the peak of COVID, when a project vendor was restricted by a travel advisory and could not make it to the jobsite to program updates for critical treatment equipment.

“Arcadis stepped in and assisted the vendor with a remote update on a few occasions, and the project was able to proceed with testing and starting up without delays,” Truong says.