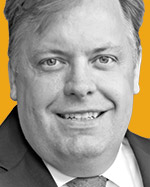 “Despite some troubling national indicators—higher interest rates, soaring input costs, tight labor markets and the like—Idaho’s construction industry continues to run at full throttle,” Hammon says. “On the public side, the state continues to invest its budget surpluses in critical infrastructure improvements, including roads and bridges and state-owned buildings and facilities. Following up on its record-setting 2021 session, the 2022 Idaho Legislature dedicated over $1.5 billion to this important effort.

“As remarkable as this massive investment in public works is, it has been more than matched by private investments. Sitework will begin soon on Meta’s $800-million data center just south of Boise. Downtown, contractors are busy on more than half a dozen 10-story-plus buildings with a groundbreaking on what will be the state’s tallest building set for early fall 2022,” he says.

“In eastern Idaho, two LDS temples have been announced, along with a multibillion-dollar investment in the Idaho National Lab. While contractors keep a wary eye on the future, they continue to ‘make hay’ while conditions are favorable.”