This website requires certain cookies to work and uses other cookies to help you have the best experience. By visiting this website, certain cookies have already been set, which you may delete and block. By closing this message or continuing to use our site, you agree to the use of cookies. Visit our updated privacy and cookie policy to learn more.
Home » Tampa Bay Construction Heading to New Heights
ProjectsSoutheastSoutheast Construction Projects
City Scoop | Tampa-St. Petersburg-Clearwater 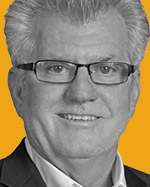 In the 45 years John Bowden has spent working in the Tampa-area construction industry, he’s never seen anything like the current level of activity. As senior vice president for contractor Moss’ fast-growing Tampa office, Bowden says almost every week he talks to at least one “first-time, out-of-town real estate developer” about a project they’re contemplating.

But there are already plenty of projects already moving forward.

“There are more large, $150-million-plus projects than there’s ever been here by a long shot,” Bowden observes. “Tampa has become a very popular city.” 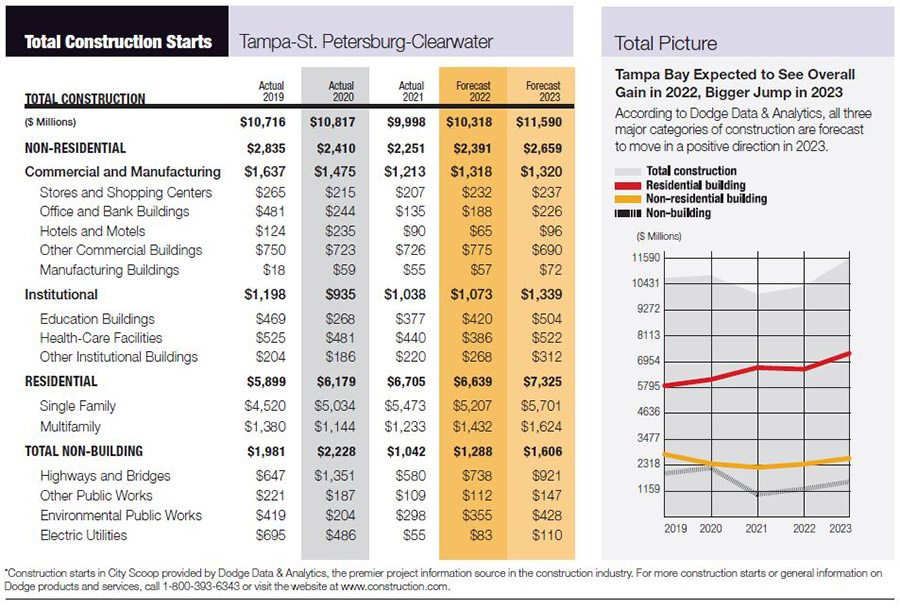 That trend has resulted in Moss winning its share of such projects, including The Pendry, a mixed hospitality and high-end residential project in Tampa that Moss expects to start construction on in September. The contractor started construction on its 101 Meridian apartment project in April and anticipates a June construction start for a hotel project for Ocean Properties. Moss is also targeting a January 2023 completion date for its JW Marriott project.

Strategic Property Partners’ Water Street mega-development and its dramatic revamp of Tampa’s Channelside district has boosted the area’s construction activity and will continue to do so, says Bowden.

“All of Tampa is benefiting” from  Water Street, he says. “From my perspective, it’s been a huge success.”

Bowden says the competition with other contractors isn’t over the projects themselves, but instead is focused on the resources to build the project, whether that means Moss’ own workforce or that of project team members.

“Most of the contractors that we compete with are in a growth pattern” like Moss, he says. “So we’re looking for more people, and this goes down to subcontractors and then ultimately to skilled labor.” 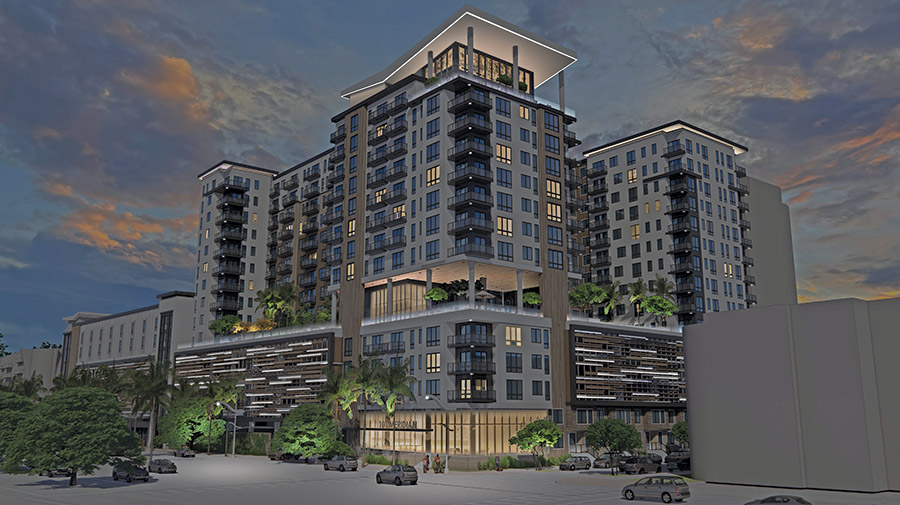 That dynamic is requiring all contractors to be more disciplined in terms of the projects they agree to take on.

“We are definitely developing more discipline than we’ve ever had with regards to which projects we can build,” he says. “We’re trying not to get too far out over our skis where we’re making promises to developers or committing ourselves to projects that we may not be able to deliver.”

The figures provided by Dodge Data & Analytics back up Bowden’s claims that the Tampa-St. Petersburg-Clearwater region’s construction market is growing.
For 2022, the firm is forecasting an uptick in overall new project starts to about $10.3 billion, up slightly from the nearly $10 billion reported for 2021.

Further, Dodge Data & Analytics is forecasting the region’s 2023 new projects starts to jump considerably, to nearly $11.6 billion. If achieved, that figure would mark the area’s largest volume of new starts in at least five years.

While the company estimates a slight dip in the volume of new residential project starts for 2022—down to $6.6 billion from just over 2021’s $6.7 billion—it currently estimates a marked jump in this project category to more than $7.3 billion in new starts for 2023.