In 2021, architecture and engineering companies doing business in Arizona, Nevada and New Mexico continued to rebound from the economic effects of COVID-19, although they are confronting pandemic-related issues amid improved numbers and optimism.

The leading 25 companies on ENR Southwest’s Top Design Firms ranking reported a combined regional revenue of $1.04 billion for 2021, up slightly from the 2020 figure of $998 million.

“In 2020, billings took an expected nosedive, but  they have recovered well,” says Matt Tinder, senior manager, media relations, for the American Institute of Architects in Washington, D.C.

Of those firms included on this year’s ranking, Raleigh, N.C.-based Kimley-Horn, with six offices in Arizona and Nevada, saw one of the largest gains in regional revenue during 2021, growing 20% to reach $91.84 million.

“Much of our growth has been driven by both an uptick in public-sector projects, as those clients recover from the impacts of the pandemic, and growth in private-sector work, as developers and commercial clients seek to capitalize on opportunities and high-growth private market sectors like energy, land planning, single-family home development planning and industrial facilities,” says Brian Smalkoski, the company’s regional marketing manager. 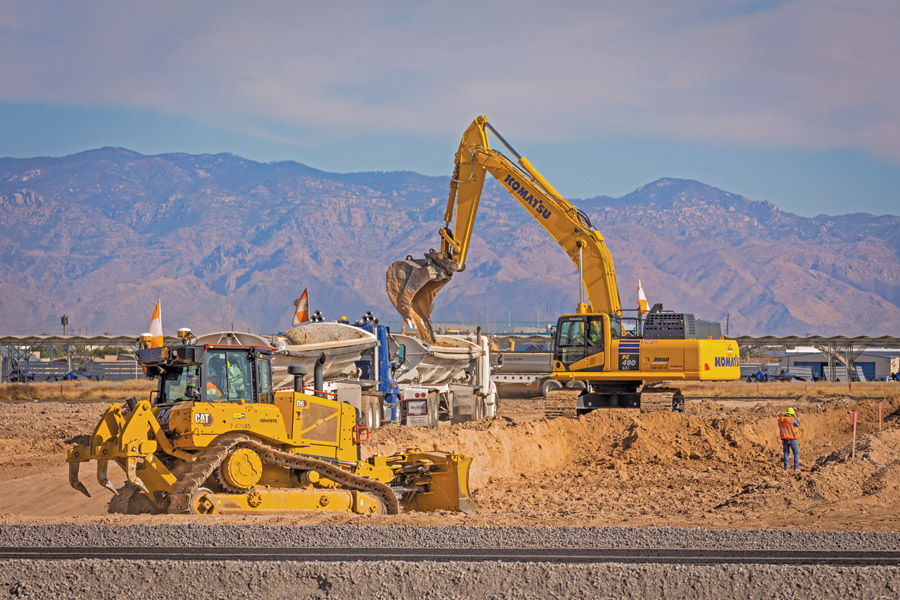 In part, SmithGroup attributes a 10% gain in 2021 regional revenue to $28.13 million to its flexibility in doing remote work. “We learned quickly how to adapt to disruption due to the pandemic. Fortunately, we had a lot of infrastructure already in place that eased the transition to working from home,” says Brad Woodman, vice president and Phoenix office director for the Detroit-based firm. “Because of the large region we were covering prior to 2020, we were already accustomed to being able to service clients who weren’t at our front door.”

He adds that the Southwest office has experienced growth in the research and manufacturing sector, and the migration of people to the region has driven the growth of health care and mixed-use projects. Among the firm’s largest projects is the $225-million Phoenix Sky Harbor International Airport, Terminal 4 S1, which completes in May.

For Albuquerque-based Dekker/Perich/Sabatini, much of its 2020 work rolled over into 2021 with some key ongoing projects. Although the company’s regional revenue fell 4.8% in 2021 to $33.42 million, it was the firm’s second-strongest revenue year ever, says Benjamin H. Gardner, DPS principal. “We continue to have a strong backlog, are seeing increased inquiries and we are growing in line with our projections,” he says.

In Albuquerque, DPS is working on the $140-million Presbyterian Hospital New Patient Tower, scheduled for completion in January 2023. The firm’s Phoenix office is working on 12 hospital rehabilitation projects in eight states, totaling more than $170-million, all scheduled for delivery by the end of 2023. 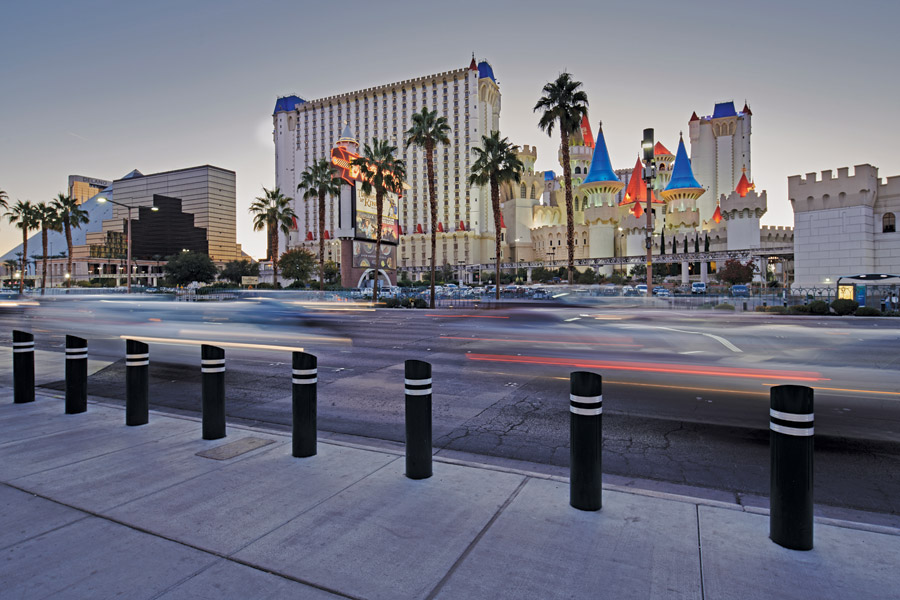 Edmonton, Alberta-based-based Stantec grew 18% in 2021, posting $96.06 million in regional revenue. “We experienced growth across a number of sectors—in particular, our mining services, which speaks to the strength of the relationships we’ve been able to build with our clients,” says Sheina Hughes, vice president in the company’s Bellevue, Wash., office.

The company is busy throughout the Southwest. In Arizona, the completed $114.2-million Tempe Streetcar project will be in operation soon. Another recent project is the $5.6-million Automated Circulator and Connected Pedestrian Safety Program (GoMed) in the Las Vegas Medical District. It incorporates AV shuttles to and from a downtown transit hub to the city’s medical district.

Terracon, based in Olathe, Kan., grew 21%, posting $39.72 million in Southwest revenue for 2021. Projects included the ongoing I-10 Broadway Road Curve in Phoenix, a $776-million Arizona Dept. of Transportation project designed to increase freeway capacity and safety and alleviate traffic congestion.

“We’ve also been able to use our wealth of existing site characteristics and geotechnical information to help clients acquire, design and construct major industrial developments in the Southwest centered around the logistics and technology market sectors,” explains Tracy Grover, division manager in the company’s Tempe, Ariz., office.

WSP has several road projects completed or in progress. “We are seeing tremendous growth in opportunities in the planning and design of roadway projects. This trend will increase for the foreseeable future, especially as we see the implementation of the recently passed Infrastructure Investment and Jobs Act by the U.S. Congress,” says Shaun M. Grimm, district lead, senior vice president for the Montreal-based company, which increased annual regional revenue by 25% to reach $60.99 million during 2021.

The firm’s contracts include the $73-million Lone Tree Overpass in Flagstaff, which Grimm says is the first progressive design-build project in Arizona, as well as the $300-million NM State Route 31/State Route 128 and six FEMA-funded, fast-tracked bridges in Ruidoso for $5.3 million.

Also based in Albuquerque, Bohannan Huston was gaining backlog prior to the pandemic and “when money started being pumped into the AEC sector during COVID, the work continued to flow in even more strongly,” says Bruce Stidworthy, president and CEO. The company gained 4.5% in regional revenue to reach $40.37 million in 2021.

“Construction and engineering were assessed as being critical businesses, and the projects kept on coming. CARES Act money, for instance, probably helped with that specifically. Even if it wasn’t allocated specifically to infrastructure, it allowed money to stay dedicated to infrastructure by filling other gaps,” Stidworthy explains.

Bohannan Huston has led projects such as the $18.3-million NM 404 Interchange in Anthony, N.M., and the Sunport Boulevard Extension in Albuquerque, a $20.4-million contract with an elevated roadway extending from the I-25/Sunport interchange to Broadway Boulevard.

Atkins showed a 49% gain in 2021, climbing to $43.11 million. Among its largest current projects is the $305-million I-15 Tropicana Interchange Improvements Project for the Nevada Dept. of Transportation. 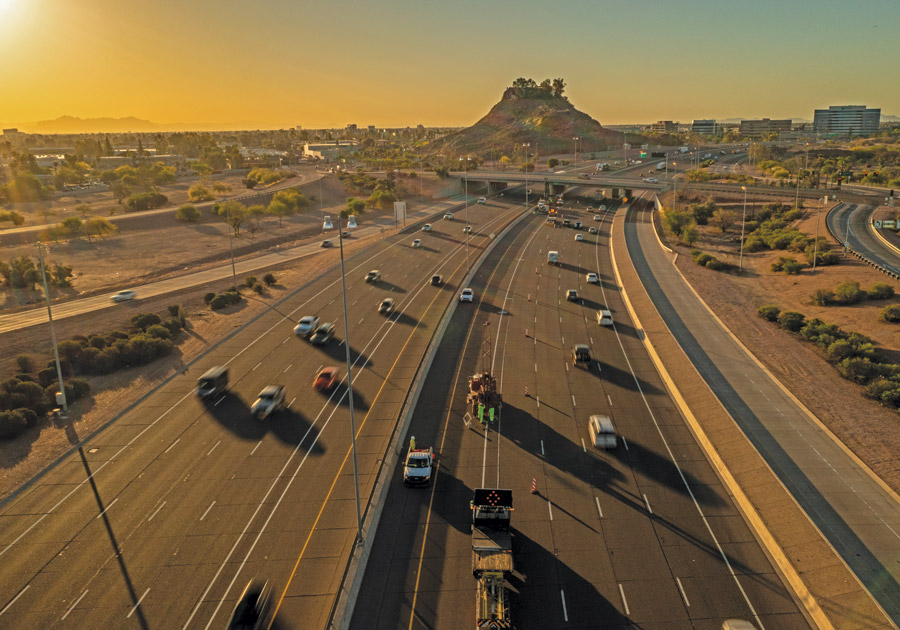 Growth in energy and water projects characterized 2021 and 2022 for WSP across the Southwest region, in part because of the recent acquisitions of KW Mission Critical Engineering and Golder.

Terracon also improved its energy-sector performance by acquiring Environmental Planning Group of Phoenix. This has increased the company’s opportunities in the power generation and transmission sectors, including the $216-million Arrow Canyon Solar.

Meanwhile, Atkins is working on the $150-million Las Vegas Wash Stabilization Project for the Southern Nevada Water Authority, and the company is providing construction management services at the $597-million Coeur Rochester Mine Expansion, near Lovelock, Nev.

Projections are solid for the remainder of 2022 and heading into 2023. “All sectors seem to be going strong,” says Bohannan Huston’s Stidworthy.

“We expect the infrastructure bill will increase spending in the public sector,” says Kimley-Horn’s Smalkoski. “But it’s critical for clients to be realistic about schedules and budgets and for our project teams to create achievable schedules that deliver great results for our clients.”

WSP’s Grimm notes that key market sectors for the Southwest region are aviation, water, power and energy, mining and climate resiliency and sustainability.
Gardner of DPS expects industrial, education and multifamily housing to be particularly strong.

“In the coming year, we anticipate growth in public infrastructure [to be] driven by federal funding, [which should also support] private client needs as they adjust to provide more flexible workspaces,” says Stantec’s Hughes.

Still, Woodman of SmithGroup emphasizes the economic pressures that are affecting the industry. “We are seeing ripples in the economy; inflation, supply chain issues and the cost of doing business, especially in the construction industry, are currently impacting, and will continue to impact, our operations.”