This website requires certain cookies to work and uses other cookies to help you have the best experience. By visiting this website, certain cookies have already been set, which you may delete and block. By closing this message or continuing to use our site, you agree to the use of cookies. Visit our updated privacy and cookie policy to learn more.
Home » Balfour Beatty Wins $698M Fort Meade Project Contract
NewsProjectsRegionsMidAtlanticMid Atlantic Construction NewsCompaniesGovernmentProject delivery
Military Work

The U.S. Army Corps of Engineers awarded a $697.8-million design-build contract to Balfour Beatty Construction LLC for a building at Fort Meade in Maryland, the Dept. of Defense announced April 13.

The project will include construction of a multi-story 858,000-sq-ft facility plus a 1.2-million-sq-ft parking garage, according to the bid solicitation. The facility “is not a standard design,” the documents state, adding that it must be built to Director of National Intelligence standards for protecting sensitive information. The building will also feature open office areas with large, flexible floor plates, a Corps fact sheet about the project states.

Fort Meade’s 242-acre East Campus, where the building will be located, will serve both the National Security Agency and U.S. Cyber Command, but the purpose of this particular building was not disclosed in the fact sheet. Several other projects on the campus have already been completed. 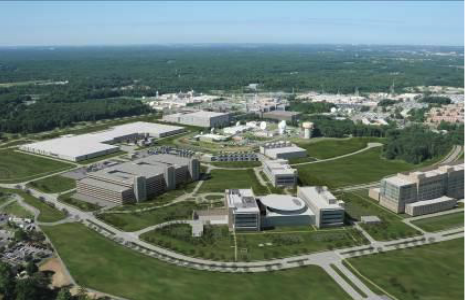 Construction of another $775-million building on the campus is expected to complete next year, and there are plans for one additional building also estimated to cost $775 million.

Balfour Beatty Construction is a subsidiary of Balfour Beatty US, which ranks No. 16 on ENR’s 2021 Top 400 Contractors list with more than $5 billion in revenue in 2020.