As a young architect, Jay Brotman came to Connecticut in the late 1980s in search of opportunity and a job in his field amid tough times in Texas, where he had grown up. Joining New Haven-based design firm Svigals + Partners, he found opportunity and then some, rising to become the firm’s managing partner and a leading national expert on school design in the wake of the Sandy Hook school shooting tragedy that happened in the state in 2012.

Brotman helped design the new Sandy Hook Elementary School in Newtown, Conn., winning accolades for a sensitive approach that marries an uplifting design with artfully interwoven security features. It has provided a national model for school design in an era of mass shootings, with the architect asked to share his expertise and insights in testimony before Congress on the issues raised.

Not as well known, however, is Brotman’s work and involvement with the redevelopment of New Haven, which may not have attracted a national spotlight but has had a dramatic impact in helping transform and revive the urban fabric of an old New England industrial city that dates to its founding by English Puritans in the mid-17th century.

“There are a lot of people in this town who share the passion for bringing it back to what it was in the past, [and] that is a shiny city,” Brotman says. “You had this energy coming from this town, and we were just able to do what we could as architects to assist.” 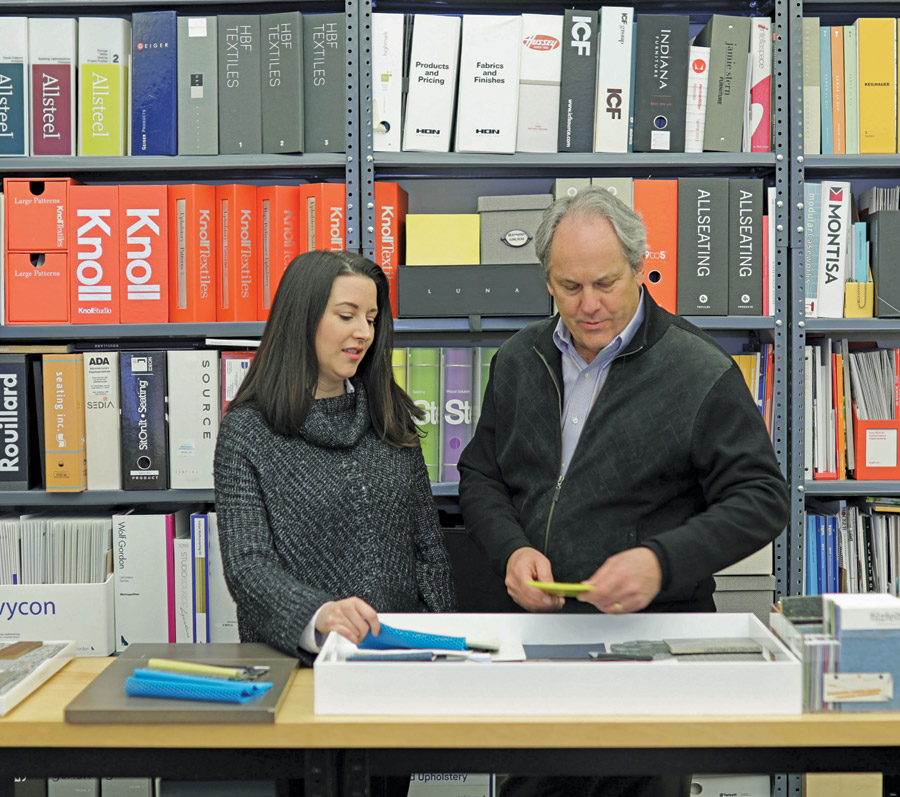 Brotman is known for mentoring younger colleagues at his firm.
Photos courtesy of Svigals + Partners

Growing up in the Dallas area, Brotman had a love of construction and design at an early age, building skyscrapers with erector sets and later, in high school, learning how to draft and sketch. He was also fascinated with the work of his father, a developer, seeing him buy and redevelop properties and buildings and observing the impact his work had on the community.

After graduating from the University of Texas, Brotman was working as an architect in the residential sector when the savings and loan sector collapsed, causing financing for new construction projects to dry up.

However, the Northeast was still booming at that time, so Brotman answered a Svigals + Partners newspaper ad, with the firm extending its recruitment efforts to Texas amid a labor shortage in Connecticut. “It looked like an exciting place to work and an exciting place to be … and here I am 34 years later,” he says.
Brotman arrived in New Haven at an opportune time, with the city, its industrial base hammered, poised for a comeback.

City leaders and key local stakeholders, including Yale University, focused on the potential for the then budding life sciences sector to help fill the void. 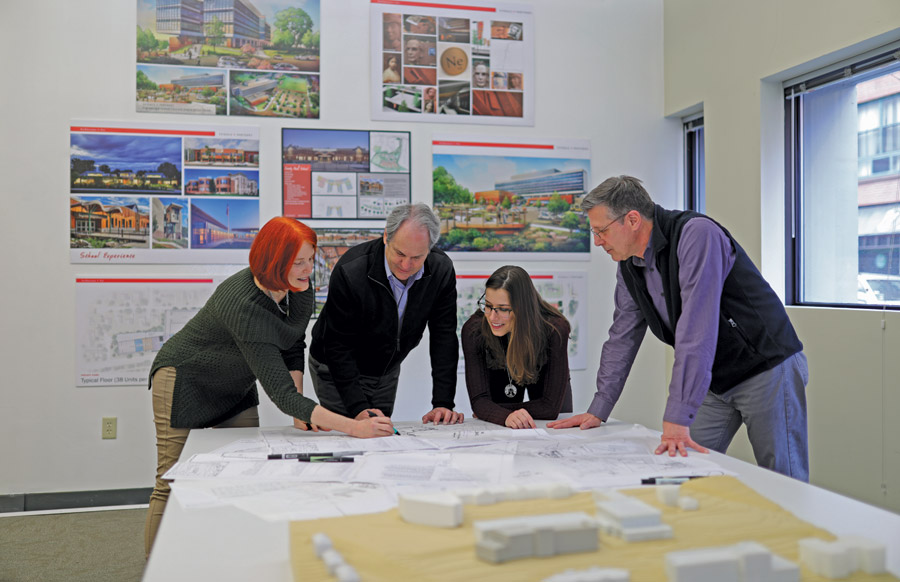 Working on the redevelopment of New Haven, Brotman and his team have helped transform and revive the urban fabric of the old New England industrial city.
Photos courtesy of Svigals + Partners

Brotman and his firm were involved in a key redesign and modernization of Yale Medical School’s research laboratories, replacing individual offices with work benches and creating a more open and collaborative space.

Research at Yale Medical has led to dozens of spinoff companies over the past quarter century, creating jobs and filling new lab and office buildings in the city, with Svigals + Partners going on to do work for Alexion Pharmaceuticals and Arvinas, among others.

Brotman also more recently led the team that designed the University of New Haven’s Bergami Center for Science, Technology and Innovation, the first new academic building on the campus in four decades and winner of an award of merit in ENR New England’s Best Projects competition.

The new Bergami Center involved the renovation of the existing building and construction of an addition with a common space in between where students can study, meet up or take a break. Nicknamed “the Berg,” it is the “popular place” on campus, he notes.

“You had this energy coming from this town, and we were just able to do what we could as architects to assist.”
—Jay Brotman, Managing Partner, Svigals + Partners

With the expansion and growth of New Haven’s life sciences cluster, Brotman and his firm are also increasingly busy now with conversions or rehabs of existing buildings into lab space.

They are involved in two significant lab conversions, one involving a switch from Class A office to labs at 55 Church St. in downtown New Haven and another for a one-time industrial building on the city’s outskirts, says Christopher Bockstael, a partner at the firm and longtime colleague who calls Brotman his mentor.

“He is just an incredible planner,” Bockstael says. “The lab planning is one the most impactful business sectors in New Haven and Connecticut right now, and he is at the epicenter of it. When someone calls me and says ‘I want to turn my building into a lab building,’ I tell them ‘you have to talk to Jay.’ He is thinking 14 steps ahead of other people.” 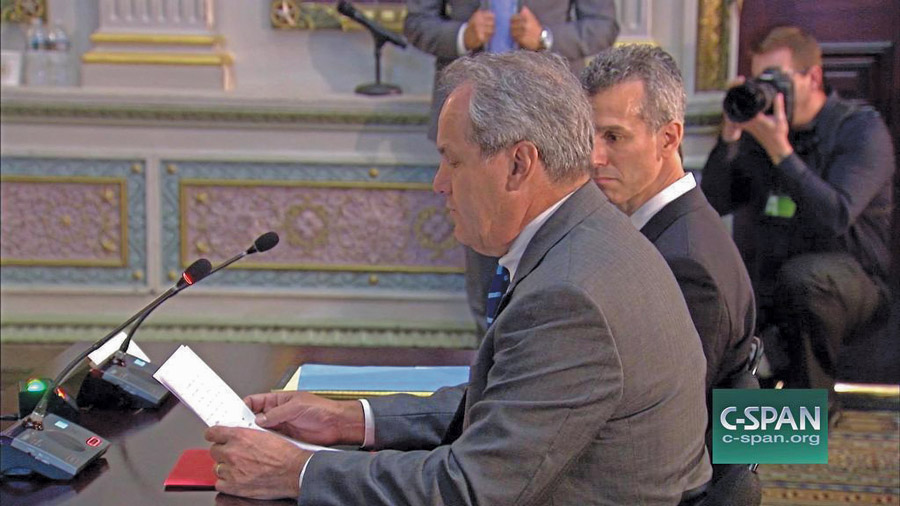 Brotman’s impact also extends to school design, both in New Haven and across the country as well.

His arrival at Svigals + Partners coincided with a push by New Haven to renovate and rebuild all the schools in its system. It launched a partnership with the city that would span 25 years, with Brotman, company founder Barry Svigals and the design firm landing work in a school revival campaign that has seen almost every school in New Haven renovated or completely rebuilt.

Brotman and the firm also created a bottom-up neighborhood review process— the School Based Building Advisory Committee, which is made up of teachers, students and parents. It has become the model for school design going forward,

“The approach built neighborhood excitement and vision,” he says.

The work on New Haven’s schools also prepared Brotman for his best known and probably most challenging project to date, designing the new Sandy Hook school to replace the building torn down after an intruder murdered 20 first graders and six adults.

In making the case to school officials, parents and other stakeholders, Brotman and his colleagues did not just stand up and dryly present a series of proposals. At the time, he says, the focus of discussion in the community “was how big a wall we could build around the school, without thinking about the repercussions.”

Rather, Brotman says the message he delivered was very different. “We told them we did not know what to do, but that we know how to learn from you,” he recalls.

With this declaration, Brotman and Svigals + Partners flipped the process around. Working with a 55-member town subcommittee, the design team refocused attention on coming up with the best plan for a school learning environment for students. 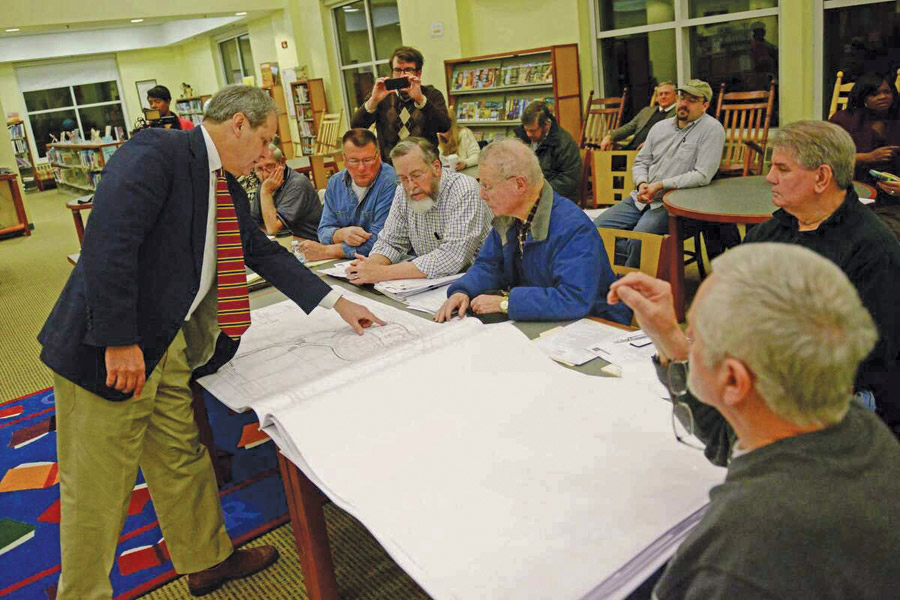 Brotman worked closely with the Newtown, Conn., community to design the new Sandy Hook school in the most sensitive way possible.
Photos courtesy of Svigals + Partners

“We are going to make it safe; let’s talk about what is the best plan for our children to learn,” he says. “The community was right on board with this.”
Brotman and Svigals + Partners went on to design the new Sandy Hook school with an array of aesthetically pleasing features that do double duty as subtle security fixtures as well. Classrooms with tall windows not only fill the space with light but also provide clear lines of sight.

The design also included footbridges and a rain garden along the front of the school. The 400-ft-long bioswale filters, with river stones and plants, funnel rainwater from the roof into wetlands abutting the school. Those elements are not just beautiful but also provide a buffer for the school and channel access along particular pathways.

“Instead of building a wall, you put windows in so people have eyes on the street,” Brotman says. There are also hidden gates to secure the property, and what appears to be traditional New England stone walls, but which are actually cast-concrete blocks that serve as perimeter fences.

Brotman’s work on the Sandy Hook School design led to national attention when he testified in 2018 before Congress on school design and safety. He also helped launch a national database to share strategies to boost school safety and security, and the firm has represented the American Institute of Architects on the President’s Commission on School Safety.

Brotman also shares his expertise broadly inside the firm, mentoring younger colleagues and keeping things on an even keel, Bockstael says.