Texas/Louisiana On the Scene: December 2021

E.E. Reed Construction recently topped out the Hyatt Place/Hyatt House Hotel, located in Houston’s Medical Center. Designed by G2 Griggs Group, the 354,178-sq-ft, 14-story hotel includes an eight-level parking garage and a six-level combo hotel, which is scheduled to be completed in the summer of 2022. 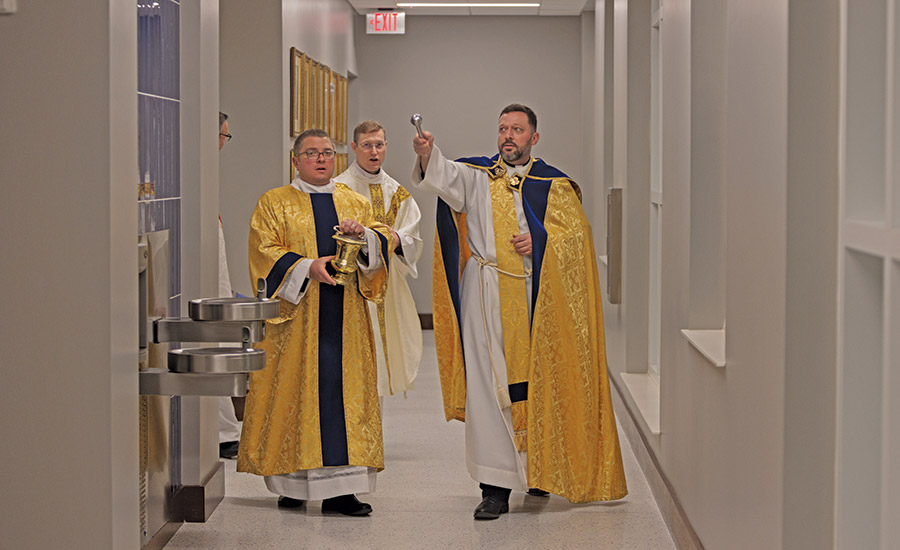 Faculty, staff, administration, benefactors and community members gathered on Nov. 4 for the dedication of the newest addition to the Jesuit High School of New Orleans’ campus: the Madonna Della Strada Building. The formal dedication featured the blessing of the Madonna Della Strada print itself, the hanging of the crucifix in the entrance of the new building and the blessing of each room and hallway. The building was designed by Mathes Brierre Architects and constructed by Ryan Gootee General Contractors. 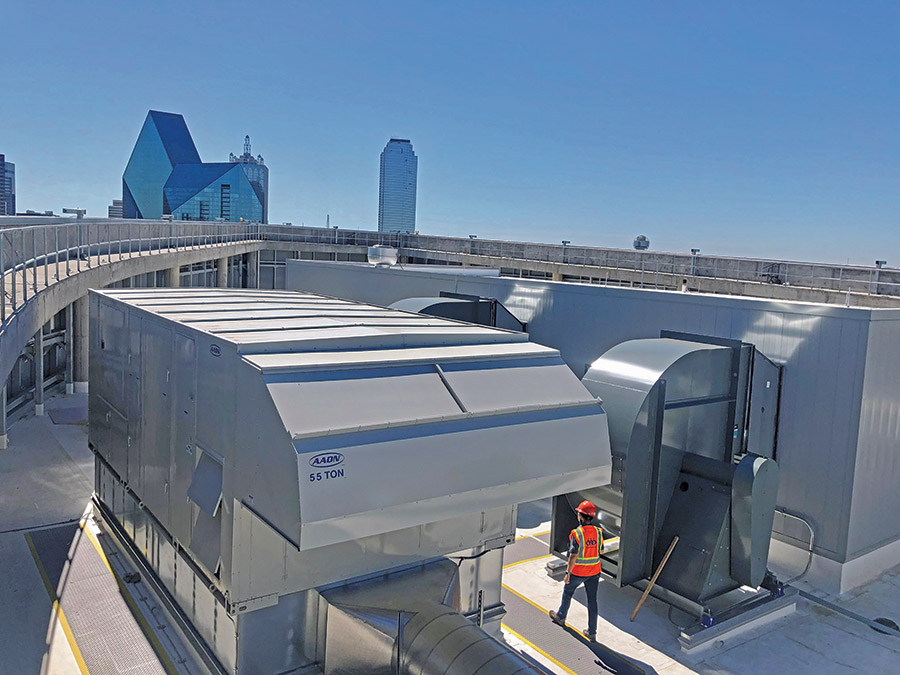 TDIndustries senior project manager Ken Luong and mechanical engineer Elizabeth Welch led a tour of the design-build project The Link at Uptown in Dallas in mid-September as the core and shell phase of the project was wrapping up. Partners on the project included Kaizen, Balfour Beatty, BOKA Powell Architects and Cummings Electrical. 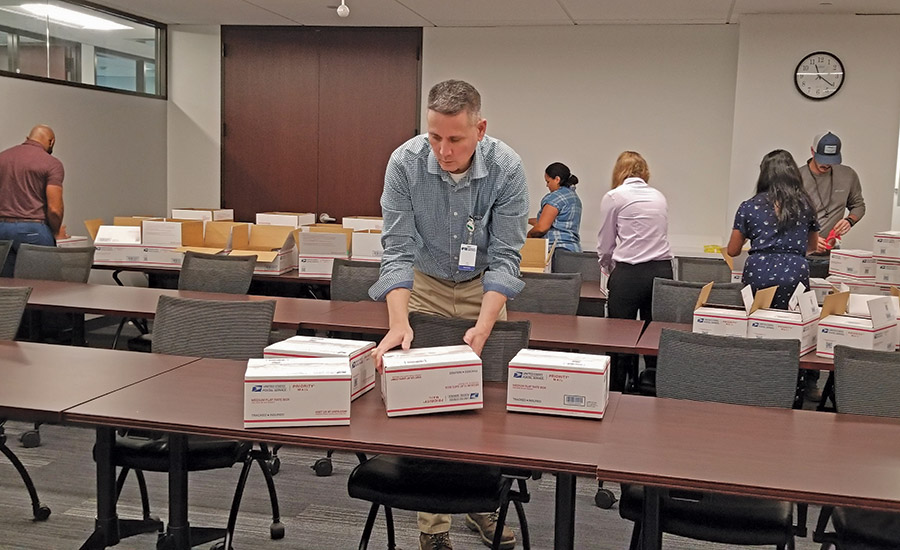 After the U.S. military evacuated scores of refugee families from Afghanistan so they could seek asylum in the U.S., staff in Freese and Nichols’ Houston office assembled 44 care packages containing an array of items such as hygiene products, socks, coffee, coloring books, crayons, markers and more. The care packages were shipped to the Al Udeid Air Base in Qatar. Contributions came in from staff in the Houston and Pearland offices and some local clients. Dustin Pope, a transmission and utilities project manager in Houston and an officer in the U.S. Army Reserve, led the volunteer effort for southeast Texas participants. 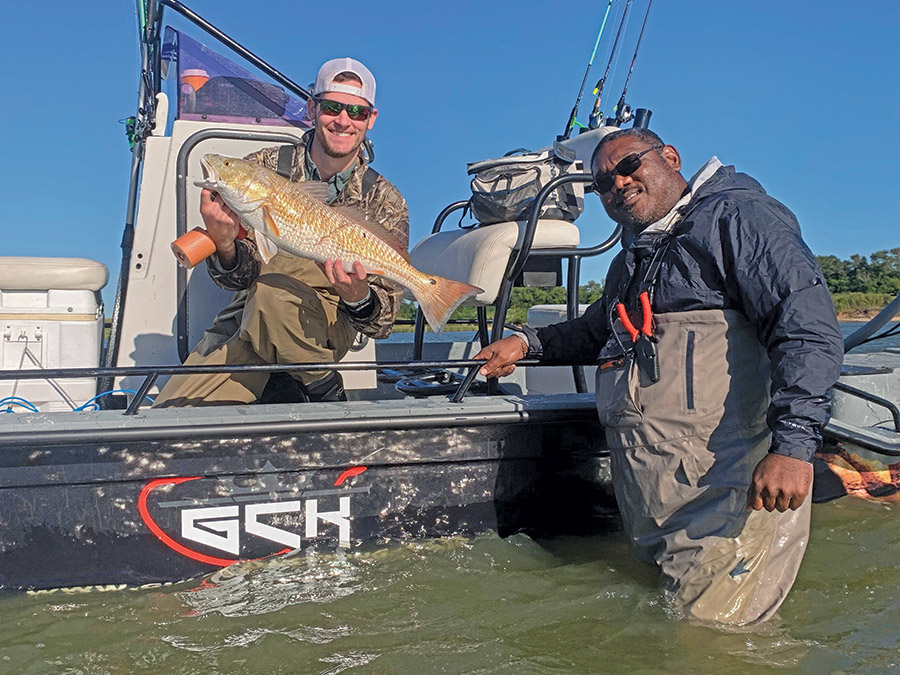 SpawGlass hosted its 8th Annual CJ Strnadel IV Memorial Fishing Tournament in San Leon, Texas, over the summer. Chamberlin’s team, including three employees from Houston and one SpawGlass client, took second place out of 50 boats. The fishing tournament helped raise funds to benefit Bo’s Place, the Building Conservation Trust and St. Joseph High School in Victoria, Texas. Clint Gough with SpawGlass (at left) shows off his catch, while Jesse Franscisco, a guide with The Gulfcoast King, looks on.

Teams from The Boldt Co. recently lifted a 65,000-lb dome into place on the Blessed Stanley Rother Shrine in Oklahoma City. This Spanish colonial-style structure will be the largest Catholic church in Oklahoma. Early on, construction teams made the decision to build the dome on the ground on concrete piers rather than 100-plus ft in the air. Planning the lift of the 34-ft-tall, 42-ft-dia dome started with conceptual design. A 550-ton Liebherr LTM1450-8.1 crane lifted the dome more than 200 ft in the air on a sunny afternoon in August after crews rechecked all the input weights and measurements and rehearsed the lift. The dome was lifted into place without any complications. The project is slated for completion in summer 2022. 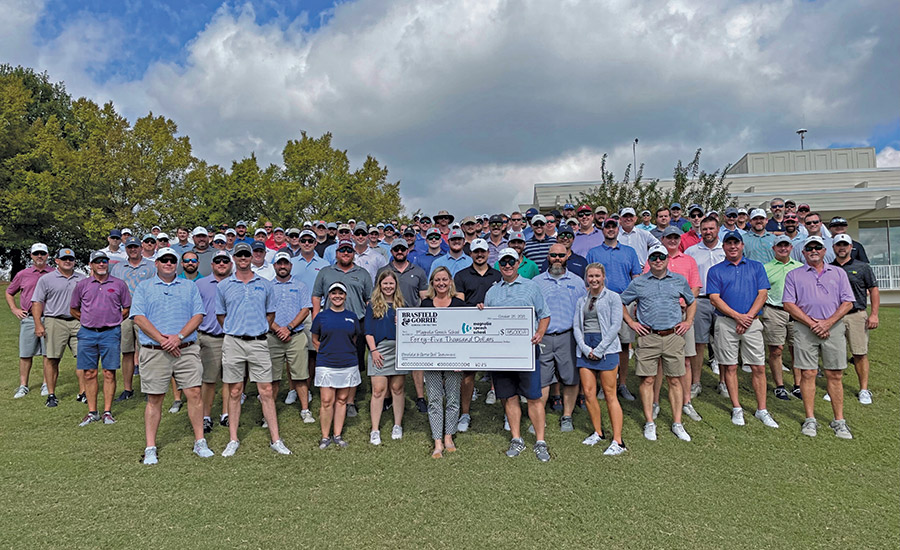 Brasfield & Gorrie’s Jackson, Miss., office recently hosted a golf tournament benefiting the Magnolia Speech School. The contractor broke ground on the school’s new facility in October. The 30,000-sq-ft building will be tailored to accommodate the educational needs of children with hearing loss and communication disorders. Advanced technology will be integrated throughout the new school. 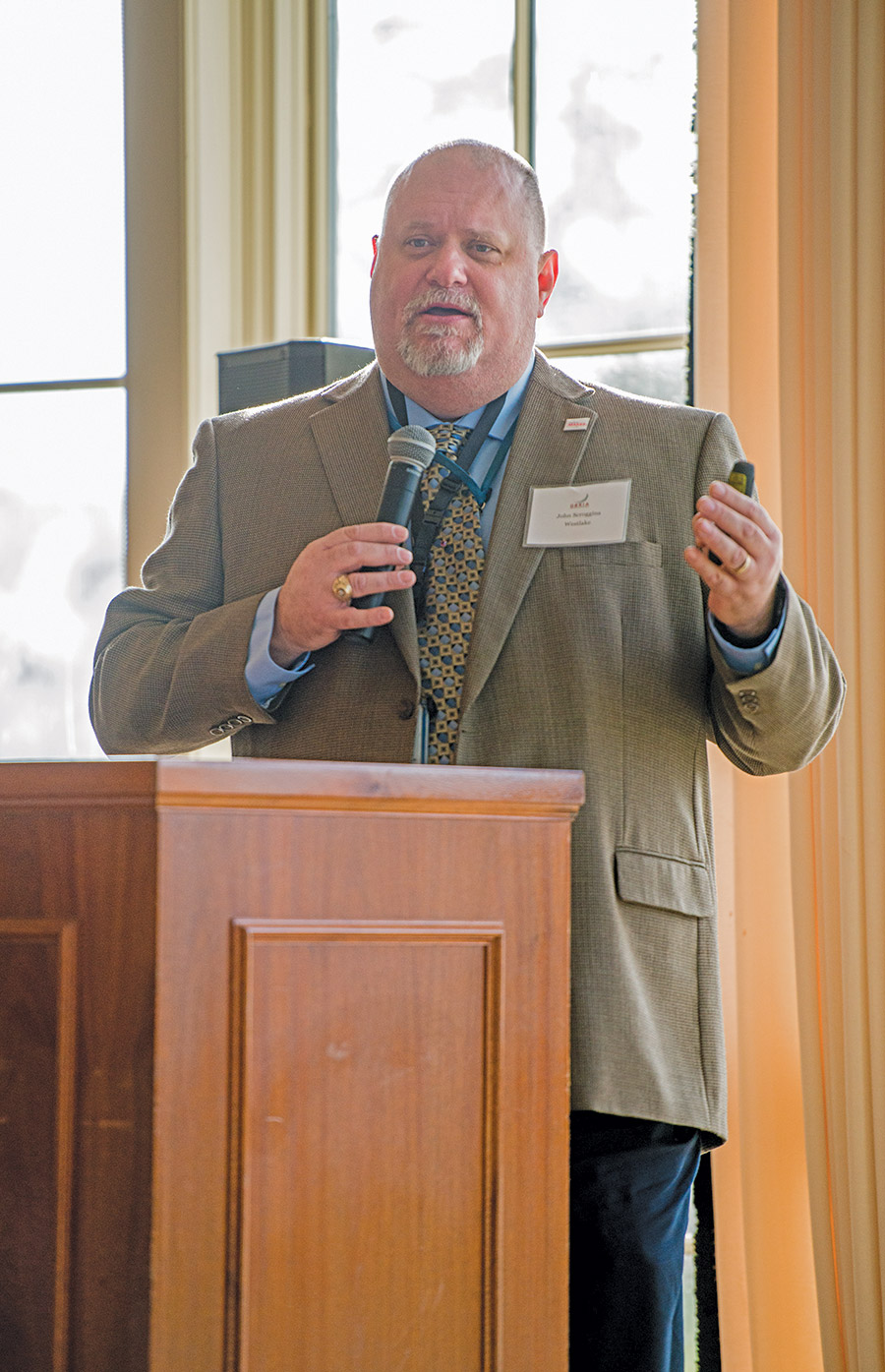 The Greater Baton Rouge Industry Alliance (GBRIA) held a membership meeting and annual sponsorship breakfast on Oct. 27 in Baton Rouge. Members and annual sponsors of GBRIA were updated on the year’s progress in advancing the association’s mission and were asked to support a new industry advocacy campaign titled “Industry Makes.” The campaign was developed by an industry communications collaboration committee for Louisiana’s manufacturing industry so that vendors, suppliers and contractors can speak with one voice when spreading the message that Louisiana manufacturing is the bedrock of the state’s economy.

Texas & Louisiana On the Scene: December 2018

Texas & Louisiana On the Scene: December 2019

Texas & Louisiana On the Scene: December 2020