This website requires certain cookies to work and uses other cookies to help you have the best experience. By visiting this website, certain cookies have already been set, which you may delete and block. By closing this message or continuing to use our site, you agree to the use of cookies. Visit our updated privacy and cookie policy to learn more.
Home » Best Highway Bridge & Project of the Year Nominee: Glenn Highway Phase 1 & 2
ProjectsNorthwestNorthwest Construction ProjectsBest Projects2021
Best Projects

When reconstructing a three-mile segment of Glenn Highway in Eagle Creek, Alaska, engineers had to consider two types of travelers: human drivers and spawning fish.

To that end, the team built two four-span bridges over the Eagle River and an earth retaining wall while replacing the 50-year-old culverts to ease fish passage. The project required 436,000 cu yd of earthwork, 50,000 tons of asphalt paving and 250,000 tons of additional material. 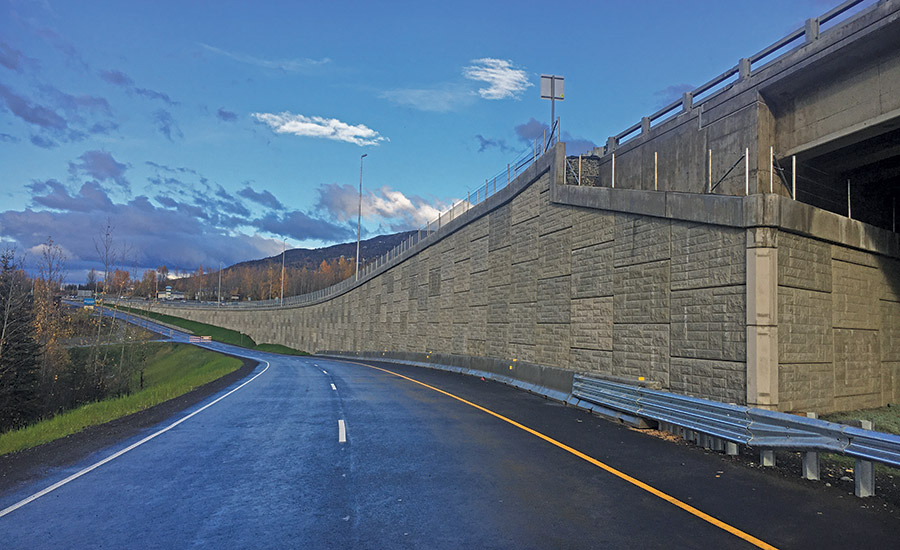 The four-span bridges were founded on large-diameter drilled shafts over the river using a trestle, with a 583-ft northbound bridge and a 600-ft southbound bridge. The phased construction allowed the team to maintain two lanes of traffic in each direction and accommodate more than 55,000 daily commuters.

During the proposal phase, the team worked closely with the local utility company to develop a design that eliminated 4,000 ft of gas line relocation, saving the project significant costs and allowing the new third lane to be opened to traffic a year early. 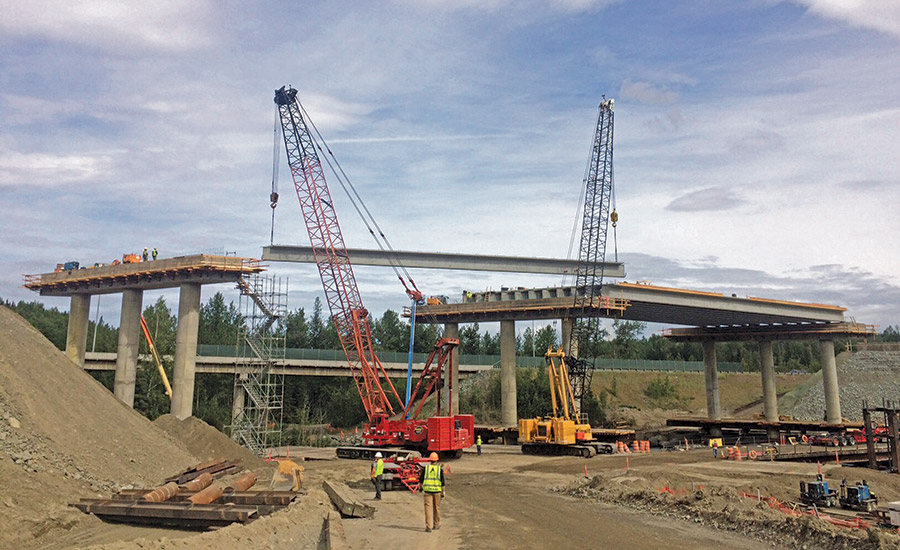 The team made wetlands mitigation a top priority. The Eagle River teems with fish, and the existing culverts were perched, undersized and considered inadequate for fish passage by the Alaska Dept. of Fish & Game. Kiewit installed oversize culverts and regraded the stream bed to match the natural stream profile. The Eagle River crossing was the first mitigation project approved by the U.S. Army Corps of Engineers in Alaska under 2008 regulations. 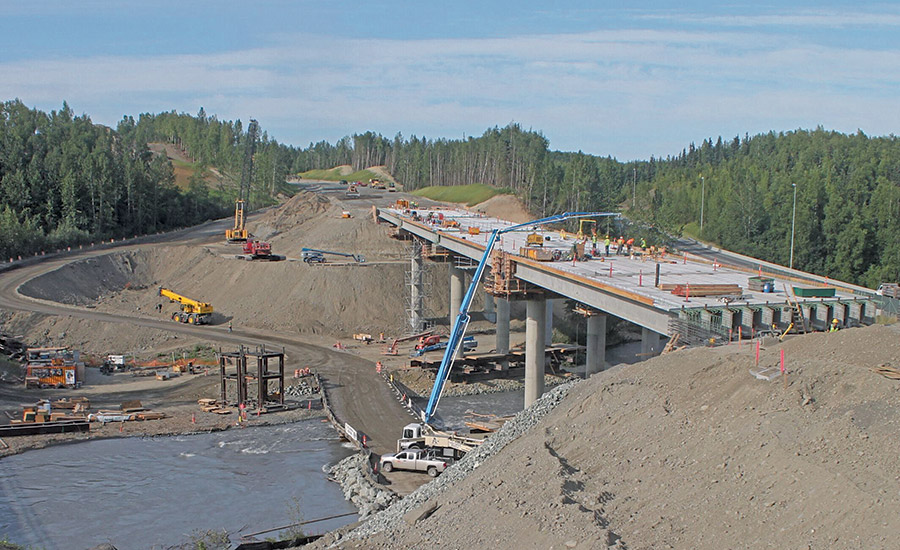 The project also included a 52,250-sq-ft mechanically stabilized earth (MSE) retaining wall. The panel-setting crew and wall backfill crews worked closely to meet plumb and tolerance requirements, operating to save time and optimize the summer weather. It was critical to finish the south section of the wall (also the north bridge abutment) to keep the bridge work on schedule. The wall design, integrated during Phase 2, minimizes the slope leading into the Eagle River and reduces impacts to the floodplain. The final result of this six-year project is a safer and improved environment at the Eagle River crossing for both vehicles and fish.

Best Highway/Bridges & Project of the Year Finalist: US 50 over Severn River from MD 70 to MD 2 / MD 450 Median Barrier Replacement and Lane Reconfiguration