The four-story, 104,149-sq-ft expansion and renovation of the Georgia Aquarium houses a 1-million-gallon shark exhibit—one of the largest in North America. With its floor-to-ceiling acrylic viewing windows, the gallery, which was completed in November 2020, brings visitors face-to-face with these predators and aims to provide a fresh perspective on the role sharks play in the health of the ocean.

Two large-scale enabling projects were required to prepare the Georgia Aquarium for construction start, including a new sea-lion holding facility inside the aquarium. Temporary ticketing, entry, exit, emergency exit and gift shop were also created. All work within those areas had to be completed during night shifts so they could be re-opened the following morning. The scope included deep foundations, pile caps and elevated structure. To accommodate finishes, the team devised five different phases of rerouting for the emergency egress, entry and exit, each of which required inspections.

New exterior walls and roofing had to be planned in phases to coincide with structural demolition and construction of new structure. Several areas were temporarily braced until they could be permanently tied into new structure months later. Just prior to the mass excavation and underground utility phase of the project, the team noticed that the location of the Georgia Power duct bank differed from where it was shown on the drawings. The civil engineer, structural engineer, architect and Georgia Power collaborated to come up with a plan for shoring up the duct bank so crews could excavate for the building. 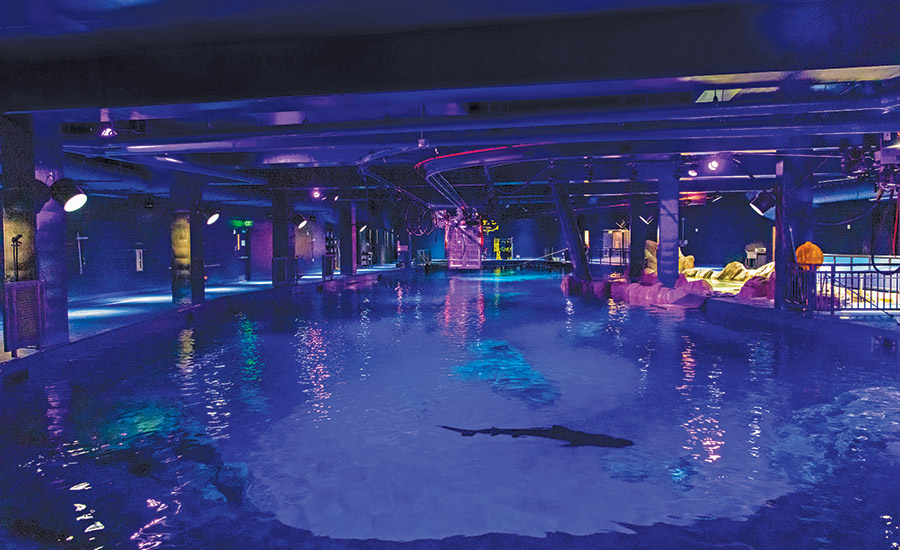 The team conducted extensive 3D scans of the existing aquarium, including plenum spaces and locations where new MEP systems would be tied in. The team also imported 3D progress photos into its BIM model for planning, scheduling and material verification discussions. The VDC department simulated multiple critical picks and locations with concerns related to overhead clearance. All of the concrete rebates for the acrylic windows in the shark tank were compared against the model from the acrylic supplier to pinpoint any issues. This enabled the team to resolve any conflicts prior to the delivery of the acrylic panels.