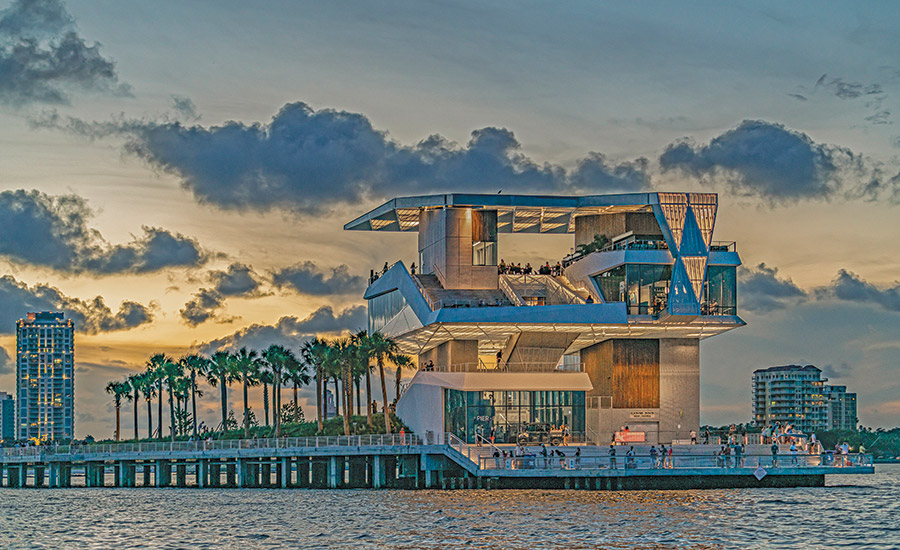 During preconstruction of the Pierhead building, the team discovered that dead load of the shoring and the live load of the concrete placement process combined to be nearly five times greater than the load the marine structure could support. In response, Skanska enlisted McLaren Engineering Group and leveraged the experience of other team members, including Icon and Skanska’s Self Perform Operations group, which were the concrete trade partners for the project. Together, the team designed and constructed a grillage system—consisting of 37 temporary H-14 piles approximately 100 ft in length driven into the seabed—to hold the framing of the building up off the marine pier to isolate the building loads away from the marine structure. The upper grillage consisted of W-24s in one direction and W-12s in the other. 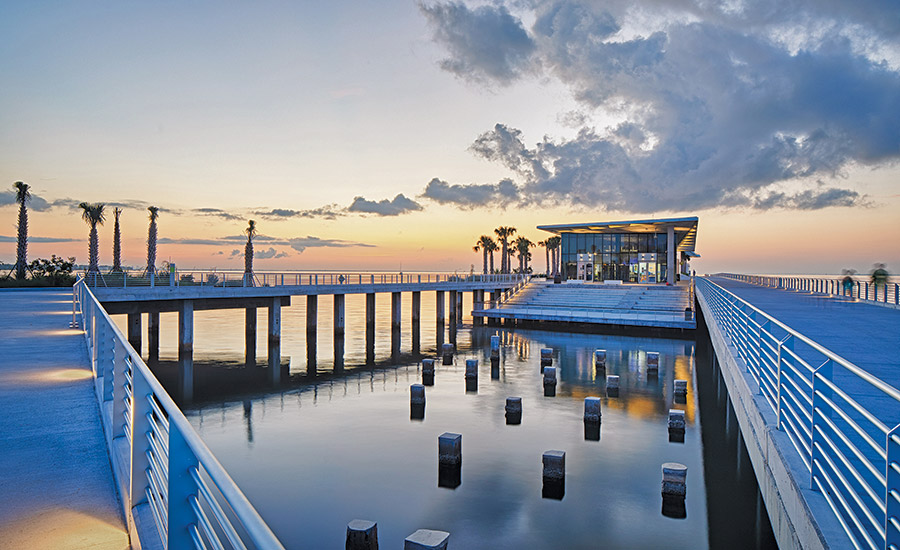 Moreover, when contractors realized the piles from the old pier could not be removed, the project team had to work together to orient the geometry of the new piles around the old. The solution meant that each segment of pier deck would require a unique pour plan, according to the project team.

Skanska reported that “every yard of concrete” on the pier was constructed via the cast-in-place method. The project team accomplished this despite the fact that every concrete placement featured a different geometry, especially those that were performed an estimated 11.5 ft above the water. 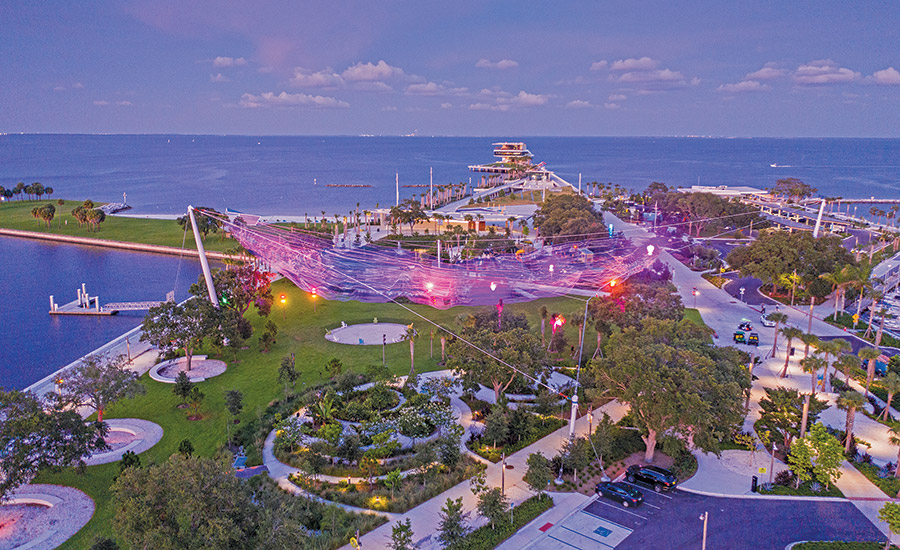 After epoxy drilling eight No. 8 bars into the top of each pile, the team attached a custom-designed five-legged stool and flying table supports using threaded rod to hang the formwork. After the concrete cured, the tables were removed from below by barge. At first a pour took 10 days from plan to pour. By the end of the project the team had the timing down to five days.

“At every step of the project, Skanska, the city and our design and trade partners worked to honor the history of St. Petersburg’s central pier and to deliver a project that would bring joy to residents and visitors alike for many years to come,” said Chuck Jablon, Skanska’s project leader.

In 2019, St. Petersburg Mayor Rick Kriseman, who helped shepherd the pier project in his first days in office, told ENR, “This is going to be a huge draw.” Kriseman was correct. Opened in July 2020, city restrictions enacted due the Covid pandemic limited attendance to 10,000 people per day. Nevertheless, during the first week, attendance nearly maxed out, with a seven-day total of 69,000 attendees.