This website requires certain cookies to work and uses other cookies to help you have the best experience. By visiting this website, certain cookies have already been set, which you may delete and block. By closing this message or continuing to use our site, you agree to the use of cookies. Visit our updated privacy and cookie policy to learn more.
Home » Best Highway/Bridge: New Ajo Way Interchange Improves Safety, Traffic Flow and Livability
ProjectsSouthwestSouthwest Construction ProjectsBest Projects2021
Best Projects

This project replaced a partial cloverleaf interchange originally built in 1965 that connects Interstate 19 and Ajo Way (State Route 86) in Tucson. In its place, the team built a safer, more efficient single-point urban interchange, only the third such highway configuration in the area.

Completed in August 2020, the project also included a wider bridge to replace the old four-lane bridge, a rerouted box culvert for the often-flooded wash below, an ADA-compliant pedestrian bridge, a detention basin for flood protection, sound walls and other “good-neighbor” enhancements. 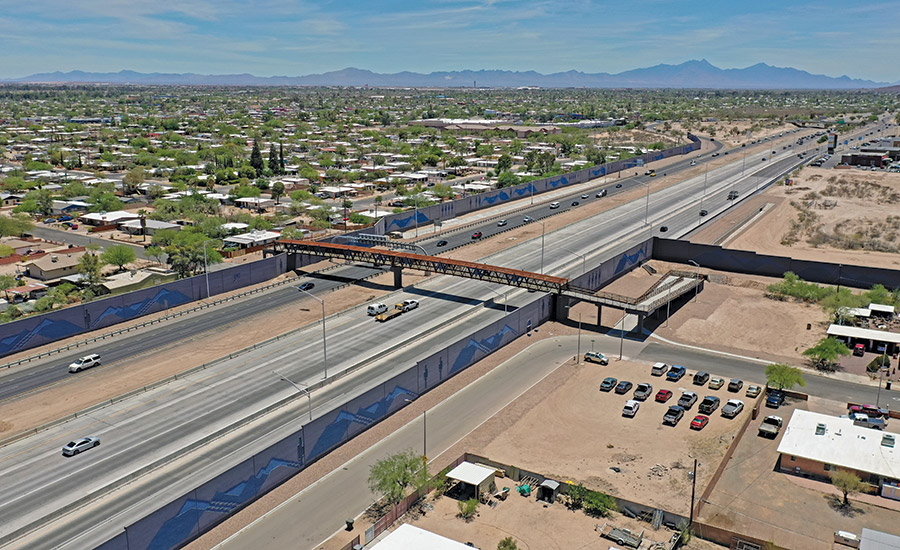 To prevent vehicles from having to undergo weaves to enter or exit the freeway, the Ajo Way braided ramp elevates the southbound Ajo Way entrance ramp over the southbound I-19 traffic exiting onto Irvington Road. This configuration also eliminates the merging traffic weave along I-19 by ensuring that vehicles never cross paths, thus enhancing safety and traffic flow.

Major construction challenges included constructibility and traffic maintenance. During Phase 1, crews built approximately 70 ft of new bridge and bridge approaches. Nighttime closures of I-19 were required for girder installation and to place deck forms and concrete for the exterior parapet. 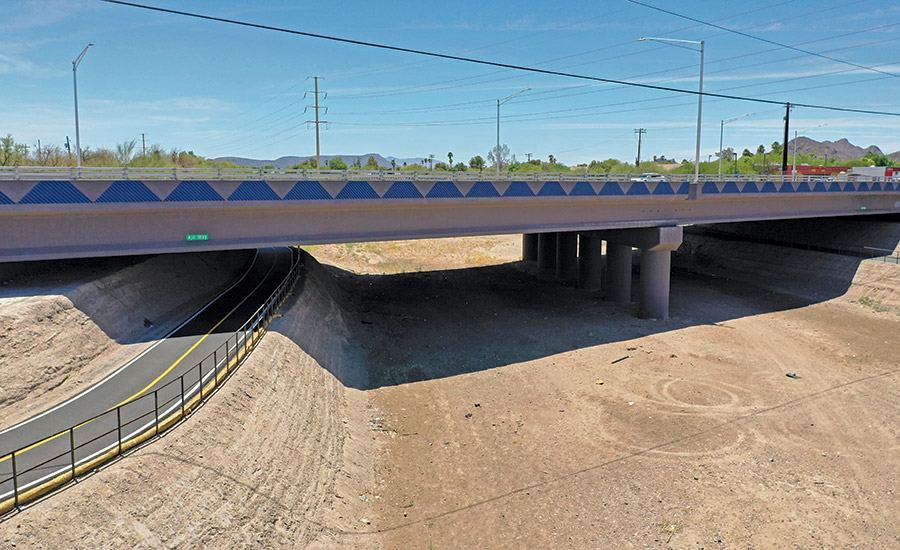 Constructibility was enhanced by locating the new abutments within the end spans of the existing bridge to clear pier spread footings and abutment battered piles. During Phase 2, Ajo Way traffic was shifted to the new bridge and the existing bridge was demolished in a single weekend to minimize disruptions.

Crews had to contend with a 25-ft-deep layer of clay in order to prevent the settling of wall and bridge foundations. The bridge used drilled shafts up to 62 ft deep to avoid settling. Lightweight backfill was added at the retaining walls to limit settling as well. 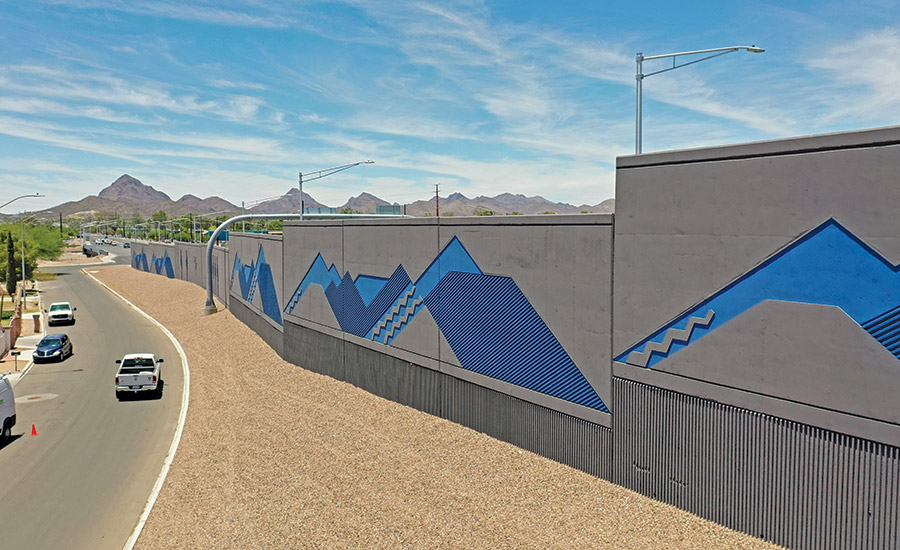 Because the total project cost exceeded the available funding, the team scheduled two 18-month projects instead of a single two-year project, with two contractors participating, one in each phase.