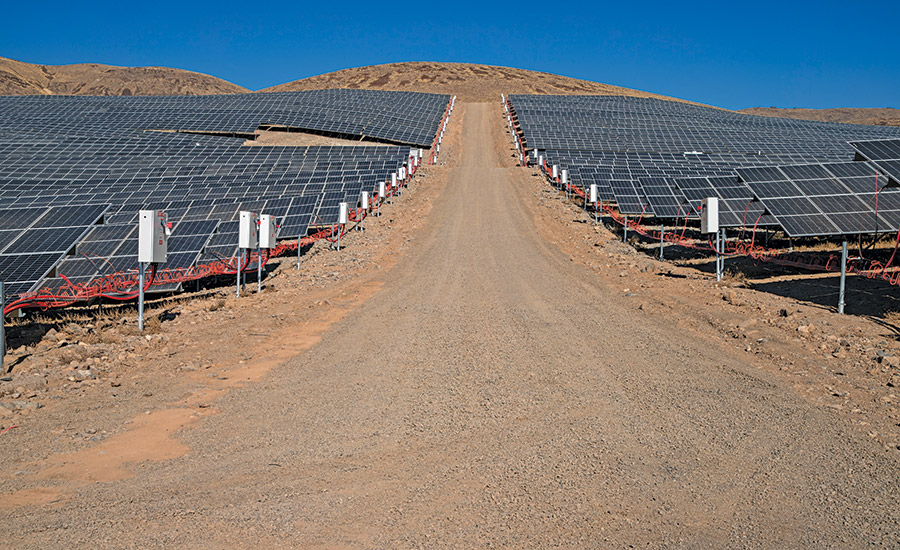 The most defining characteristic of the project, and also its most challenging aspect, was the site’s topography and terrain. The solar farm sits on a hillside with slopes as steep as 30 degrees, and the terrain was covered with rock, above and below the surface, making it a challenge to install panels. Steep topography also created a sliding risk for the equipment, so the contractor incorporated a proprietary fixed-tilt racking solution and ground-screw technology developed especially for tough soils. 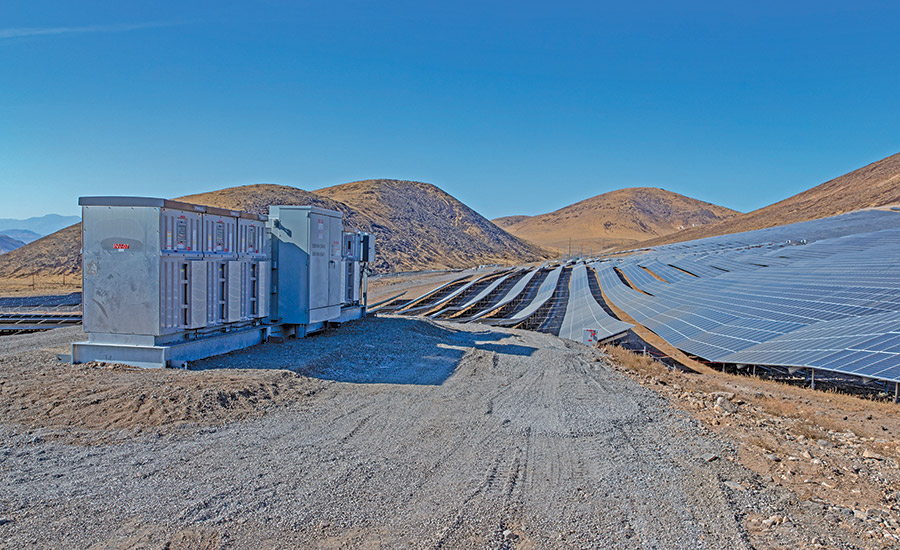 One of the key processes that contributed to the high level of quality and craftsmanship on the project was the implementation of McCarthy’s Golden Row procedure. It consists of installing a comprehensive mock-up of the different racking configurations before proceeding to full production. The mock-ups included all electrical wiring and equipment as well as the actual solar panels. Getting the Golden Row modules in place allowed the team to practice and perfect its installation procedures as well as fine-tune procurement of the electrical wiring before it was needed on site. To safely route the large volume of water coming through the solar field from the nearby mountains, the team built multiple channels using rock harvested from the site rather than importing more expensive rip-rap. 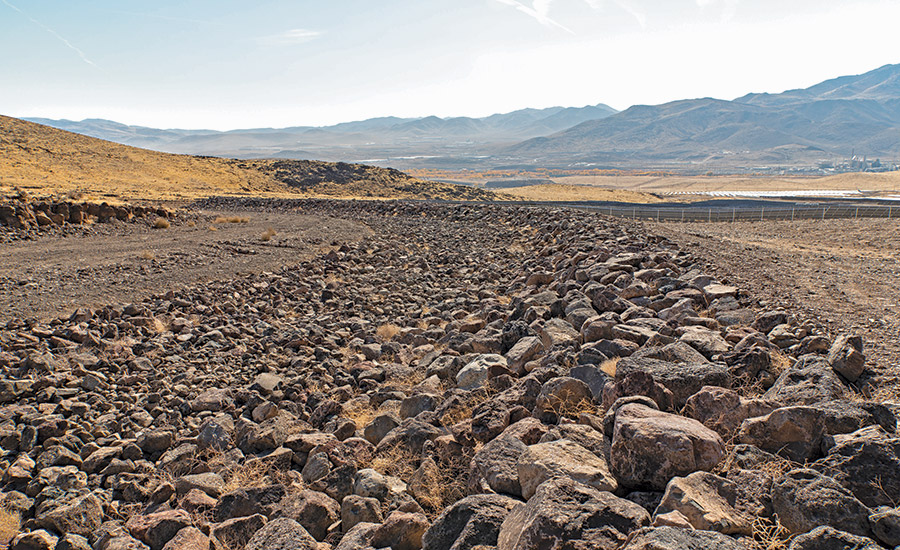 The project site is a short distance from Reno, which allowed 80% of the construction workforce to be locally sourced, but many of the workers had no experience with utility-scale solar installations, so special training programs were implemented. Following completion of the project, many of the workers moved on to work on two other large-scale photovoltaic plants in the same county.