This website requires certain cookies to work and uses other cookies to help you have the best experience. By visiting this website, certain cookies have already been set, which you may delete and block. By closing this message or continuing to use our site, you agree to the use of cookies. Visit our updated privacy and cookie policy to learn more.
Home » Collaborative Team Helps SLC’s $4.1B Airport Soar to Regional Praise, Awards
Mountain StatesMountain States Construction Projects
Best Projects

“It’s probably the only time in my career, and the only time in most people’s careers, to get the opportunity to build an entirely new airport where an existing airport is also operating,” says Mike Williams, the airport redevelopment program director. “It’s a pretty phenomenal project.”

Leon Nelson, vice present of operations for Big-D Construction, which built the project as part of a joint venture with Holder Construction, agrees. He says what stands out to him on a project of this size “is the ability of the team to collaborate and come together and do what we do every day, solve problems and push the project forward.”

The SLCIA project was a first-time joint venture for Holder and Big-D. “We had been courting each other for a few years prior to joining forces, and while we were always culturally aligned, [the timing] of this airport was a great opportunity for us to collaborate,” says Kevin Fauvell, vice president at Holder Construction.

Williams adds, “This is clearly one of the best joint ventures that I have worked with, or anybody at the airport has worked with, as far as becoming one team.” He says the “seamless team effort” extended to nine different firms represented on the program management team. “None of that even matters because they were all here just for this project.” 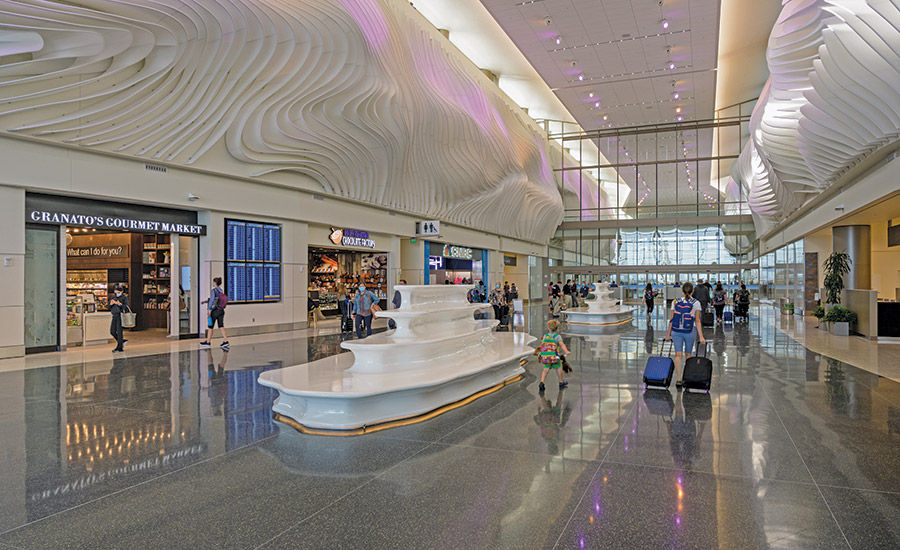 Those included a structural change to the concourse and an expansion of the Delta Sky Club and the terminal itself. Fauvell says the team’s ability to manage those changes was “all about how you respond to it from an attitude perspective,” adding it’s what “allowed us to get creative and make the right decisions for the project.” 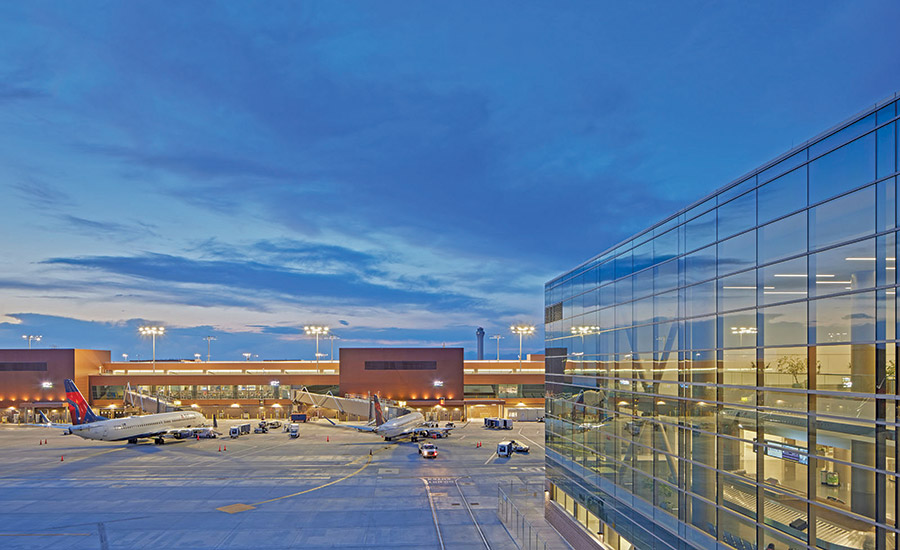 A second phase of work at the airport includes a build-out of Concourse A to the east with 22 gates and construction of the Central Tunnel to connect the A and B concourses.
Photo courtesy of Salt Lake International Airport

Williams says the No. 1 thing Holder Big-D joint venture did to solidify the team was to dedicate space at the construction trailer complex for program management and the design team. “What we did from Day 1 is to have everybody working together, including the airport. We met together and we solved problems together with one goal in mind, which is the program,” he says.

He also credits the city’s openness to bringing its building inspectors on site throughout the project. “They brought in extra support when we had big areas of the project to do. Having those people here the entire time with us was a huge benefit.” 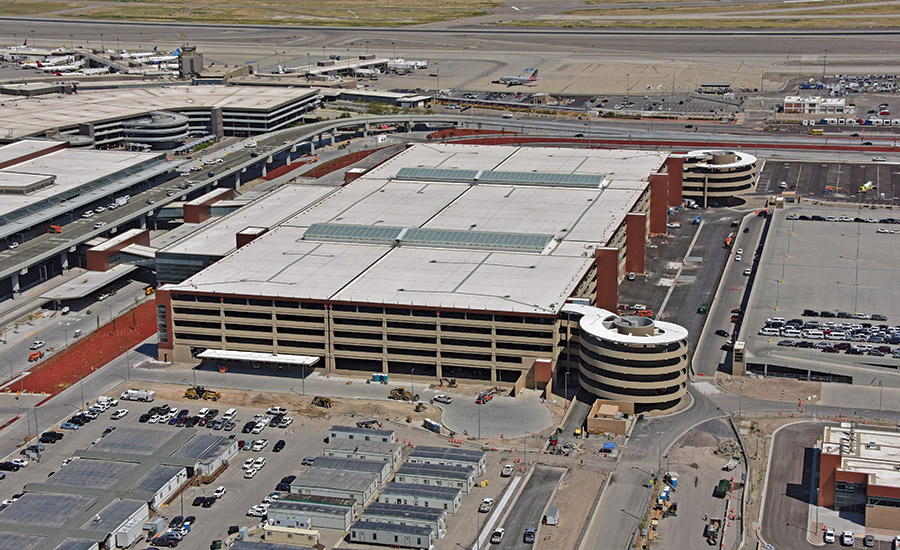 Portions of the project were broken out into smaller packages so that local designers and trade partners that “knew the local market and the airport could participate from Day 1,” Williams says. That was a priority for the city early on. He adds that the team “awarded $1.3 billion worth of trade work to the local contracting community.”

Nelson says the experience that team members gained “will, far and away, better their careers and better the industry.”

The airport recently held an event to celebrate its one-year anniversary during which leaders said the project had achieved LEED Gold certification in June, just nine months after opening. That’s something Williams also credits to seamless team integration. “I don’t believe there’s another team, anywhere, that could have pulled off what this team has done.”