This website requires certain cookies to work and uses other cookies to help you have the best experience. By visiting this website, certain cookies have already been set, which you may delete and block. By closing this message or continuing to use our site, you agree to the use of cookies. Visit our updated privacy and cookie policy to learn more.
Home » Best Water/Environment: Back River Wastewater Treatment Plant Headworks and Wet Weather Equalization Facilities Improvements
MidAtlanticMid Atlantic Construction ProjectsMidAtlantic FeaturesBest Projects2021
Best Projects 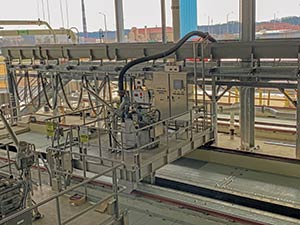 Aging infrastructure at the Back River Wastewater Treatment Plant, originally constructed in 1907, created the potential for significant overflows during major storms into neighboring waterways, including Baltimore’s Inner Harbor and, ultimately, the Chesapeake Bay. In 2002, the city of Baltimore entered into a consent decree with the U.S. Environmental Protection Agency, U.S. Dept. of Justice and Maryland Dept. of the Environment to address the issue.

The improvement project was designed to eliminate more than 80% of the sewage volume overflowing from the city’s system. The $429-million project replaced the plant’s existing headworks to increase influent capacity to 752 million gallons per day from 469 mgd. The project also improved screening facilities, pumping stations and the grit removal process. Two above-grade tanks were built to provide 36 million gallons of storage during wet weather.

Calling it “a massive effort,” one judge added, “These are tough facilities. … It’s a huge team effort to get through this one. And then the quality of these facilities is typically pretty extraordinary … the construction activities to build these usually have to be a very high level of quality. And obviously the impact on the community is pretty significant.”

During construction, the team discovered leaks in underground pipes between two of the major process facilities. Multiple layers of utilities needed to be installed above these pipes, including reuse water, potable water and electrical duct banks. Through extensive investigations, which required backfilling the pipes prior to pressure testing, the leaks were discovered in pipe couplings.

To keep the project on schedule, crews permanently relocated the main feed duct bank at the fine-screen facility, which was hung off the wall so that the structure was unaffected. While the first critical 60-in. couplings were being fabricated, the team isolated the four lines needed to start up half of the pump station so that testing could begin after the couplings were installed. 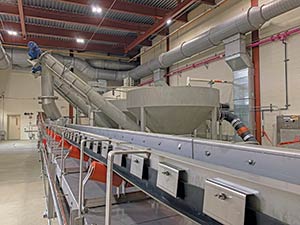 The project team also delivered a new influent junction chamber to divert flows to the new headworks facility. Crews had to work under and around two existing influent conduits, which had to be supported during excavation and construction.

Adding to the challenge, a historic rain event occurred after one of the conduits had been excavated, but not supported. The storm overpressurized the system, resulting in a crack at the top of the dome that spanned the length of the excavated portion of the pipe. Immediately after the storm, the team collaborated to design and install a system that would protect the conduit from collapsing or cracking further. Crews stabilized the conduit with stone and encased the stone and conduit in concrete for additional support.

The team began planning the commissioning and start-up 18 months in advance. Three phases of testing were conducted, which allowed city workers to not only witness its successful operation, but also to be trained on the new systems.

The project was delivered on budget and on schedule in December 2020, enabling the city to meet its consent decree deadline.