Links to the Past Push E-J Electric Forward

ENR New York Specialty Contractor of the Year sustains staff, clients and community as it finds new ways to grow

In its more than century-long existence, E-J Electric Installation Co.’s large-scale projects have included renovations of historic structures such as Rockefeller University and the Ed Sullivan Theater as well as major lighting work for the new Yankee Stadium and Citi Field. For a leading regional electrical contractor, the past is prologue.

“We did the original Paramount Astoria movie studio in Queens in 1918,” says Anthony E. Mann, the firm’s president and CEO, “and then we went in and did a redesign 40 years later in the 1950s and ’60s.”

Mann himself is a continuation of the firm’s legacy, as the son of J. Robert “Bob” Mann, E-J’s former chairman who retired in 2019, and the grandson of Jacques Mann, the first generation of the family to join the electrical contractor in 1912 and who became president. The firm was founded in 1899 by Jack Enright and Theodore Joseph, the “E-J” in the firm name.

E-J’s business achievements and community response earned it selection as ENR New York Specialty Contractor of the Year, a designation it also gained in 2013. “We have the strength of 122 years behind us and not many more firms do,” Mann says, adding that a “family feel” is also key to the company’s success, with multiple members of more than 60 families working there. 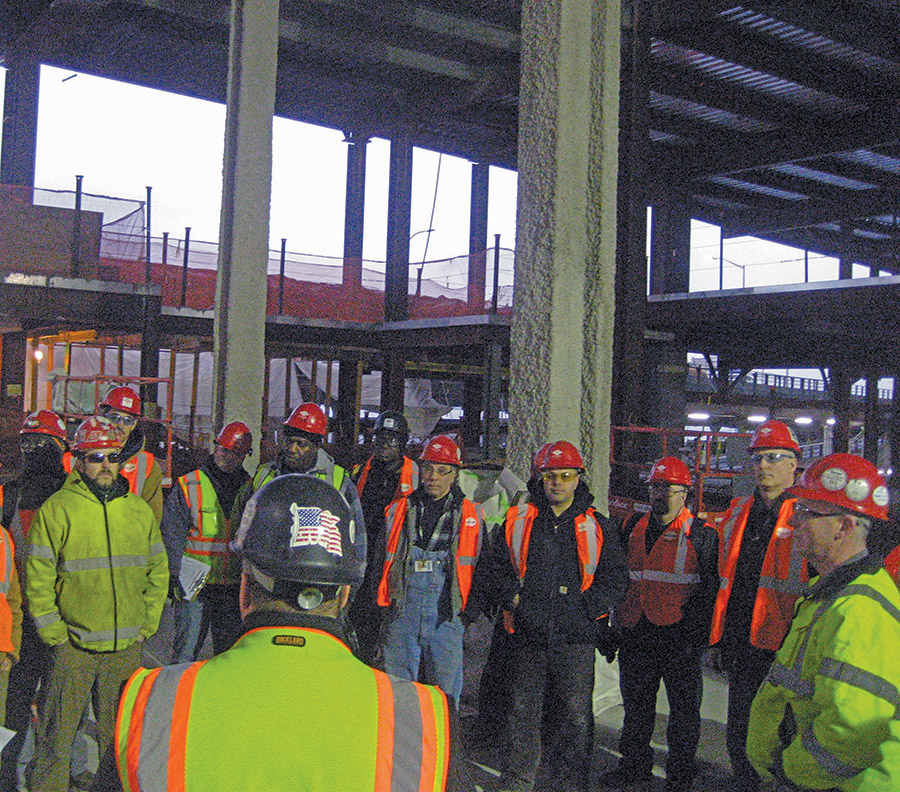 “I think of times when I’ve had emergencies at the stadium,” says Sue Lucchi, vice president of ballpark operations for the New York Mets. “Calling E-J is like calling a member of my family.” The contractor has done maintenance, construction and emergency response work at Citi Field, the Queens-based home of the Mets, for more than 20 years, she says, adding: “It doesn’t matter what time of day or night, E-J always comes running when I need them most.”

Mann says the company now has more than 1,500 employees at its headquarters in Syracuse, N.Y., and offices in Newburgh, N.Y., Wallingford, Conn., and Rhode Island, which came after E-J acquired Rossi Electric in 2021. He says a number of workers have long tenures at the firm. “We have a really large group of personnel who have been here for … 10 and 20 years,” he says.

Frank Lambraia, E-J’s chief operating officer, who began as an intern 35 years ago, says he stayed with the company because he saw the potential to grow his career. “There is a difference between having a job and building a career,” Lambraia says, praising the company’s leadership training, mentorship and “tools for those who want to continue to climb the ladder.”

Mann declines to discuss the firm’s particular COVID-19 project challenges and how the firm increased revenue despite the pandemic. He focuses on what he terms “progressive” changes and E-J’s larger role in design. Currently, “40% of our business is design-build/design-assist/EPC work,” Mann says. “Expansion into renewables with [electric vehicle] charging, solar and battery projects are driving this market for us.”

He says the firm’s diversity, equity and inclusion efforts helped “shape the culture we have today,” noting that these contribute to not just physical safety, but also to “a psychologically safe environment where everyone has a voice.” They also “help us increase our diverse workforce, make the culture better and insure an inclusive workplace for all,” Mann says. The nonprofit Nontraditional Employment for Women, which trains and places women for union construction careers, this year honored E-J’s Keisha Spradley, who is an IBEW Local 3 journeywoman, says the firm website. 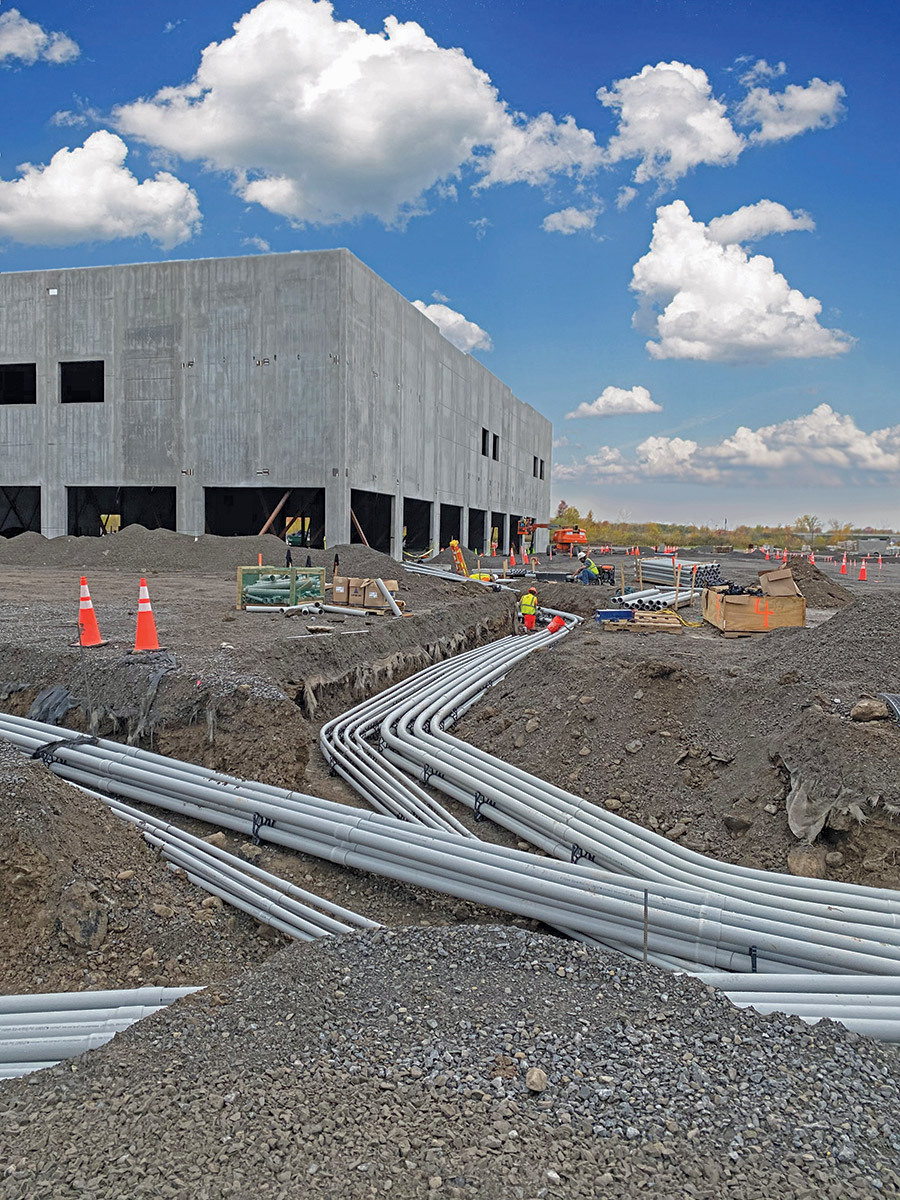 Large distribution centers, like this one in Syracuse, N.Y., were among E-J’s major construction projects in the past year.
Photo courtesy E-J Electric

Community work also tops E-J’s priorities. Mann says it handed out meals to families whose breadwinners were out of work during the pandemic. E-J has long participated with the Diocese of New York Catholic Charities and St. Anthony’s Church during the holidays. Lambraia touts the church’s soup kitchen and other programs to help the homeless in the Bronx.

The electrical contractor also has continued involvement with the Cycle of Support for Children’s Mental Health, which focuses on the impact of children’s mental health in the community, schools and families. Mann has served for 13 years as chairman of the board.

Mann says funds raised through Cycle of Support go to The Jewish Board, a nonprofit dedicated to helping children of all religions, ethnicities, cultural backgrounds and gender identifications across the five boroughs of New York City. “Children’s mental health impacts all of us,” he says.

Specialty Contractor of the Year Gaylor Electric Invests in the Future