In 2020, the contractor donated $1 million to help expand diversity initiatives across the Jacksonville, Fla., community

Just seven years out from its 100th anniversary, Miller Electric Co., and its ubiquitous, diamond-shaped namesake logo, has long achieved icon status in its hometown Jacksonville, Fla., community. And while the company has achieved many past local glories it can point to as it nears its centennial—such as regularly electrifying the hometown Jaguars’ TIAA Bank Field stadium, or its steady growth over the years and resulting geographic expansion, for example—the contractor is intently focused on the future.

From installing some of the most critical components for data centers to implementing numerous emerging technologies, the company works to keep itself on the leading edge of electrical contractors. Miller Electric’s apparently doing a good job on that count. 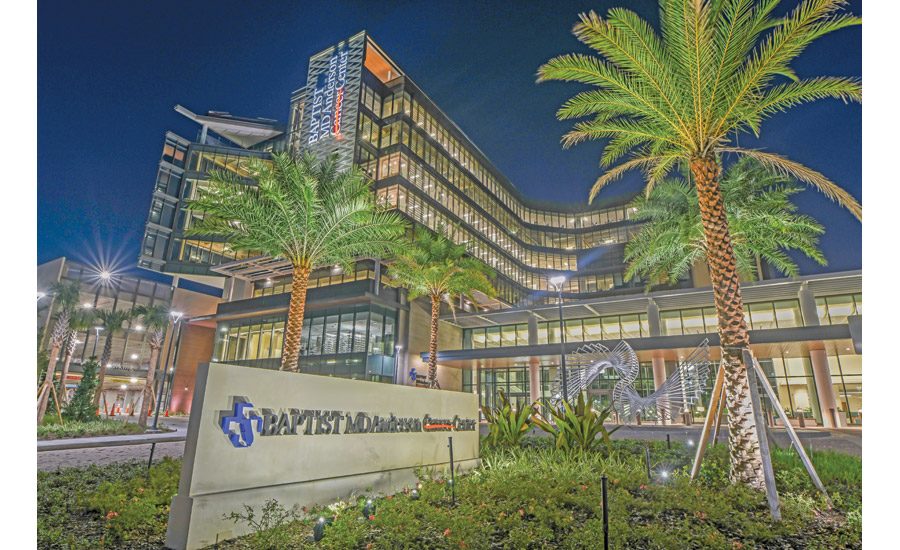 Notably, the contractor grew its 2020 Southeast revenue by roughly $7 million—a feat that proved challenging for many of this year’s ranked firms during the past 12 months. As a result, Miller Electric climbed three spots from last year’s 6th-place ranking.

While the lion’s share of its total Southeast figure—roughly $256 million—came from its home state of Florida, Miller reported revenue from all of the states in ENR’s Southeast region. 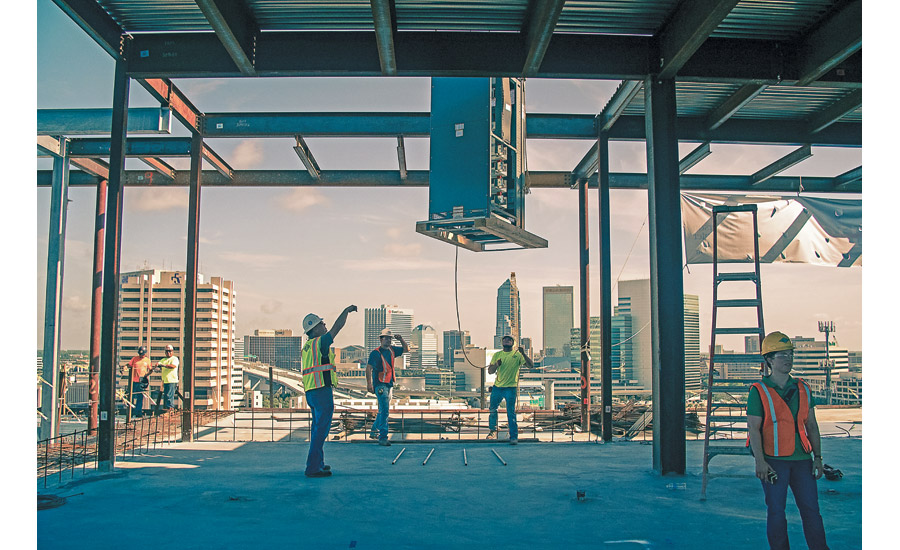 “I think we’ve been able to perform really well and therefore gain significant market share in the last four or five years,” he says. “We’re getting a larger share of those projects.” 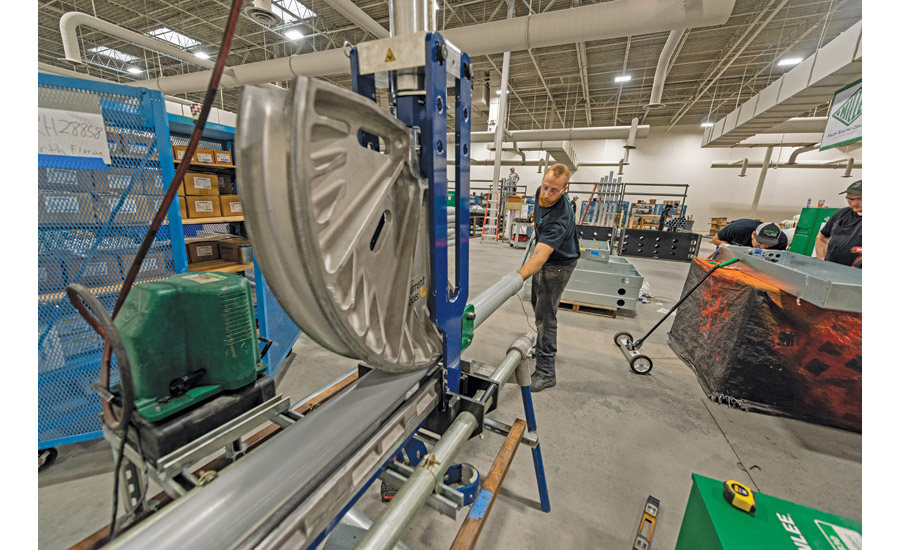 Brown adds that the contractor targets clients and projects “where electrical work is critical to their operations, [such as] hospitals, data centers and large manufacturing where it’s not really all price driven.”

“We also recognize that the construction industry has lagged behind other sectors in ensuring diverse, equitable and inclusive workplaces.”
—Miller Electric Co.’s Announcement of $1-Million Donation to the United Way

Miller’s work in the health care sector is concentrated in Florida, where a growing and aging population continues to spur both new construction and renovations, says Ed Witt, the firm’s chief construction officer.

Society’s ever-increasing reliance on digital systems, on the other hand, is currently generating data center projects “all across the Southeast,” Witt says.
For this market, Brown touts his firm’s decades of experience, dating back to its work on enterprise data centers for banking and financial institutions.

A forward-looking focus also is evident in Miller’s latest contract win, announced Aug. 26. It is part of a Balfour Beatty-led integrated progressive design-build team that will deliver the $44-million Bay Street Innovation Corridor. The Jacksonville Transportation Authority project will quadruple the city’s current Skyway system from 2.5 to 10 miles in length and launch the city’s downtown autonomous vehicle service. 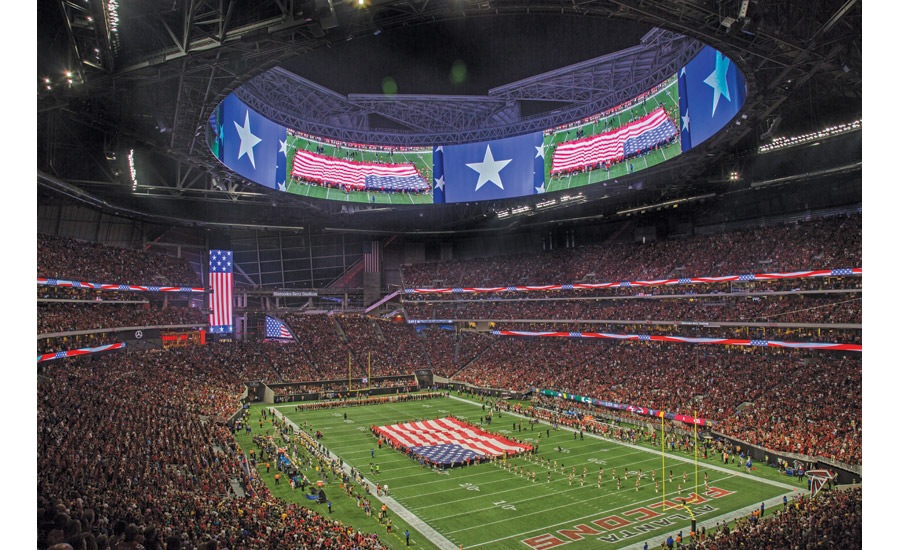 Indeed, CEO Brown’s vision—and that of the company as a whole—is focused much further down the road than just the next project. The biggest example of this is clearly Miller Electric’s $1-million donation to the United Way of Northeast Florida, announced last December, to advance race, equity and social justice efforts in the Jacksonville area.

According to the company’s announcement at the time, the whopping $1-million donation reflected its own corporate belief in providing opportunity for people “regardless of race, gender, faith, sexual orientation, gender identification or any other characteristic protected by law.”

“[Henry Brown] cares about making sure everybody gets a chance for success.”
—Daniel Davis, President & CEO, Jacksonville Chamber of Commerce

The company added that “We also recognize that the construction industry has lagged behind other sectors in ensuring diverse, equitable and inclusive workplaces. We do not accept the status quo.”

Miller’s donation was more personal than any corporate objective, says Michelle Braun, president and CEO of the United Way of Northeast Florida.

In May 2020, as media reports of the events related to the killing of George Floyd held the country’s attention, Braun received a call from Brown. “‘I want to do something,’” she recalls him saying.

The call wasn’t a knee-jerk reaction, Braun points out. “Henry has been working on (the company’s) diversity journey for a long time.”

For instance, Miller Electric has started focusing part of its recruitment efforts on historically black colleges and universities in the area that have engineering and construction management programs, says Brown. 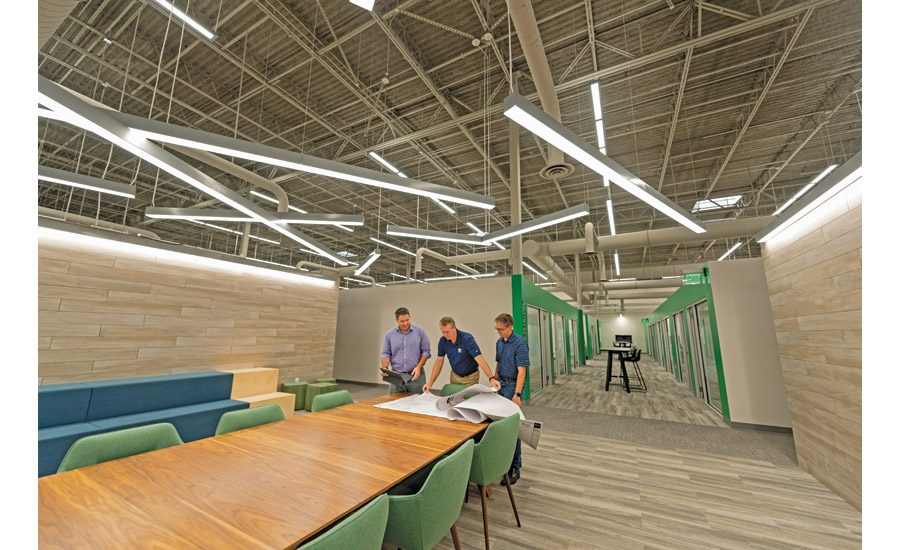 With this focus on HBCUs, Brown says, “We’re going to get access to some talent that maybe we were missing,” adding: “I think it’s going to be great for our company and great for the industry.”

He also says the firm is reviewing how it’s attracting employees into its management development program.

Daniel Davis, president and CEO of the Jacksonville Chamber of Commerce—where Brown currently serves as chairman—vouches for the contractor CEO’s actions on this matter, saying that it’s about “more than just the financial contribution.”

For example, Brown recently spent an evening at a recent chamber event personally meeting with minority contractors “because he cares about making sure everybody gets a chance for success,” Davis says.

In Brown’s case, Davis believes the passion on this topic is about more than writing a $1-million check, but instead is about “spending time actually trying to figure out how you can make it work.”

For its business successes in 2020, and for its efforts to foster future industry diversity and inclusion, ENR Southeast recognizes Miller Electric Co. as its 2021 Specialty Contractor of the Year.

BLOX Looks for a Better Way To Build Projects