This website requires certain cookies to work and uses other cookies to help you have the best experience. By visiting this website, certain cookies have already been set, which you may delete and block. By closing this message or continuing to use our site, you agree to the use of cookies. Visit our updated privacy and cookie policy to learn more.
Home » Imagine Clearwater Project Slowed by City; Brightline Hits Midway Milestone
SoutheastSoutheast Construction News
On the Scene

Officials of Clearwater, Fla., say they remain committed to a comprehensive plan to redevelop the city’s downtown waterfront, but will await a clearer picture on construction costs before allowing work to begin. Known as Imagine Clearwater, the Stantec-designed project calls for transforming an existing underutilized park into a 24-acre urban waterfront development centered around a 4,000-seat covered amphitheater designed to accommodate a year-round schedule of concerts and other community events. The plan also calls for expansive park and recreational spaces, a gateway plaza and bluff walk that connects the park to downtown, a bay walk promenade overlooking the adjacent Intracoastal Waterway, a lake area with picnic shelters and an ocean-themed play area with an interactive pop-jet water feature. “Finally, we will be taking full advantage of our unique downtown waterfront,” says Clearwater Mayor Frank Hibbard. 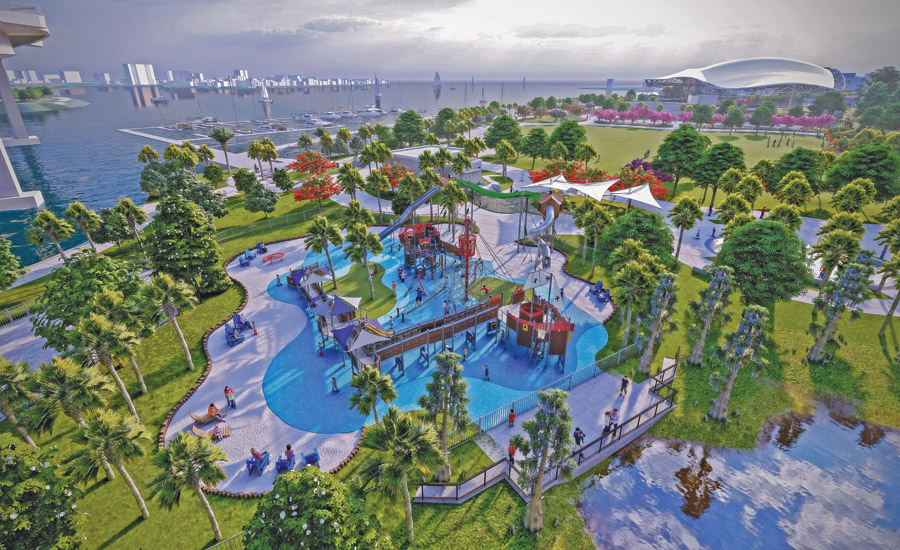 Although Skanska, the project’s construction manager, has already begun sitework at the park, Imagine Clearwater’s original $64.5-million estimate for vertical construction elements reportedly has encountered increasing market pressure from rising costs for building materials and related commodities. City officials elected to postpone a scheduled May 24 ceremonial groundbreaking so that the contractor could develop a final guaranteed maximum price. Discussions between the city and Skanska were still ongoing as of mid-June. Despite the delay, members of the Clearwater City Council and other leaders have publicly expressed hope that Imagine Clearwater will be completed as scheduled in 2023. According to information from Stantec, the new buildings will exceed federal standards for mitigating impacts of climate change and sea-level rise, with insulated glass and other materials to reduce energy used for cooling. Other sustainable features will include solar panels, native landscaping and bioswales for stormwater conveyance. 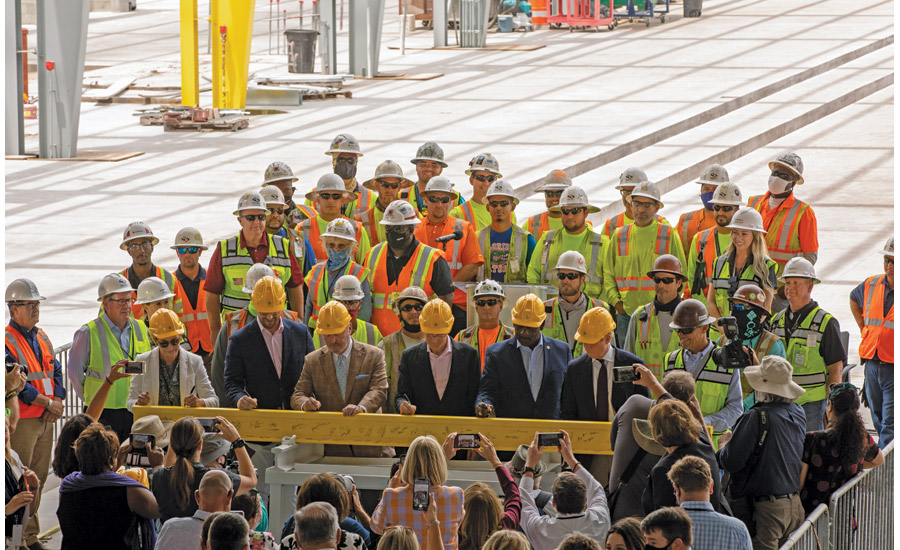 Construction of Brightline’s 170-mile extension from West Palm Beach to Orlando International Airport passed the 50% completion milestone last month, putting the $2.7-billion privately financed project on track for completion in late 2022. Combined with Brightline’s 65-mile-long, three-station segment that began operations in 2018, the Orlando extension will create one of the country’s largest privately financed infrastructure systems. With the Orlando extension designed to safely accommodate speeds of 125 mph, an end-to-end trip along the entire 235-mile route would take approximately three hours. According to company-provided data, the current project, which officially began in June 2019, will encompass nearly 50 bridges, 52,000 tons of steel rail, 1.4 million sq ft of retaining walls and 6 million cu yd of earth embankment. Brightline is also building a 154,500-sq-ft train maintenance facility near the Orlando airport station. Capable of servicing 16 trains daily, the site will include a train wash, an 80,000-gallon biodiesel fuel farm, a 30-ton overhead crane to lift 30,000-lb locomotives and seven miles of maintenance and storage track. Although Brightline trains have been idled since the start of the coronavirus pandemic in March 2020, the company has been implementing its Miami-West Palm Beach segment with positive train control (PTC) systems that will allow speeds of up to 79 mph. The company hopes to resume service soon after the PTC project is completed this summer. 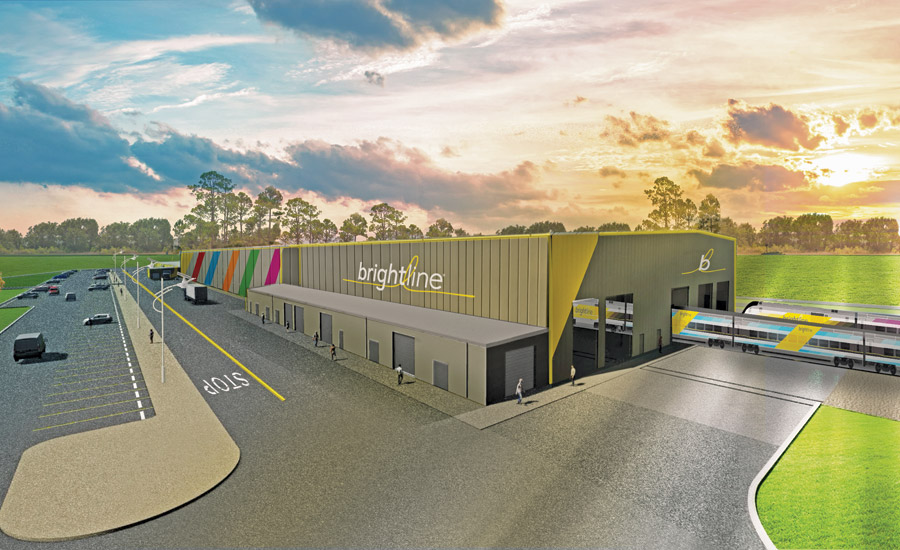 Brightline is already contemplating another expansion along the I-4 corridor to Tampa, which would include a station at Walt Disney World Resort. Brightline CEO Mike Reininger says the company’s growing Florida network, plus a similar project being developed to connect Las Vegas with Southern California, provides a viable model for expanding high-speed passenger rail service elsewhere in the U.S. During an online media event earlier this month, Reininger told journalists, “We foster a strong belief that the private sector for portions of the overall vision of a national network has an enormous amount to offer.”