This website requires certain cookies to work and uses other cookies to help you have the best experience. By visiting this website, certain cookies have already been set, which you may delete and block. By closing this message or continuing to use our site, you agree to the use of cookies. Visit our updated privacy and cookie policy to learn more.
Home » How Brasfield & Gorrie Rose to the Moment in 2020
SoutheastSoutheast Construction Companies
Southeast Contractor of the Year

How Brasfield & Gorrie Rose to the Moment in 2020

By all possible measures, 2020 was, quite simply, one heckuva year for humanity. Contractors weren’t immune to the pandemic-induced fallout and pitfalls that began hitting the U.S. construction industry early last year, including project delays and cancellations, jobsites hit with COVID cases and, quickly thereafter, social distancing that often hampered productivity. And, as this year’s Southeast Top Contractors survey has shown, there were challenges to firms’ revenues.

However, one firm bucking the challenges of 2020 in a big way was Birmingham, Ala.-based Brasfield & Gorrie. Reporting its largest-ever regional revenue total of more than $3.56 billion in the Southeast Top Contractors survey, the contractor’s roughly 15% revenue gain distanced it from the competition, making for a strong No. 1 showing on this year’s ranking.

How strong? The contractor’s Southeast haul nearly doubles that of this year’s No. 2-ranked firm, Turner Construction, which reported $1.84 billion for last year. Simply put, looking at the firm's numbers in isolation, one might see the healthy revenue growth and assume that 2020 was another typical year for the firm. However, it definitely was not. 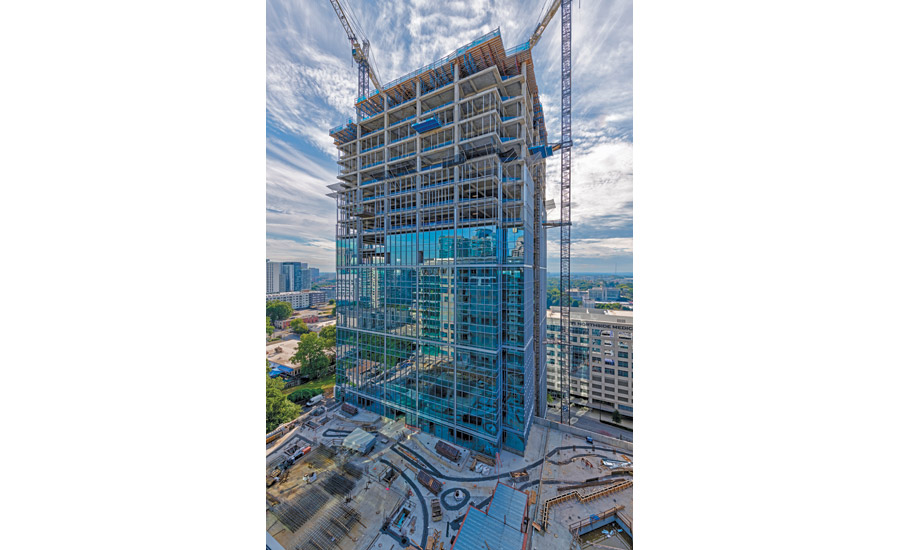 In March 2020, as the COVID-19 pandemic first hit the U.S., Brasfield & Gorrie was busy trying to complete Piedmont Healthcare’s new Marcus Tower in Atlanta. Originally scheduled for completion that August, the contractor was instead looking to wrap up work by May. Piedmont couldn’t wait that long. It needed the project’s additional 132 beds right away.

Calling the pandemic’s initial onset a “crisis moment” filled with “mass uncertainty,” Kevin Brown, CEO of Piedmont Healthcare, says Brasfield & Gorrie didn’t hesitate when the project owner told the team it needed those beds by early April. Instead, the contractor’s response, Brown says, was “let’s get after it.”

At that moment, however, accelerating a health care project would take another level of “getting after it.” One big problem: City inspectors weren’t visiting projects due to COVID restrictions. However, discussions between Piedmont and the city of Atlanta—along with Brasfield & Gorrie—convinced local officials of the critical need for additional beds, and inspectors were allowed to return to the site on a daily basis.

Suddenly adjusting to new jobsite safety protocols—and positive COVID cases—took a “few weeks of figuring out ‘how do we do this and still stay efficient?’” Johnson says. The team implemented the standard formula of working longer hours and bringing in extra crews, but they often came from other, momentarily paused projects nearby. 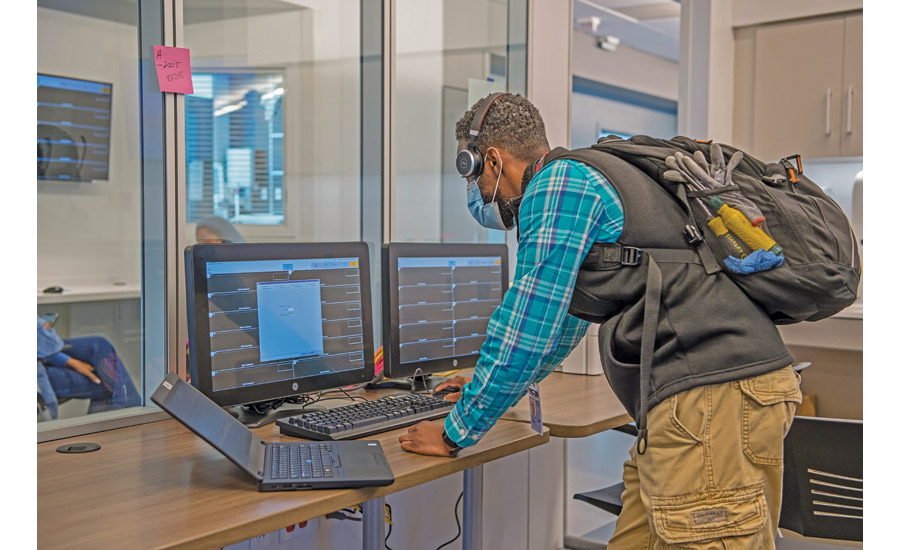 The effort worked, and the Brasfield & Gorrie-led project team delivered the 132 ICU beds on April 13, thereby providing Piedmont and the city of Atlanta with a critical resource for managing the pandemic. “They delivered for us,” Brown says of Brasfield & Gorrie and the rest of the project team, including architectural firm HKS.

Overall, he says of the contractor: “They just do what they say they’re going to do and make it happen.” 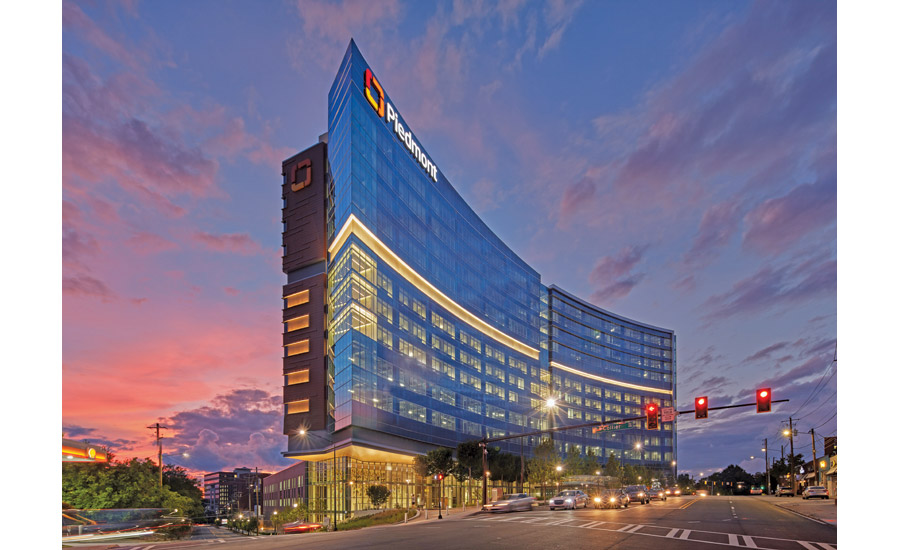 “Treat people the way you want to be treated, and do what you say you’re going to do.” That message “has been preached to me from the day I walked in the door here,” says Johnson, who joined Brasfield & Gorrie in 1992 after graduating from Auburn University.

“I think that is a lot of where the ‘fruit’ has come from—that people believe in that and they practice it,” he says.

The lead preacher of this mantra has often been Jim Gorrie, Brasfield & Gorrie’s CEO since 2011 and the son of founder Miller Gorrie. The message is meant not only to inspire project-by-project excellence but also to help the firm cultivate long-term clients.

Those aspirations are best served by a steady workforce, something the contractor has been able to achieve with longtime tenures such as Johnson’s, more the norm than the exception, and a “lot of third-generation employees,” says Gorrie.

The contractor’s present location within the Southeast’s construction industry, simply put, is at the top and climbing. Including its Texas business, Brasfield & Gorrie has grown into a roughly $4-billion company, and done so completely organically.

With a focus on planning over what Gorrie feels is “a much longer horizon than our competitors,” the company tries to grow its current roster of clients by one or two new entities each year to help meet its annual growth goal of 5% to 10%. That growth will be built by keeping those clients, hopefully forever, he says.

“When I look at each market sector and who we’re getting to work with,” Gorrie says, “we’re very fortunate, and we don’t take it for granted.”

Testifying to the contractor’s stated commitment to delivering for its clients is Mike Plant, president and CEO of the Braves Development Co. 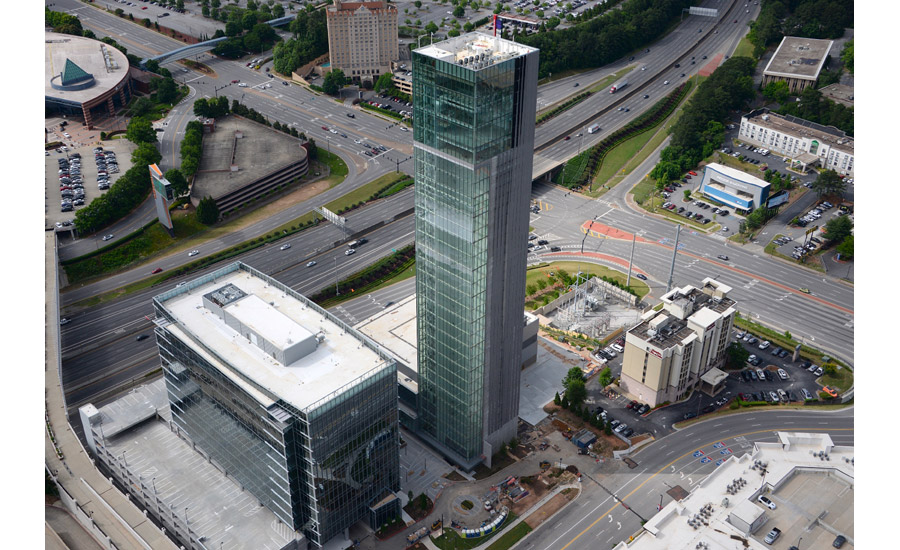 Last August, when Brasfield & Gorrie topped out BDC’s $340-million Three Ballpark Center office tower “months earlier” than the project’s schedule, Plant said in a press statement that the occasion provided “testament to the level of excellence Brasfield & Gorrie brings to the project every day.”

Plant’s praise of Brasfield & Gorrie’s ahead-of-schedule topping out of Three Ballpark Center—an 11-story, 306,000-sq-ft high-rise, core-and-shell office building—also served as proof of the faith he placed in the contractor.

“I made a decision early on that I was not even going to take this to an RFP,” Plant told ENR. “I went right to Brasfield and said, here’s the general conditions, here is your fee—tell me in 24 hours if you want the job.”

Plant wasn’t trying to drive an especially favorable bargain for BDC, he attests. Instead, he felt Brasfield & Gorrie deserved first crack at the offer.

“I put fair numbers on the table,” he says. “They earned the right for us to go back to them with complete confidence that they could do that job.”

Less than 24 hours later, Brasfield & Gorrie was the contractor for Three Ballpark Center.

If confidence such as Plant’s is as pervasive among the firm’s clients as the firm hopes it to be, Brasfield & Gorrie should have plenty of opportunity to maintain its position at the top of the Southeast construction industry for the foreseeable future.