The Denver Zoo recently opened its state-of-the-art Helen and Arthur E. Johnson Animal Hospital to the public. The new facility, which replaces the nearly 40-year-old hospital, is designed to treat the zoo’s 3,000-plus animals while also providing guests with a deep look inside animal care. The 22,000-sq-ft facility—designed by the Denver office of Stantec—includes two treatment rooms, critical care units and a surgical suite.

The new facility provides safe access for the animals, with holding areas that include quarantine spaces. The areas—both indoor and outdoor—are flexible, maximizing the space given to each animal. The building includes considerations for noise, views and access to daylight to ensure animal comfort.

The treatment rooms, surgery suite and laboratory are viewable to zoo visitors, guest veterinarians, researchers and students through large windows. Operating table lights are installed with cameras, allowing lobby visitors to see what the zoo’s veterinarians are seeing through television displays broadcasting live from the surgery suite.

A Colorado project was recently honored by the American Institute of Architects in its 2021 Regional & Urban Design program, which recognizes the best in urban design, regional and city planning and community development. As in other small communities throughout America, the local health system and its medical centers are one of the largest single employers in Haxtun, Colo. (pop. 1,000). The Haxtun Hospital District employs more than 120 people, with an additional 20 or so volunteers.

The “Saving Main Street” plan created by HDR for Phillips County Economic Development explores what could happen if that working population were redirected to occupy Haxtun’s existing main street storefronts and buildings. In Haxtun, the team conceptualized its ideas across a 3.3-acre site, roughly the size of one city block. It calls for a mix of nearly 20,000 sq ft of adaptive reuse and more than 50,000 sq ft of new construction. 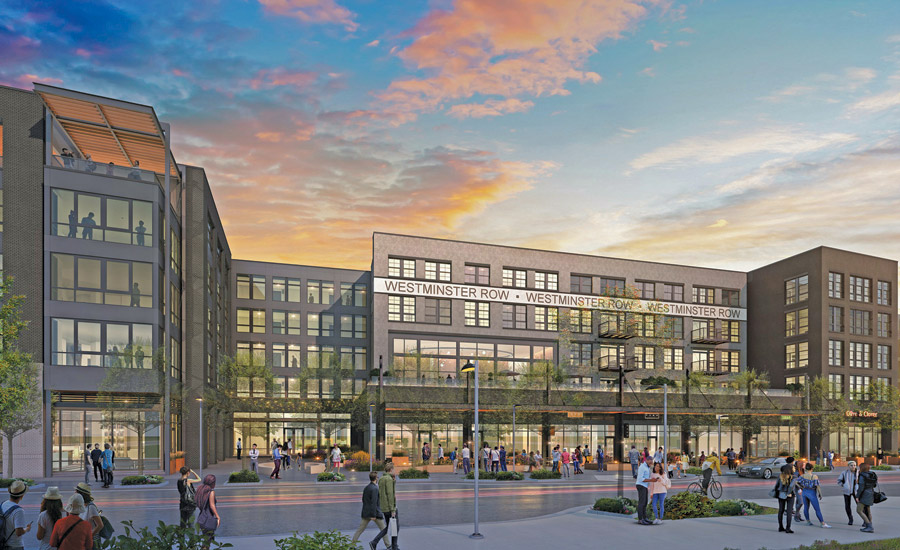 NEW DOWNTOWN Westminster Row’s amenity spaces face a courtyard with a swimming pool as well as areas on Levels 2 and 5 with mountain views to the west.
Rendering courtesy of Hord Coplan Macht

The new $57-million Downtown Westminster, designed by Denver’s Hord Coplan Macht, is transforming a former 105-acre, auto-oriented shopping mall into a vibrant, mixed-use urban downtown. The city of Westminster, Colo., just northwest of Denver, is leading the creation of Westminster Row, which consists of 285 residential apartment units wrapping a 400-car parking garage. The apartments will range in size from studios to three-bedroom units with lofts.

The development has been conceived as a contemporary interpretation of a former warehouse-style structure. More than 16,000 sq ft of retail will front Westminster Boulevard, which will soon become Westminster’s new Main Street. Downtown Westminster has been planned to be highly walkable, with retail spaces providing shopping and dining to tenants as well as the multitude of visitors to the area. The project is expected to be complete in December.

Dodge Data & Analytics and The Blue Book Building & Construction Network have combined their construction market data analysis operations after Blue Book was acquired this spring by Dodge’s private-equity owner Symphony Technology Group. Transaction terms were not disclosed. Dodge CEO Daniel McCarthy will head the combined company, while Blue Book president and general manager Brian Tonry will remain in his current role. Dodge’s headquarters will remain in Hamilton, N.J., while The Blue Book’s main office will be in Jefferson Valley, N.Y. 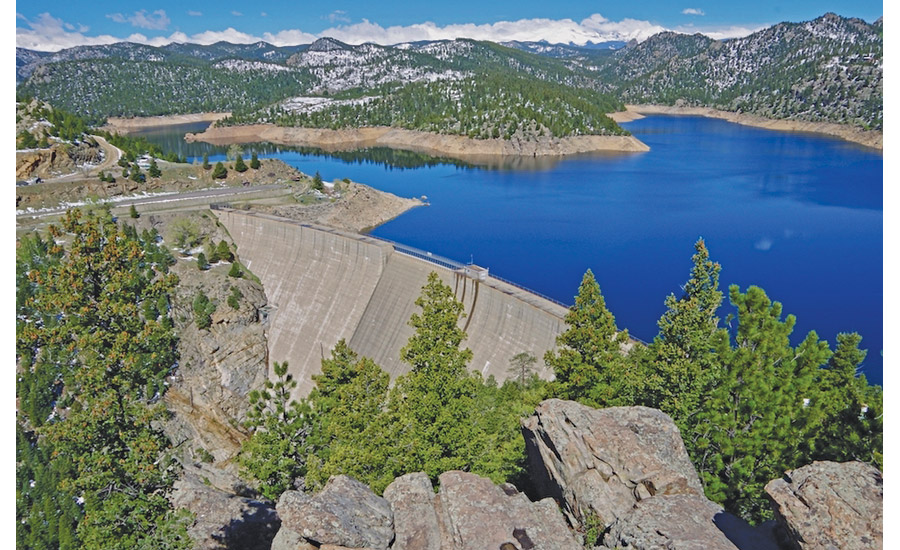 WATERWISE Expansion of Gross Reservoir Dam near Boulder will raise its height by 131 ft to 471 ft, allowing the reservoir to nearly triple in size to about 119,000 acre-ft of water.
Photo courtesy of Denver Water

The $464-million expansion of the Gross Reservoir Dam near Boulder moved a step closer to construction when a federal judge dismissed environmental groups’ legal claim that three federal agencies that have approved the project violated federal law. Expansion of the dam will raise its height by 131 ft to 471 ft, allowing the reservoir to nearly triple in size. When complete, the reservoir will be capable of holding about 119,000 acre-ft of water. The project design by a Stantec-AECOM joint venture is about 90% complete. Construction is set to begin by July 2022 and must be finished by July 2027, as mandated by the federal government. Denver Water commissioners approved last July a two-year, $4.5-million contract to a Kiewit-Barnard joint venture for planning and preconstruction during the final design phase.

SEMA Construction has donated $86,000 to three local organizations to benefit the resiliency of one of its recently completed projects, support the broader construction industry and cultivate the pipeline of future construction talent. The corporate donation is being distributed to three local organizations, as follows: $10,000 to Denver Urban Gardens to help maintain the community garden planted along the 39th Avenue Greenway project corridor; $50,000 for the cross-sector WORKNOW program housed in the Community College of Denver; and $26,000 for a needs-based scholarship in construction management or civil engineering at Metro State University of Denver.