Construction employment declined by 975,000 jobs in April, according to the Bureau of Labor Statistics. The decline in construction jobs from March to April constituted nearly 13% of the industry’s employment and was by far the worst one-month decline ever, says Ken Simonson, chief economist for AGC of America.

Simonson reported that unemployment among workers with recent construction experience soared by 1.1 million from a year earlier, to 1,531,000, while the unemployment rate in construction jumped to 16.6% from 4.7% in April 2019.

“Without new federal help, it is hard to see a scenario where the construction industry will be able to recover any time soon,” Simonson said in a statement. The economist said job losses would likely have been worse if not for the federal government’s Paycheck Protection Program loans, noting that 80% of respondents to a recent AGC survey reported having applied for the loans and most having been approved.

“This employment report shows how widespread— and deep— the job losses have been among construction workers, despite a smattering of new or accelerated projects.”

“Unfortunately, our survey indicates that layoffs are continuing to occur throughout the nation,” Simonson added. “Between March 1 and May 1, 39% of responding firms reduced their headcount. Reductions were particularly severe in the Northeast, where 53% of firms terminated or furloughed employees. The South had the fewest firms reporting staff reductions—29%, while 38% of firms in the Midwest and 45% in the West reduced headcount.”

In addition, 43% of AGC survey respondents said they hope for a larger federal investment in infrastructure, which will be especially vital as budget constraints force many state and local officials to curtail capital expenditures. And nearly 32% of firms say they would like Washington to enact a COVID-19 business and employee continuity and recovery fund. An equal percentage of firms want Congress to fill state highway transportation departments’ immediate $50-billion funding gap.

Meanwhile, the U.S. economy contracted at an annualized 4.8% rate during the first quarter as a result of the pandemic, according to an Associated Builders and Contractors analysis of data from the U.S. Bureau of Economic Analysis. The decline in GDP is largely a reflection of the final three weeks of March.

Declines in consumption expenditures, nonresidential fixed investment, exports and private inventory all contributed to the onset of a recession during the year’s first quarter, while increases in residential fixed investment, federal government spending and state and local government spending helped offset some of the losses. Investment in nonresidential structures fell 9.7% on an annualized basis and has declined for four consecutive quarters.

“Backlog is not the sturdy shield against the initial phases of a recession that it was in the past.”

“The question has been how much the preexisting backlog—which stood at 8.2 months in February, according to ABC’s Construction Backlog Indicator—would shield the nonresidential construction sector from what has become a remarkably deep recession,” said Anirban Basu, ABC chief economist. “Combined with the categorization of construction as an essential industry in many states, it was expected that construction activity would hold up well.

“But this data indicates that backlog is not the sturdy shield against the initial phases of a recession that it was in the past,” said Basu. “Moreover, some owners of projects have become skittish and therefore have been actively contemplating whether or not to postpone or cancel projects that otherwise would have begun. Even prior to the pandemic there was some concern among private developers that certain segments had been overdeveloped, such as hotels, office space and apartments.”

Few industry economists expect to see improvement in the near term without more help from the federal government.

“Federal officials can, and should, take additional steps to help avoid more layoffs and economic hardship,” Simonson said. “The construction industry’s job losses have little to do with temporary work stoppages, but a lot to do with longer-term economic problems that will not end with the stay-at-home orders.”

“We expect that second quarter numbers will be considerably worse,” Basu said. “However, many project owners may decide to rebid projects with the hope of garnering more favorable bids in what is perceived to be an emerging buyer’s market.

“However, if Congress passes an infrastructure-oriented stimulus package, project owners may find that the cost savings are not nearly as significant as anticipated due to rising materials costs and other factors,” he added.

Colorado business filings were undercut significantly by COVID-19 in the first quarter of 2020, according to a University of Colorado Boulder report released by Colorado Secretary of State Jena Griswold.

The Quarterly Business and Economic Indicators report, prepared by the Leeds Business Research Division at CU Boulder, shows 33,848 new corporations, nonprofits and other entities filed initial documents with the secretary of state’s office in the first quarter of the year. That marks a 5.6% decline in new entity filings year-over-year. Existing entity filings rose 7.8% year-over-year, with 172,267 entities filing renewals.

“Before the pandemic, Colorado’s economy was outperforming the nation. Now, unemployment more than doubled in a month and many small businesses are struggling to keep their doors open,” Griswold said in a statement.

Colorado business confidence for the second quarter of 2020 is at an historic low, according to the latest Leeds Business Confidence Index (LBCI). The LBCI does recover somewhat looking to the third quarter of 2020, indicating confidence in the strength of Colorado’s economy going into the crisis and its ability to rebound. 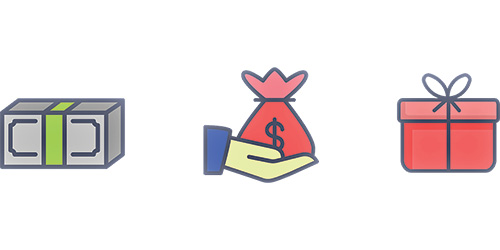 The Sundt Foundation has donated $5,000 to help two Salt Lake City nonprofits during the COVID-19 pandemic. The Utah Food Bank and Shelter the Homeless each received $2,500 in relief aid from Sundt.

“This pandemic has impacted the Salt Lake Valley in so many ways,” said Dustin Murphy, Sundt Foundation board member. “Our foundation board made a swift decision to donate $200,000 in relief aid to over 20 nonprofits across our nine geographic markets, including two in Utah.”

During April, the Utah Food Bank distributed nearly 4.5 million lb of food to those in need. Since the start of the pandemic, Shelter the Homeless has continued to protect the most vulnerable individuals who are experiencing homelessness.

“Our members are so happy to be able to support the organizations that are on the front lines keeping people fed and safe, while also maintaining all the protocols to keep themselves healthy,” Murphy added.