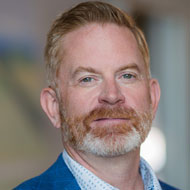 Mark Bryant has three decades of IT expertise, having served in the financial services, software, manufacturing, and AEC industries. He received his business administration accreditation from Sheridan College in Ontario and earned additional credentials related to e-commerce from the Ivey School of Business in London, Ontario. He completed his executive MBA at Boston University. He is a recipient of numerous awards over the last decade including most recently, while working as CIO at PCL Construction, being named one of ENR's Top 25 Newsmakers in 2018, and the next year, Canadian CIO of the year for the private sector category, by the Information Technology Association of Canada. In addition to his duties at Latium Technologies, he continues in the role of CIO at PCL Construction.