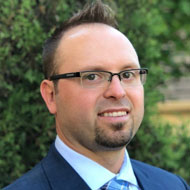 Matt Pappas is the chief data officer of Kiewit Data Services, responsible for leading Kiewit’s data management, data integration and automation, and data analytics. Prior to being named chief data officer, Matt was the chief financial officer for a large construction company in Portland, Oregon. He held that position from January 2018 until his return to Kiewit in April 2020. Matt’s Kiewit experience includes serving as the regional business controller for Kiewit Infrastructure West Co., where he oversaw the business controllers of six west coast districts. Prior to that he was the district business controller for Kiewit Power Constructors in Lenexa, Kansas. Matt holds a bachelor’s degree in finance from Pittsburg State University. Kiewit is one of the largest and most respected construction and engineering organizations in North America. The company had $10.3 billion in revenue in 2019.