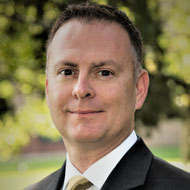 John Burke is the Development & Construction Manager for the City of Westminster, Colorado. John worked as a Civil Engineer in the private sector for 10 years, and has invested the last 15 years working for the City of Westminster. From 2012-2016 he managed over $70 million dollars in infrastructure projects to complete Westminster Station which is part of the Regional Transportation Districts Commuter Rail system that connects Westminster to Denver. Over the past five years, John has helped the City of Westminster negotiate over $400 million dollars in private investment to build over 1 million square feet of mixed use commercial, residential, office, entertainment and hotel development in the City’s new Downtown Westminster project. This is a vision aligned 100-acre re-development led by the City which allows for integration of smart technologies on every corner. In addition to his full time job with the City, John is a trainer for the APWA Public Works Institute and has given a number of speeches at APWA, ACEC, SMPS conferences and is also the author of a book titled: “RFP - Request For Personality, Win People, Win Projects.”