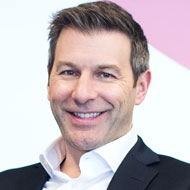 Alexandre L’Heureux is the President and Chief Executive Officer of the Corporation. Mr. L’Heureux joined WSP as Chief Financial Officer in July 2010, and held this role until transitioning to the role of President and CEO in October 2016. Mr. L’Heureux’s vision and leadership have been key to WSP’s global growth, completing more than 60 acquisitions throughout his time at the company, thus significantly increasing WSP’s geographical footprint and adding some 50,000 talented employees to our workforce. Mr. L’Heureux brings to WSP over 25 years of international experience, with a strong skillset in finance, mergers and acquisitions and business strategy. Before joining WSP, from 2005 to 2010, Mr. L’Heureux was a Partner and Chief Financial Officer at Auven Therapeutics L.L.L.P. Prior to that, he developed extensive knowledge of the alternative investments industry as the Vice President of Operations at Citibank - Hedge Fund Services (formerly BISYS Hedge Fund Services). He is a member of the Canadian Institute of Chartered Accountants and of the Chartered Financial Analysts Institute. Mr. L’Heureux was also appointed Fellow of the Ordre des comptables professionnels agréés du Québec (Quebec CPA Order) in 2017.