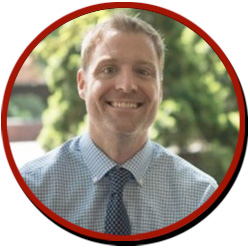 Williams joined Urban Engineers at its Philadelphia headquarters shortly after graduation from Drexel University in 2004 to design large-scale multi-million-dollar projects with the firm’s aviation department. Three years ago, Williams was tasked with leading business acquisition and execution efforts in the Southwest Region office in Irving, Texas, where he now serves as Southwest Regional Manager, leading the firm’s airport and site development design and construction. His engineering and management expertise was integral in the success of a runway extension project at Philadelphia International Airport, which involved multiple phases and intricate sequencing to include directional drilling under both an active runway and taxiways to install proposed utilities. His day-to-day oversight of pavement evaluation at Trenton-Mercer Airport led to an analysis that recommended the use of less construction material for their airfield, resulting in over $2 million worth of cost savings to the client. Williams is founder and CEO of Awareness Inc., a non-profit organization whose mission is to advocate for those who are unable to help themselves, with a focus on philanthropy and fundraising. He is an active member of the American Society of Civil Engineers and is president-elect of the Dallas Chapter Board for 2021.