New York/Newark is a world-class gateway, and we fly nonstop to more cities from the area than any other airline — over 30 more. It’s an important part of our expansive route network and our ability to serve more than 158 million customers last year.

But our commitment to the New York/New Jersey area goes beyond our size, scale and the quality of our facilities. More than 15,000 members of our United family call it home, and we’re personally invested in its success. We cheer on the same sports teams, whether you bleed blue or green. We cheer you on all 26.2 miles of the New York City Marathon. And we proudly partner with organizations like the Aviation High School, the Boys & Girls Club, Newark Museum and Carnegie Hall.

In the city that never sleeps, we’ll never sleep on our core mission: Connecting people and uniting the world.

Tutor Perini Corporation is a leading civil, building and specialty construction company offering diversified general contracting and design-build services to private clients and public agencies throughout the world. We have provided construction services since 1894 and operate through three groups, Civil, Building and Specialty. We have established a strong reputation within our markets by executing large, complex projects on time and within budget. We offer general contracting, pre-construction planning, comprehensive project management and self-performed construction services. We are known for our major complex building project commitments, as well as our capacity to perform large and complex transportation and heavy civil construction.

Walter P Moore is an international company of engineers, architects, innovators, and creative people who solve some of the world’s most complex structural, technological, and infrastructure challenges. Providing structural, diagnostics, secure design, parking, enclosure, and construction engineering services, we design solutions that are cost- and resource-efficient, forward-thinking, and help support and shape communities worldwide.

Since 1991, Armand Corporation (MWBE) has delivered comprehensive Construction Management/Program Management services, holding contracts with some of the largest governmental agencies in the Northeast. The firm has expertise in virtually every project sector, including multi-family housing, k-12 and higher education facilities, disaster recovery, transportation and transit, and including LEED projects. 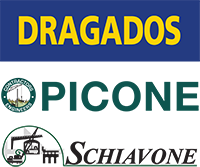 ENGIE Services U.S. is a national energy infrastructure and building services company that helps education, government, commercial and industrial customers become more efficient, productive and sustainable. Customers benefit from our wide spectrum of highly customizable building system maintenance and facility management services, technical projects and integrated programs. Over the past 40 years, thousands of our customers have captured more than $2.7 billion in savings, while also improving the performance of their facilities in terms of reliability, safety, comfort and resource use.

With the full backing of our parent company, ENGIE, we are driving the energy transition to a low-carbon economy. Our ambition is to build a society that demands less energy and is less dependent on fossil fuels.

At Jacobs, we're challenging today to reinvent tomorrow by solving the world's most critical problems for thriving cities, turning abstract ideas into realities that transform the world for good. With $14 billion in revenue and a talent force of more than 55,000, Jacobs provides a full spectrum of professional services to successfully deliver a wide range of projects for PANYNJ, including rail facilities, airports, bridges, tunnels, buildings, highways, and port facilities, among others. Visit www.jacobs.com, and connect with us on LinkedIn, Twitter, Facebook, and Instagram.

Mott MacDonald (www.mottmac.com) is a $2 billion global management, engineering, and development firm. With over 16,000 employees including 2,500 in North America, we deliver sustainable outcomes for clients in 150 countries. Mott MacDonald works on projects in the transportation, buildings, power, oil and gas, water and wastewater, environment, education, health, international development, and digital infrastructure sectors. We are proud to have worked with the Port Authority of New York and New Jersey on projects including the New York Harbor Water Siphon, World Trade Center PATH terminal, and the revitalization of JFK International Airport.

The New York Council Navy League of the United States is a citizen-led military support organization founded in 1902 to support the sea services — U.S. Navy, U.S. Marine Corps, U.S. Coast Guard and U.S.-flag Merchant Marine. The New York Council was the first council established and is now one of the largest and most active of the Navy League councils. Many New Yorkers and Sailors know us as one of the founders of Fleet Week New York. If you would like to join or learn more about our programs, visit us online at nynavyleague.org or follow us on Twitter @navyleaguenyc.

VRH Construction was founded in 1958 with a single-minded vision: to serve the construction needs of the aviation industry. Today, we are a recognized leader in pre-construction, general construction, construction management, passenger boarding bridge installations, retail, food & beverage fit out and design-build services - and the only company in the Northeast U.S. that specializes in aviation construction.

For 62 years, our clients - airlines and authorities alike - have viewed VRH as a valued business partner, advising and providing unique localized construction expertise to the aviation industry. We've delivered thousands of construction solutions with proven results to our clients, who know that when they need to keep airport operations moving during construction, they can rely on VRH to ensure operational continuity and exceed expectations.

Autodesk Construction Cloud combines advanced technology, a unique builders network and predictive insights to connect people and data across the entire building lifecycle, from design through operations. At the center of ACC are best-of-breed construction solutions Assemble, BuildingConnected, BIM 360 and PlanGrid.

With a commitment to safety as our foremost value, BrandSafway delivers the widest range of services, products and solutions — with the greatest depth of expertise — to the industrial, commercial and infrastructure markets. Our product and service portfolios allow us to offer the most efficient and cost-effective site-specialized craft services.

At Burns & McDonnell, our engineers, architects, construction professionals, scientists and consultants do more than plan, design and construct. With a mission unchanged since 1898 — make our clients successful — our more than 7,000 professionals partner with you on the toughest challenges, constantly working to make the world an amazing place.

Granite Construction Northeast, Inc. (GCN) is a wholly owned subsidiary of Granite Construction Incorporated, one of the nation’s largest infrastructure developers and construction materials producers. GCN has five decades of experience in the Northeast region with many public agencies that include MTA, PANYNJ, NYCDOT, NYSDOT, AMTRAK, and NYCDEP and a strong working knowledge of NYC’s public sector’s rules andoperating requirements. GCN provides a full-service approach to designing and constructing major heavy-civil projects with rail/transit, power, underground elements and installation and integration of complex systems in the Tri-State area to assist clients in meeting today's travel demands.

Holt Construction is a full-service construction management and general contracting firm offering a broad range of services in markets including aviation, commercial and industrial, corporate interiors, education, entertainment, food and beverage, health sciences, hospitality, mission critical, retail and transportation. Founded in 1919, Holt has built a legacy of outstanding construction projects for our clients across the country. McKissack is the oldest minority-owned construction management firm in the United States. Established in 1905, by brothers Moses III and Calvin McKissack, the first African American architects in the country, McKissack has remained a family-owned business. Over that time, McKissack has been a progressive industry leader in the planning, design, and construction of more than 6,000 projects, proudly upholding the standards of excellence established by its forefathers.

Now led by Cheryl McKissack Daniel, a fifth generation McKissack, the firm has been involved in a wide-variety of transportation sector projects, including airports, rail and transit, stations and terminals, bridges and tunnels, and roads and highways.

McKissack maintains its headquarters at 1001 Sixth Avenue in the Bryant Park section of midtown Manhattan, a satellite office in Harlem, which houses its Office of Community Employment, providing MWLBE management and Workforce development services as well as a full-service office in Philadelphia. McKissack is certified as an MWBE in New York State and City as well as The Port Authority of New York and New Jersey.

Tully Construction Co. Inc. is a family owned business, managed by a third generation of the Tully family. Tully is a full service construction company that brings safety, quality and productivity to the heavy highway and bridge construction industry for more than eighty years. The Tully team is geared to handle fast track, complex projects and specializes in highway, bridge and airport construction.

YU & Associates (YU) is an award-winning, diversified consulting engineering firm providing site/civil, planning, geotechnical and environmental services for transportation infrastructure and aviation projects throughout the NY Metro region. YU has been providing transportation planning and design for regional highways and bridges, railroads and airports for over 25 years.