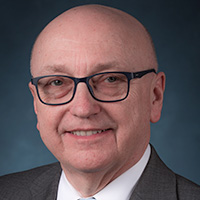 Steven is currently serving as Chief of Major Capital Projects. Steve has served as the Chief since 2015. Prior to his selection as Chief, Steven served as Deputy Chief of Capital Planning and Director of World Trade Center Construction from 2006 - 2015. Steven grew up and has deep roots in the New York and New Jersey Metropolitan Area and has been a resident of Glen Ridge, New Jersey since 1981. He developed a keen interest in construction and engineering through family members. Combine Steven’s real world construction experience working as a summer laborer, with his formal education from Manhattan College, where he earned his Bachelor’s of Science Degree in Civil Engineering, and the foundation for a successful career was laid and has ultimately lead to him to direct multiple multi-billion dollar “Mega Project” Capital Programs. Steve and his team are writing the book on the management of this “Miracle in the Making”.

As Chief of Major Capital Projects Steve leads the most critical Port Authority “Meg- Projects,” that total in excess of $65 billion, including the Port Authority Bus Terminal replacement, the PATH-to-Newark Liberty International Airport extension, the Bayonne Bridge “Raise the Roadway” Navigational Clearance Project and the emerging Gateway Tunnel Project on behalf of the agency. Steven focuses on ensuring on-time, on-budget project delivery, while working closely with various stakeholders for these challenging, complex and critical transportation megaprojects. These strategically important projects are vital to the New York and New Jersey transportation network but also the entire continental United States. In his current role Steven also continues to oversee the World Trade Center site redevelopment and the construction of the Transportation Hub.

As Deputy Chief and Director, Steve was responsible for overall World Trade Center (WTC) Site Redevelopment, including management of a $25 billion 5-year capital program. The program included construction of a Federal Transit Administration funded Transportation Hub which has become the “Grand Central Station of Lower Manhattan;” the One World Trade Center Tower – which has become the tallest building in the western hemisphere at 1776 feet; the National September 11th Memorial and Museum which incorporates one of the largest man made water features in the world, which has already become one of the most visited sites in New York City; a state of the art Vehicular Security Center which is screening all vehicles entering the subsurface area within the site; a 12,500 ton Central Chiller Plant providing a “green” source of chilled water for all of the projects public space; and a new 500,000 ft2 WTC Mall and Pedestrian Concourse, providing high end retail for Lower Manhattan. Steven is responsible for all aspects of these projects including, planning, financial strategies, processes, operations and the management of Agency internal personnel and consultant supplemental staff, as well as coordination with outside governmental entities, major real estate developers and construction firms operating as Joint Ventures, General Contractors and Subcontractors. To ensure his overall knowledge of the project, Steve walks his job sites daily to speak with workers and supervisors. He also maintains a very close relationship with local labor unions.

In addition to his leadership positions within the Port Authority of New York and New Jersey, Steven has made significant contributions to his Glen Ridge, NJ, community where he served as Mayor from 1999 to 2003. In addition to his tenure as Mayor, Steven also served as President of the Town Council for several years and was a three term Councilman. He has been very active in the Planning Board, Board of Education as well as numerous other Committees and Forums.

Steven also serves as the Chair of the Pastoral Council of the Sacred Heart Church, Glen Ridge and directed the approximately $2 million capital program for renovation of their Church, School, Rectory, and Convent. Steve has also coached youth basketball, baseball, and soccer.

Immediately prior to assuming responsibility for the WTC Site Redevelopment, Steven Plate was instrumental in the construction management and delivery of the Port Authority AirTrain JFK transit system, an approximately $2 billion project. Steve delivered this critical mega-project on time and under budget. AirTrain JFK links the airport to both the Long Island Railroad and the New York City Transit Authority A, E, J and Z Line trains. Most notably AirTrain JFK was the first Mega Project delivered in the New York – New Jersey Metropolitan Region following the attacks of September 11, 2001.

Prior to his service at the with the Port Authority of New York and New Jersey Steven held a wide variety of positions of increasing responsibility in both the private and public sector with both national and international firms. Specific project areas that Steve has been involved with included infrastructure, transportation, petrochemical, and power generation. Since joining the Port Authority Steven’s program management responsibilities have included Airport Facilities Redevelopment at the New York – New Jersey Metropolitan Region three major airports, Airport Access Programs for New York and New Jersey, Rail Transportation Facility Development and Construction, and Bridge Redevelopment. Prior to arriving at the Port Authority Steve served at numerous locations both in the United States and overseas with firms such as Exxon. Steven and his wife Nancy have two children, Gregory and Thomas. Steve grew up in the Bronx, NY, and he and his family now reside in Glen Ridge, New Jersey.