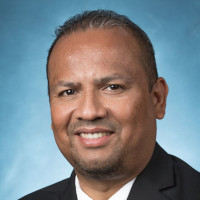 Jorge Chavez is the Assistant Director, Capital and Port Planning, of the Port Authority of New York and New Jersey Port Department, responsible for the oversight of the planning, development, management, and delivery of the department's Capital and Operating Major Work Programs by providing technical assistance and project support for the development of new and the expansion and rehabilitation of existing facilities. Mr. Chavez is a 25-year professional in the Engineering and Construction Industry in both the private and public sector.

Mr. Chavez began his Port Authority career in 2001. He has held various roles of increasing responsibilities over the past 19 years in the Engineering, Project Management, Aviation and Port Departments. During his time in Aviation, Mr. Chavez managed the construction of new taxiways and the reconstruction of two runways at John F. Kennedy International Airport in order to extend their service life and comply with current runway safety standards, as well as the installation of high speed taxiways to get aircrafts off runways more efficiently and to reduce delays. In 2016, Mr. Chavez became the Senior Engineer of Projects for the Engineering Department. In that role, he was responsible for the oversight of engineering teams, comprised of both Port Authority staff and representatives from consultant firms, supporting the Sandy Recovery portfolio which was comprised of over $2.6 billion in grant-funded projects. He was promoted to his present position in 2018.