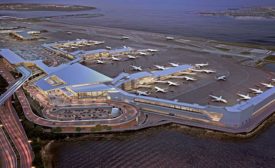 Design Firms Rely On Cushion In Place Before COVID-19 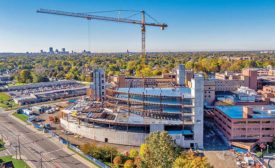 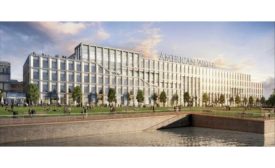 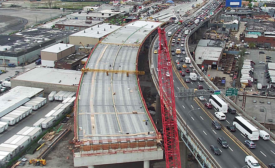 The top architecture and engineering firms in the New York region posted $3.6 billion in revenue in 2015, according to this year’s ENR New York Top Design Firm ranking.

Design Firm Revenue Rises by Over 20% in New York Region

Peter Maloney
No Comments
Revenue for architects and engineers in the New York-New Jersey region rose just over 20% in 2014, according to the ENR New York survey of Top Design Firms.
Read More

'Hesitant' Recovery Hurts Design Firms, But Some Sectors Are Picking Up

Carolina Worrell
No Comments
The overall decline in the public sector took a toll on many of the New York region's design firms last year, some of which were still trying to dig their way out of the recession. The greatest demand for design services in the sector has been and is expected to continue to be fueled by numerous multi-year transportation projects and Superstorm Sandy-related work, executives say. On the private side, signs of life have returned, especially in the residential, commercial and higher education markets, they add. Related Links: 2014 Top Design Firms Ranking 2012 Top Design Firms: Moving Forward With Caution
Read More

Esther D'Amico Carolina Worrell
No Comments
The signs of a gradual recovery are beginning to surface for the region's design firms as private sector work—especially for the commercial, multifamily and higher education markets—increases.
Read More

Esther D'Amico Carolina Worrell
No Comments
As the economy began a slow recovery last year, design firms held on for a long ride. Construction budgets and jobs were still being slashed and projects delayed, although not to the same degree as in 2010. While the ride ahead appears to be a lot less bumpy, design professionals say they are hanging on and are preparing for a long gradual recovery until activity returns to pre-recession levels. Related Links: Public Projects Helped Firms Stay Stable In 2010 "The positive thing about 2011 was stability as compared with 2010, but, even so, there was no major growth," says Ira
Read More

No Comments
Article toolbar Design firms throughout the region continue to suffer the pains of the recession, but some see signs of relief on the horizon. As with 2009, designers saw a dribble of work flow from private-sector clients last year as financing remains elusive. But ongoing public-sector and institutional clients continue to buoy the market for many firms. Public money is drying up fast, but some executives at local design firms are hopeful that a surge in private work could keep revenue flowing. Rendering courtesy of Shop Architects Barclays Center Thornton Tomasetti is part of the design team on the $350-million
Read More