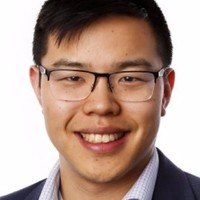 Richard Sun serves as Governor Murphy’s Senior Policy Advisor on transportation and as the Infrastructure Investment and Jobs Act (IIJA) Coordinator for the State of New Jersey. His portfolio spans innovative micro-mobility projects such as Trenton MOVES and largescale infrastructure efforts such as Gateway.

As IIJA Coordinator, Richard is responsible for maximizing New Jersey’s return on the generational opportunity presented by the Infrastructure Investment and Jobs Act. This includes maximizes federal funding, workforce development, and intergovernmental coordination and the federal, state, and local level. Prior to state government, Richard served as a City Councilman in Summit, NJ where he chaired the Public Works Committee for two years.

Richard received his BA from Columbia University and his JD from Harvard Law School, both with honors. At Harvard, he was a Teaching Fellow in the University’s Economics Department. Richard serves as an officer in the United States Navy Reserve. .