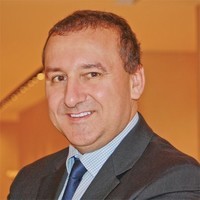 Before joining Gateway in 2017, Frank was with Société Générale for 23 years. As the head of Société Générale’s infrastructure financing team for the Americas for the last several years, Frank has been at the forefront of the public private partnership (PPP) market in North America. He has structured financings on several landmark infrastructure projects including airports, water, roads, and transit and has been involved in numerous PPP transactions in the US market, both as an advisor to bidders and as a lender. Frank has also advised on financings involving banks, private activity bonds, and taxable bonds.

Frank holds commerce and law degrees from the University of Melbourne .