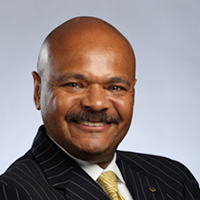 Currently vice president of human resources for Turner Construction Company’s Northeast Region, Rodney Pope joined Turner in 1995 as a project manager. He worked in estimating, purchasing, and then operations. He held various positions in operations with the New York Business Unit’s Interiors Division, including senior project manager, project executive, deputy operations manager, and vice president & operations manager. He moved to the role of vice president employee manager in human resources for the New York Business Unit in 2006. He helped lead the growth of the Business Unit from a head count of approximately 500 employees in 2006 to 1,100 in 2019.

Pope facilitated this growth by consistently leading the company in the number of college recruits employed annually and the number of internships provided year in year out. He expanded the New York Business Unit HR Department from 4 to 8 HR professionals. In his current role, he works with three senior HR directors to support all employee experiences in the region from hire to retire. He also works closely with the Learning Group in the development of leadership training programs, champions compliance training efforts, and supports headquarters in all areas of employee relations. He consistently advocates for all employees to embrace the concepts “doing the right thing” and “creating the right environment” on jobsites and in offices, and he is a thought leader in the company’s efforts to correct disparities and advance inclusivity.