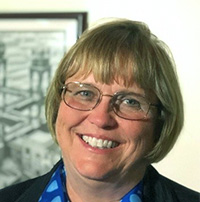 Speaker: What You Need to Know About DEI & the Infrastructure Act

Maria Lehman, P.E, F.ASCE, ENV SP,. is GHD’s Infrastructure Market Leader for the United States since May of 2020, as well as a principal and shareholder and serves on the company’s U.S. board of directors. Maria was formerly vice president for critical infrastructure for Parsons, COO and acting executive director of the New York State Thruway Authority and commissioner of Public Works for Erie County, N.Y. She has 40 years of diverse, increasingly responsible, multi-disciplinary technical and leadership experience, both in the private and public sectors, and in traditional and alternative delivery. She received her BS in civil engineering at the State University of New York at Buffalo, and is a licensed Professional Engineer in several states. he is currently the National President Elect of the American Society of Civil Engineers (ASCE).

She has served as project executive, program and project manager, and project engineer on more than 700 projects which required everything from scoping, planning, environmental studies, preparation of plans, specifications, and estimates, construction management and operations and maintenance; ranging in size from $10,000 to $3.9 billion. Maria currently serves on ASCE’s Industry Leaders Council and is a member of the Harvard Zofnass Program Sustainable Infrastructure Advisory Council.

Maria has won numerous national, statewide and local awards including and the ASCE President’s Medal, Edmund Friedman Young Engineer Award, UB’s School of Engineering Alumna of the Year, New York Governor’s Award for Excellence in Business and the New York State Society of Professional Engineers Engineering Manager of the Year.