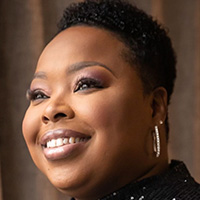 Janisha Johnson (JJ) graduated from Tuskegee University in 2003 with a BS in construction science and management. She began her career with Hensel Phelps in July of 2003 as a field engineer, office engineer, project engineer, and area superintendent and she worked her way through Hensel Phelps as the first black female project superintendent in May of 2017. She has worked in Arizona and Hawaii but has spent majority of her career in the Southern California district. In her free time, she is active at her local church, loves traveling with her roommate, loves visiting her family/friends in Cleveland, Ohio, and spending time with her favorite four-legged friend “Willow”.