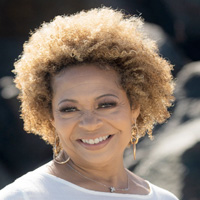 Deryl McKissack is chairwoman and CEO of McKissack & McKissack, an architectural, engineering, program and construction firm managing $15 billion in projects nationwide. During the past 30 years under her leadership, McKissack has managed such landmark projects as: the Smithsonian’s National Museum of African-American History and Culture, MGM National Harbor, Obama Presidential Center, and the Navy Pier Centennial Projects in Chicago. The firm is also known for leading the construction and serving as the architectural firm of record for the Martin Luther King, Jr. Memorial in Washington, DC.

As a licensed professional engineer and registered project management professional, Deryl McKissack is part of the fifth generation of her family to work in the design and construction field. McKissack & McKissack is the outgrowth of the nation’s oldest African-American architectural firm and traces its beginnings to Moses McKissack, a master builder who was also a slave.

After graduating from Howard University with a BS in civil engineering, Deryl worked at Turner Construction and Dames & Moore; while at these firms, she honed her experience in field work, business development, and construction management. In 1990, with a shoestring budget of $1,000 and a business plan crafted with help from a mentor at her alma mater, Deryl started McKissack & McKissack. Through Deryl’s guidance and vision, McKissack & McKissack has grown to 150 employees, with offices in Washington, D.C.; Baltimore; Chicago; Los Angeles; Dallas; and Austin. The firm is ranked by Engineering News Record as a national Top 50 Program Management, Top 100 Construction Management-for-Fee firm and top 25 Architecture firms as ranked by the Washington Business Journal. McKissack also received the DC’s Business of the Year Award by the DC Chamber of Commerce in 2017. She was named the 2013 Engineer of the Year by the District of Columbia Society of Professional Engineers.