Greg Aragon
No Comments
The new $110-million Life Sciences building at Loyola Marymount University (LMU) in Los Angeles is designed with an array of state-of-the-art learning equipment inside. But when complete in two years, the three-story project will also dazzle with a unique and complex exterior.  Image courtesy of CO Architects/C.W. Driver The building skin is made up of cement and metal panels, unitized glazing, stick-framed glazing, point-supported structural glass walls and a green roof system. Related Links: Read Other ENR California Project Stories First Net-Zero Bio Lab Nearing the Finish Line "The greatest challenge on the LMU-Life Science Building is the design, coordination
Read More

Designers Position for Growth in 2013 and Beyond

Scott Blair
One Comment
Design firms in California are feeling a renewed—though cautious—sense of optimism. The top firms posted $3.49 billion in billings during 2012, an increase of just 1% over the previous year, but many company executives expect the pace of growth to pick up in the rest of 2013 and beyond. Related Links: Engineering News Record Architectural Record "We started 2013 with the largest backlog in our firm's history, and while the market remains somewhat unsettled, we're seeing much more enthusiasm in our clients and they are embarking on new developments," says Rick Emsiek, partner at architectural firm MVE & Partners Inc.,
Read More

David M.
No Comments
For 20 years, the J. Craig Venter Institute (JCVI) has advanced the study of the genetic code through innovative research and policymaking to improve human health and further environmental sustainability. Related Links: New Bayside Museum Seeks Net-Zero Energy Goal David and Lucile Packard Foundation Designed for Net-Zero Energy Consumption The research institute now is applying its vision of sustainability to its new 45,000-sq-ft Western headquarters in La Jolla, being constructed by McCarthy Building Cos., San Diego. When completed in the fall, the $39-million campus will be on track to become the world's first net-zero energy use biological laboratory."We realized that
Read More

Greg Aragon
No Comments
The Huntington Library in San Marino, Calif. is renowned for classic Beaux-Arts structures and lush, sprawling lawns. So when the 96-year-old museum recently decided to build a new $60-million Education and Visitor Center, a major landscaping component was naturally part of the project. Image courtesy ARG Entrances to the new buildings are shaded by transitional trellises which blend into the landscaping. Related Links: Read About Other California Projects "This is the construction of a garden, not just of buildings," says Laurie Sowd, vice president for operations at The Huntington Library. "And that dictates very different construction techniques and sequencing."The project,
Read More

Scott Blair
No Comments
﻿Crews are rapidly placing track sections in advance of the spring 2014 opening of the Oakland Airport Connector. Conceived in the early 1970s and started in 2010, the $484-million project will connect the Bay Area Rapid Transit system to the airport. The project is about two-thirds complete, with system testing commencing later this year, a BART spokesperson says. Related Links: Video: Oakland Airport Connector Nighttime Crane Lift Flatiron/Parsons JV Awarded Contract for Oakland Airport Connector Bigge Crane and Rigging, San Leandro, Calif., is providing and operating the cranes on the 3.1-mile project. Several of the lifts have occurred during overnight
Read More

Scott Blair
One Comment
Condos have staged a comeback. The multifamily and hospitality sector achieved a major turnaround in 2012, placing 10 projects, totaling nearly $2.4 billion, on ENR California's Top Starts list. In 2011, only two $100-million-plus projects in that segment got under way. In 2010, there were none. Related Links: View the Ranking of the Top 35 Construction Starts of 2012 in California ENR California The $800-million Graton Resort and Casino was the largest hospitality project to break ground last year. Located about 50 miles north of San Francisco, the project's total cost includes a multistory hotel in a planned later phase.
Read More
Previous 1 2 … 39 40 41 42 43 44 45 46 47 … 64 65 Next 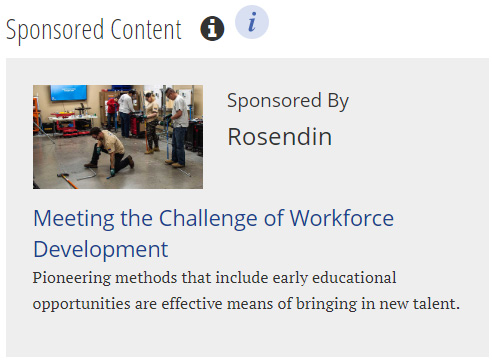