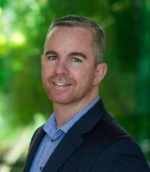 When an additional 50,000 residents were predicted for the population of Uppsala, Sweden, by 2050, the city’s planners set out to create a new district with 33,000 housing units—and they wanted do so in a sustainable way.

It’s a familiar scenario, one playing out around the globe: housing crisis meets climate impacts. In Uppsala, they found a way to make sure new homes would not harm the biodiversity of the city-owned forest land where the new district is slated for construction while still fitting into existing city systems. It started with a location-aware digital twin enabled through a geographic approach.

This approach, using a geographic information system (GIS) with other data sources, is being adopted more widely by architects, engineers and construction professionals who need to understand the how and where of development impact for the project life cycle, from pre-construction through operations. As dynamic 3D models, digital twins can show real-world objects, relationships, and behaviors as they are or as they could be. They unite information models—for buildings (BIM), cities (CIM), land (LIM), and networks (NIM)—with other data streams such as historical plans, weather patterns, topography, and demographics.

In Uppsala's case, city planners built their twin on top of a digital elevation model captured with LIdar scanners to show the topography, existing buildings, and trees. The model also includes detailed zoning plans, maps of existing habitats as well as information on the city's water, wastewater, transportation, and energy systems. The layered data helped planners design green corridors and housing blocks with courtyards so that large tree groupings remain. The digital twin also allowed planners to identify necessary upgrades to services and to test them with finite element analysis, while ensuring architecture and engineering firms' projects were meeting the city’s efficiency and sustainability goals.

Within the digital twin, proposed development of the district could be analyzed against sustainability indicators and climate-related weather patterns. Planners could test outcomes of different designs or materials—a move that led them to prioritize the use of renewable building materials such as sustainable forestry initiative wood to meet mandates.

Unique to digital twins based on a GIS is the flexibility to plan and iterate while seeing the local impact of infrastructure work. For example, engineers and construction crews working on a bridge in the northeastern U.S. used internet of things (IoT) sensors to track risks as they upgraded the structure. The sensors fed a GIS-based 3D map in real-time, demonstrating design impacts and allowing them to adjust in the moment.

Decision-makers increasingly need to see beyond BIM to the relationships a building, neighborhood, system, or network has with other networks and larger cityscapes.

Incheon, one of the largest cities in the Republic of Korea (South Korea), has used GIS for years to monitor and respond to everything from gas explosions to an uptick in Dengue fever. More recently, in 2021, planners created a 3D geographic base map using LIdar scans of the entire city to build a digital twin so they could understand and analyze new construction projects and their potential impact on the urban landscape.

Incheon plans to expand its digital twin to manage even more assets such as sewer systems, power grids, telecommunications, and subways.

Beyond planning and construction, AEC professionals rely on digital twins to understand operations—to see performance in real time, and make decisions that drive safety and efficiency. This work scales from a large facility, like an airport, to a complex utility or water network.

Since 2017, Amsterdam Airport Schiphol staff have used their digital twin, known as the Common Data Environment (CDE), for planning and operations. Contractors working on construction projects as part of a larger capital improvement program to renovate facilities for Schiphol, provide construction data that is captured in BIM and then converted to GIS for visualization and modeling. The 3D models give managers, technicians, contractors, planners, and other stakeholders detailed views of current construction projects.

As a GIS-based digital twin, CDE organizes data from sources such as the existing BIM, and attributed data from other systems to display project changes and incidents. Within a secure digital environment, the twin incorporates financial records, documents, project portfolios, real-time data from remote sensors across the 7,000-acre complex, and the location and maintenance history of the airport’s 80,000 assets. This data is then displayed within a dashboard setting for staff to monitor.

The airport’s digital twin supports predictive maintenance of Schiphol indoor and outdoor assets ranging from runways and lighting systems to information booths and fire extinguishers. It enables staff to identify issues ahead of time and fix them before they affect operations.

The agency’s digital twin uses LIdar scans of assets, subsurface utility data, high-resolution drone imagery, and traditional surveys for ground control. As a 3D GIS model, the twin is spatially accurate to within one inch and tied to real-world controls. Assets and sensors correspond, enabling staff to see real-time information about system conditions for greater operational awareness and proactive maintenance. As GCDWR maintenance staff retire, the spatially accurate model also serves as organizational memory, in itself a form of infrastructure. It bridges the gap between new crews and existing operations while providing an instructive virtual representation of company sites.

Matt Piper is the Global Director for Industry Solutions at Esri and Leads the Utilities, Water and AEC Sectors. He is a professional engineer who has 20 years experience working in the utilities industry.

Matt Piper is the Global Director for Industry Solutions at Esri and Leads the Utilities, Water and AEC Sectors. Matt is a Professional Engineer who has 20 years working in the Utilities industry. Known for being a respected subject matter expert in Asset Management, GIS and Business Intelligence and as an Industry thought leader on how the value of GIS can be applied across an organization.