The Pennsylvania Turnpike Commission (PTC) was created in 1937 to construct, finance, operate and maintain the Pennsylvania Turnpike. In 1940, the 160-mile roadway opened for business to become America’s first superhighway. Today, PTC oversees one of the nation’s busiest and longest highway systems with annual toll revenues totaling $866 million, ranked second in the U.S.

PTC’s mission is to operate a safe, reliable, customer-valued toll road system that supports national mobility and commerce. Now, with 552 total turnpike miles, PTC spends about $600 million annually on new construction projects and maintenance to ensure the highway is safe, reliable and efficient.

Review of Systems and Processes

In 2004, as the number of new construction and maintenance projects continued to increase, PTC implemented an enterprise collaborative project management system to better manage the scope and volume of these projects. The application it selected was one of the first cloud-based applications and the leader in the category at the time. As an early adopter of cloud-based technology, PTC ultimately made this application its standard on all projects. While the application served the commission well at the time, the vendor was ultimately acquired, and product development and enhancements slowed dramatically.

“We certainly had misgivings about the situation, but there just wasn’t a better option on the market, and migrating to a competing system would’ve brought us back to square one,” said Jeff Wilson, Engineer Project Manager.

In 2010, PTC reviewed its existing systems and processes and concluded it needed to consolidate systems and move to a next-generation project management and collaboration platform. PTC gathered requirements from its design, construction, facility management and IT teams and then went through an extensive RFP and vendor evaluation process.

A Solution for the Future

Kahua was designed as a Platform-as-a-Service (PaaS) and not just a predefined project management application. With PTC’s legacy solution, developing new applications or modifying existing ones was a tedious, time-consuming process requiring developers to set up a database for each new application, user accounts and security, reporting, UI design, etc. With Kahua, those infrastructure components already exist in the platform, freeing the user to focus on the business process, forms and workflow, enabling much speedier app development. Additionally, Kahua’s online marketplace, the kStore, contains a variety of apps that have already been built and tested on the Kahua Platform, such as Design Review, Checklist and Value Engineering.

In order to realize the value of the investment PTC made in various systems, integration among these applications was critical. Because the Kahua Platform was built using open APIs, PTC found that it could easily integrate its Kahua applications with its legacy and other third party applications.

One of the biggest shortcomings of PTC’s legacy system was the hub-and-spoke architecture, which was causing data ownership issues among PTC’s subcontractors, architects and engineers. Instead of hub and spoke, Kahua is designed as a hub-to-hub configuration.

With hub-to-hub, each company has its own Kahua database, allowing all project partners to truly collaborate, share documents and data, and assign and manage project tasks using the workflow capabilities of Kahua. In this model, each entity owns its own data and can customize workflows in its Kahua database to match its own company standards.

Prior to the selection of Kahua, PTC performed a detailed analysis of its systems and processes to establish a baseline for tracking performance improvements with the new solution. The more noteworthy and tangible improvements included:

In addition to receiving positive feedback about Kahua’s intuitive user interface, PTC conducted a before/after analysis of the number of clicks required to complete some of its key business processes. As a result of Kahua’s modern interface and workflow automation, PTC was able to reduce the number of clicks to complete the Change Order/RFP/Submittals/Approval Process by over 50% while seeing a 30% click reduction for its Submittals and RFI processes, which creates a considerable time savings for users.

Since Kahua already has many out-of-the-box integrations with a number of leading technologies, seamless integration was far less complicated than with PTC’s legacy systems. With Kahua’s open API, PTC was able to easily integrate with leading technologies, including Bluebeam, DocuSign, PlanGrid and PTC’s Microsoft tools such as Windows Explorer, Outlook and Excel.

Because Kahua’s Platform enables rapid application development, PTC was able to automate additional business processes that could only be performed manually. One of the first apps that PTC developed was the Right of Way Tracker App, which was developed on the Kahua platform in less than four days. PTC was also able to easily modify a number of other Kahua apps to conform to its business processes and workflows. In addition, PTC can take advantage of a number of other apps available in Kahua’s online marketplace, the kStore, that have been built by customers and their network of certified third party developers.

Through the implementation of Kahua on all new projects, PTC has saved over $5 million per year. In addition, PTC has realized additional benefits, including improved usability by reducing the number of clicks, seamless integration with its legacy and third party applications and a platform for developing and launching apps quickly in support of its operational needs.

With Kahua, you can minimize time-to-value and operate at peak efficiency today — with the agility to quickly adapt and innovate as changes in the industry dictate tomorrow. Learn more at kahua.com 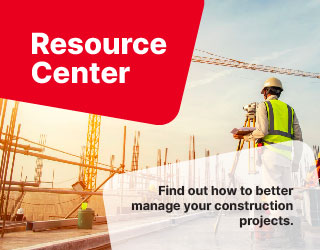 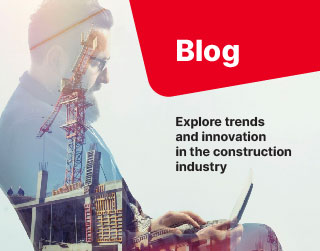